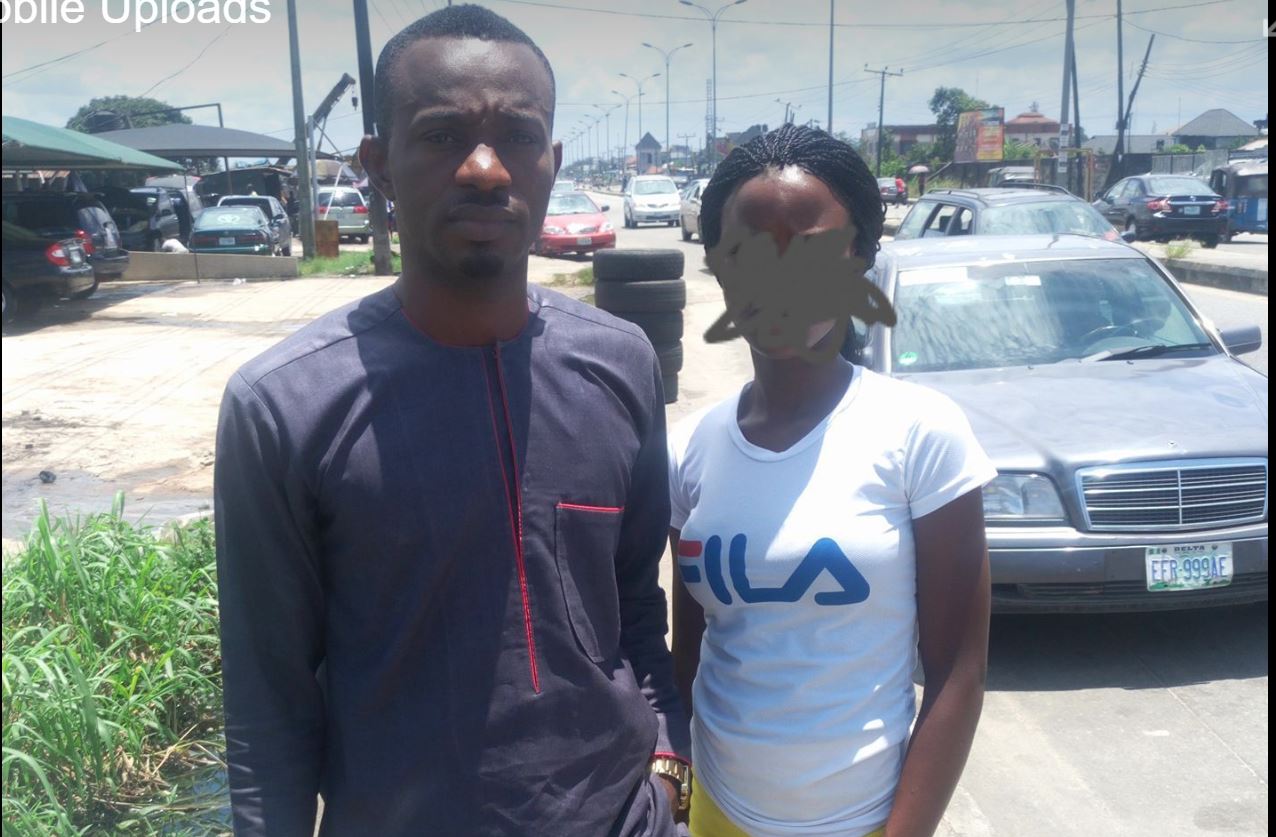 An unidentified soldier and three others have been accused of gang-raping a pregnant woman and her sister in Delta State.

According to a Facebook user, identified as Israel Joe, he said one of the ladies fell critically ill after the incident and was rushed to Navy Hospital Effurun.

The Facebook user said that the sad incident happened on Tuesday, 26, 2018.

READ ALSO: NO DON’T DO IT, I’M NOT LIKE THE OTHERS! Las Vegas woman narrates how Cristiano Ronaldo raped her

While asking for justice, Mr Joe said “If all avenues are explored and the army remains adamant, there will be a press statement addressed straight to the Chief of Army staff.”

“On the issue of gang rape at Mami barracks where three persons and one alleged soldier raped a pregnant lady and her sister on Tuesday this week, we are following keenly.

“The other lady that took ill critically and was rushed to the Navy Hospital Effurun yesterday and she is still on admission.

“The soldiers at 3 battalion Effurun has stampeded us for about an hour this morning refusing to hand over the suspect that was caught yesterday to the police ably led by a woman DSP. Their integrity does not worth the lives of innocent Nigerian girls.

“I’m not threatening the Army authority but my promise is on the premise of justice that we shall get the suspects and prosecute them whether they like it or not. If the army doesn’t want a sour on the cordial relationship we enjoy, upon this issue our stand remains for justice.

“If all avenues are explored and the army remains adamant, there will be a PRESS statement address straight to the Chief of Army staff. A stitch in time saves nine.”

READ ALSO: IT’S BEEN A BATTLE AND IT HASN’T ENDED YET! Djinee gives update on recovery 34 days after horrific car accident 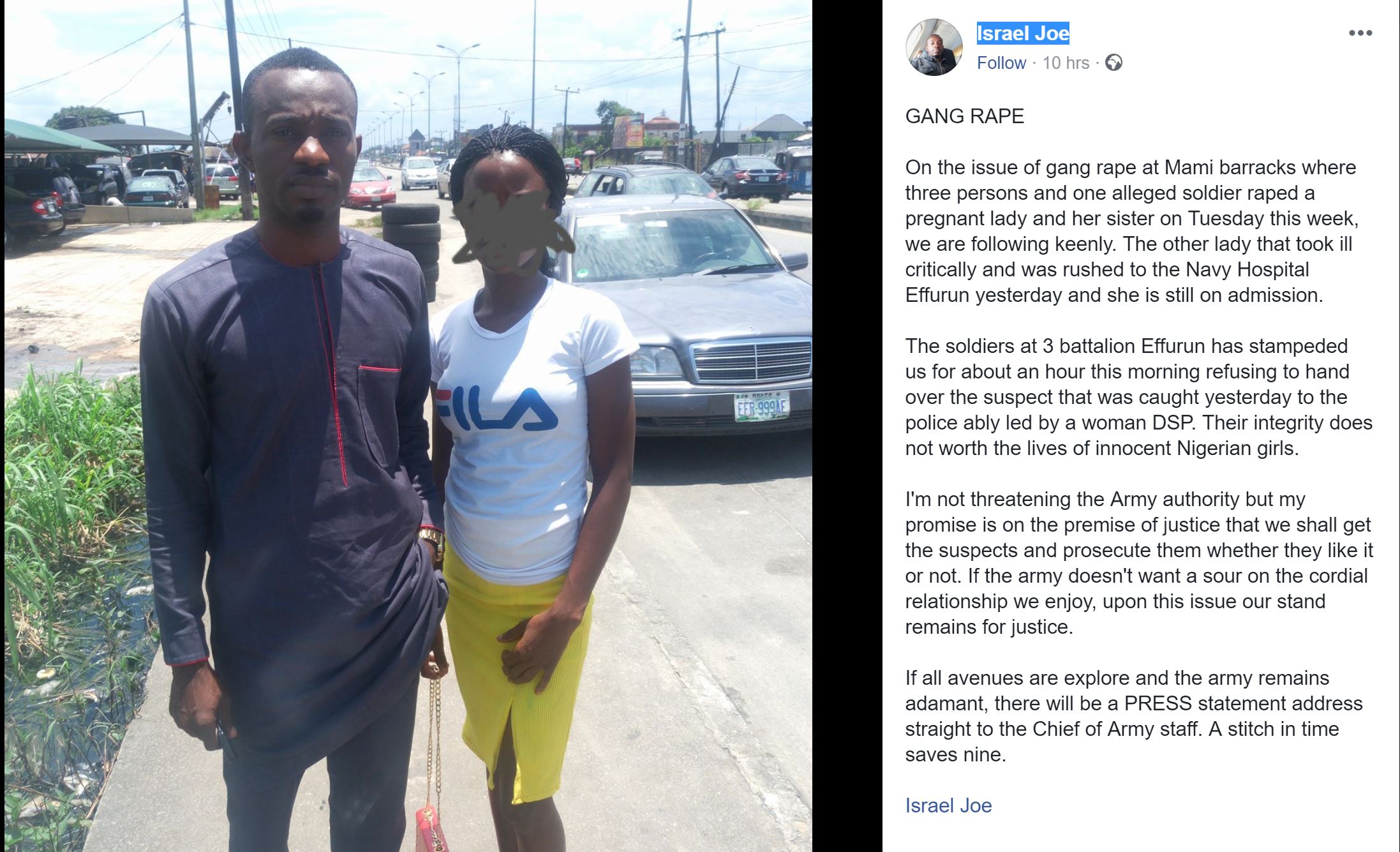 FOR PESTERING HIM FOR N200 BALANCE! Cart pusher stabs 49-year-old labourer to death in Lagos
HE WAS A BOKO HARAM FIGHTER! Soldiers kill ‘Spiderman’ in Borno