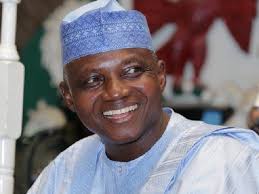 The Presidency on Saturday said the views expressed by Malam Mamman Daura, on zoning were personal to him and did not, in any way, reflect that of either the president or his administration.

Malam Garba Shehu, the Senior Special Assistant to the President on Media and Publicity, stated this in a statement in Abuja.

He said that Mamman qualified as an elder statesman with a national duty to hold perspectives and disseminate them as guaranteed under the national constitution and laws of the land.

He added that ”he does not need the permission or clearance of anyone to exercise this right.”

The statement read in part: ”We have received numerous requests for comments on the interview granted by Malam Mamman Daura, President Muhammadu Buhari’s nephew to the BBC Hausa Service.

”It is important that we state from the onset that as mentioned by the interviewee, the views expressed were personal to him and did not, in any way, reflect that of either the President or his administration.

”At age 80, and has served as editor and managing director of one of this country’s most influential newspapers, the New Nigerian, certainly, Malam Mamman qualifies as an elder statesman with a national duty to hold perspectives and disseminate them as guaranteed under our constitution and laws of the land.

He did not need the permission or clearance of anyone to exercise this right.

In an attempt to circulate the content of the interview to a wider audience, the English translation clearly did no justice to the interview, which was granted in Hausa, and as a result, the context was mixed up and new meanings were introduced and/or not properly articulated.

”The issues discussed during the interview, centered around themes on how the country could birth an appropriate process of political dialogue, leading to evaluation, assessment, and a democratic outcome that would serve the best interest of the average Nigerian irrespective of where they come from.

”These issues remain at the heart of our evolving and young democracy, and as a veteran journalist, scholar and statesman, Malam Mamman has seen enough to add his voice to those of many other participants.” 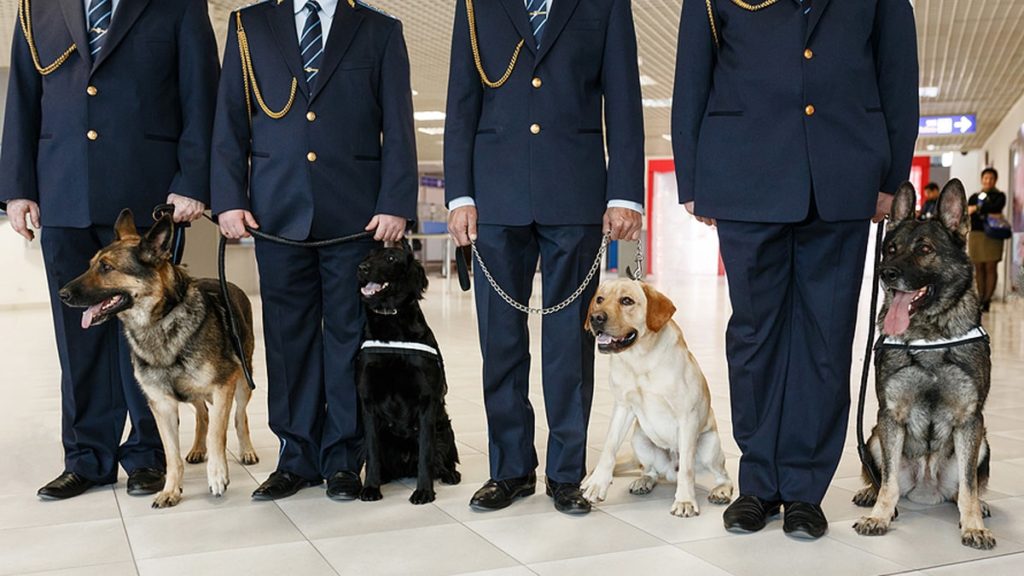 Coronavirus-sniffing dogs capable of detecting the infection with 92 per cent accuracy have been recruited to vet travellers arriving in the United Arab Emirates at Dubai airport.

All travellers must be tested for COVID-19 prior to their trip before showing the confirmed negative result on arrival.

According to DailyMail UK, Dubai International Airport has now also introduced the use of police sniffer dogs who are capable of detecting coronavirus among passengers within minutes.

It comes as the UAE reported a total of 61,163 coronavirus cases and 351 deaths.

Dubai’s Ministry of Interior in a statement stated that,

The process begins with a sample of body odour being taken from a passenger’s armpit before it is placed inside a container in an isolated room.

The specially-trained dogs then sniff the samples through a funnel-like contraption and, if they detect coronavirus, the passenger is then directed to take the nasal PCR test.

The dogs never come in direct contact with the passengers.

Sniffer dogs have previously been used to detect several other diseases that can affect body odor such as cancer and malaria.

Last month researchers from Germany trained army sniffer dogs to distinguish between samples of fluids from patients infected with SARS-CoV-2 and healthy donors. 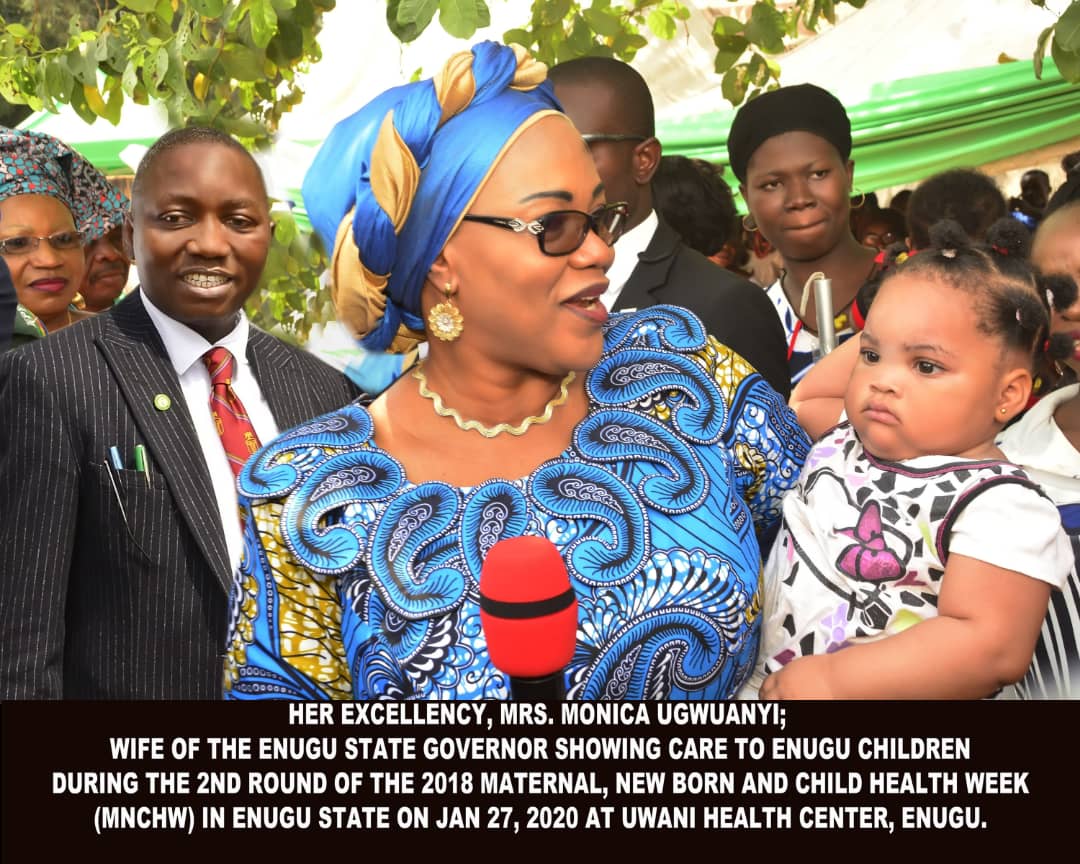 It said this entailed giving the baby water for the first six months without mixing with any form of food.

Ugwu spoke on the background of the ongoing month-long statewide exclusive breastfeeding sensitization organized by ENS-PHCDA, which started on Aug. 1.

He said that during exclusive breastfeeding, the feeding of the baby should be done on the baby’s demand for food and “never on the personal timing or convenience of the nursing mother’’.

The executive secretary also said that the nursing mother should adopt a right and up-right sitting position during breastfeeding as well as ensure that the baby’s head is slightly up-right.

According to him, we want exclusive breastfeeding to support the Agency routine and special immunizations for us to produce fast-growing and developing babies and in the long run, reduce illness among infants generally.

“This move coupled with our ongoing routine and special immunizations will definitely reduce the health burden of infants within the state.

“It will largely complement what Her Excellency, Mrs. Monica Ugwuanyi, is already doing on ensuring that children in Enugu State do not have stunted growth/development due to malnutrition and lack of nutritious feeding from the early days of life.’’

The executive secretary also emphasized the importance of early initiation of breastfeeding of the child within the first one hour of birth, and exclusively, running for six months without water.

He said that there was a need to introduce solid local nutritious foods after six months to complement continuous exclusive breastfeeding, meant to last for two years or beyond.

“Breast milk remains the only prescribed and balanced food for babies as it contains natural antibodies that help fight viruses and bacteria, as well as lower babies’ risk of having asthma or allergies,’’ he said.

Newsmen report that 2020 World Breastfeeding Week, which was held from Aug. 1 to Aug. 7, had the themed; “Support Breastfeeding for a Healthier Planet.’’ 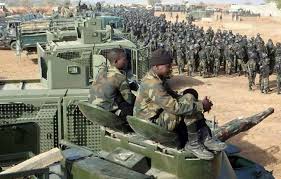 The leadership of the Senate and House of Representatives Committees on Army have lauded the effort of the Nigerian Army in curtailing banditry and other security challenges in the North West.

The Chairmen, Senate and House Committee, Sen. Ali Ndume and Mr. Abdulrazak Namdas, gave the commendation during their visit to the Special Army Super Camp in Faskari on Saturday.

The duo visited the troops of Operation Sahel Sanity with a view to ascertaining the level of success of the operation since its launch on July 6 by the Chief of Army Staff, Lt.-Gen. Tukur Buratai.

Ndume said that he had observed that farmers had returned to their farms in many parts of the region following the renewed effort of the military against the scourge of banditry.

He added that herdsmen had also been able to rear their cattle in many locations, adding that it was indicative of successes of Operation Sahel Sanity.

According to him, if the success so far recorded through this super camp is sustained, banditry will soon be history in North West.

“We are here to witness part of exercise Sahel Sanity and this visit enabled us to see things for ourselves and what we have witnessed actually gladdens my heart.

“I was really concerned about this farming season coming to pass with this issue of banditry at its peak but I am happy to see the farming activities going on as we flew over.

“That is to say the farmers have been able to go back to their farms because this banditry was at its peak when the farming season was to start.

“I can confidently tell the people that with what I have seen between here and Kaduna that we that depend on the North West for basic grains or food supply have no cause to panic and that farming activities are going on.

“We also saw herdsmen herding their cattle scattered from Kaduna down here.

“I am really elated at what the army has been able to achieve with its limited resources and from the briefing we just received, the successes recorded are very commendable.

“I am very confident that this issue of banditry here in the North West is almost now history because many of the bandits in very large numbers either been arrested or eliminated.

“Army has done a good job and I’m thinking that very soon the operation will be over with the level of successes achieved,” he said.

Namdas also commended the Nigerian army for the launch of Operation Sahel Sanity, adding that the successes recorded in one month were commendable.

Namdas said that the number of arrests of bandits and rescue of kidnapped victims also showed the level of successes so far recorded.

He said that the National Assembly particularly the House of Representatives would continue to support the army to be able to perform its duties successfully.

The Newsmen reports that the lawmakers on their arrival at the super camp were briefed on the operations and conducted round the camp by the Chief of Army Staff.

Obaseki’s aide to Ize Iyamu: No real pastor commissions dangerous thugs to subvert the will of electorate