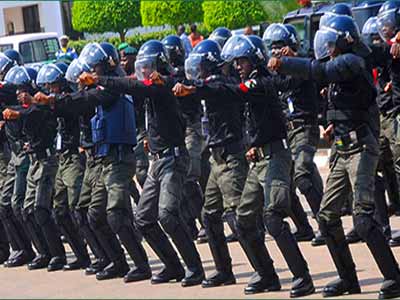 He was also said to have dumped her remains in a rubbish dump.

The Akwa Ibom Police Public Relations Officer, DSP Bala Elkana, made this known in a statement on Tuesday, adding that investigation revealed that the incident occurred on October 11.

He explained that Akpan had a misunderstanding with his wife, which led to a fight on the day.

“After a tip-off, the command arrested one Sunday Akpan, an elder in the Light of the World Mission Church, Oron Road, Uyo, for the murder of his wife, one Martha.

“The suspect, at midnight, went further by using a machete to cut the remains of his wife into pieces; he gathered them in two sacks, put the sacks in a wheelbarrow and disposed them of in a rubbish dump close to the NDLEA’s office, off Nwaniba Road, Uyo, “Elkana said.

The police spokesman said the suspect perpetrated the act in the presence of his three children, who later reported the incident to the police.

“The suspect has owned up to the crime and investigation is ongoing,” the PPRO added.

Continue Reading
You may also like...
Related Topics:murder, Police

God changed his mind, says pastor who prophesied Mugabe would die today
Why I married my wife — 87-year-old Senator