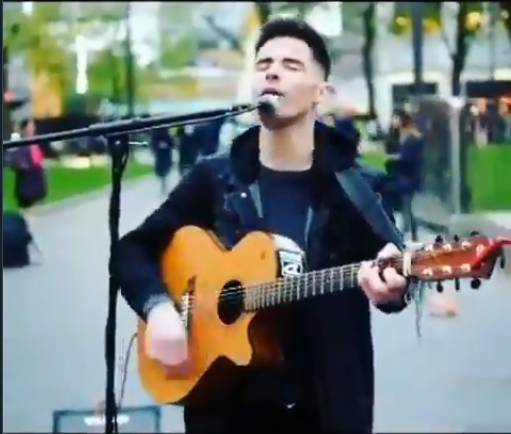 Two years after he was saved from taking his life following a disagreement he had with his girlfriend, an Irish singer Philip Dunne has reportedly lost the battle with depression.

A Twitter user Caolán Mc Aree shared the heartrending story of Dunne’s death in a thread of tweets via his handle @Caolánmcaree.

Mc Aree said he had met Dunne in 2017 looking depressed as he sat lonely on the street.

He approached Dunne and was able to cheer him up and took him home. Dunne later opened up to Mc Aree in a chat via Facebook that he was trying to commit suicide that night before Mc Aree took him off the street.

Well, exactly two years after he was saved from the claws of death, the Irish singer lost the battle to depression.

“Two years ago this week on a night out I came across a guy sitting on the ground outside, his head down looking sad. I stopped and asked him if he was ok. He said no, that he had a fight with his girlfriend and he was feeling really low.

“I asked him his name (Philip),scooped him up and brought him along with me and the rest of my friends where I did what I could to cheer him up, make him laugh and distract him from his worries.

“We stayed up until daylight, I listened to his woes and and gave him whatever advice I could to help him and then we went our separate ways.

“A few months later Philp tracked me down on fb and sent me this. 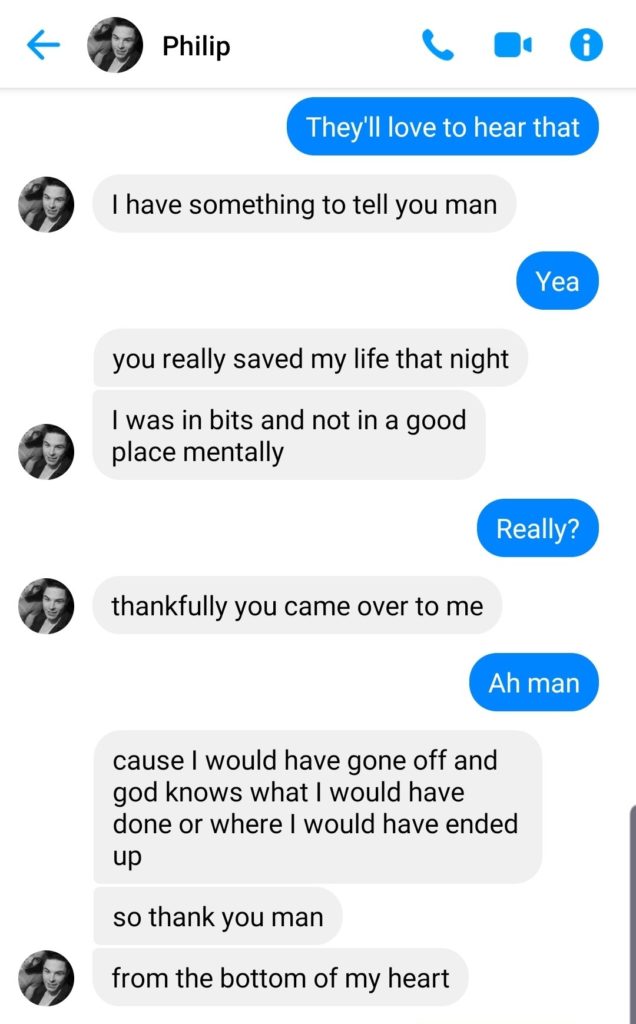 “After this we became good friends, meeting up regularly and hanging out. Philp was an amazing musician, bubbly and very handsome! If you live in Dublin you may have heard him busking on the streets.

“Unfortunately, Philip lost the battle with his demons yesterday.

“I wish I could have stayed up all night every night to save Philp but I couldn’t. What I can do though is ask you to please talk to people, check in and see if they are ok. And if you are not ok please tell someone, there is always a way out of the darkness!”

READ ALSO: I will make sure I destroy many guys before I die, lady who tested positive for HIV vows in leaked chat [Photos]

Two years ago this week on a night out I came across a guy sitting on the ground outside, his head down looking sad. I stopped and asked him if he was ok. He said no, that he had a fight with his girlfriend and he was feeling really low.

Continue Reading
You may also like...
Related Topics:Depression, suicide

Iyanya, BBNaija’s Diane share passionate kiss (Video)
I wanted to burn his house with his grandma inside, lady says as Twitter users share how they handled breakup