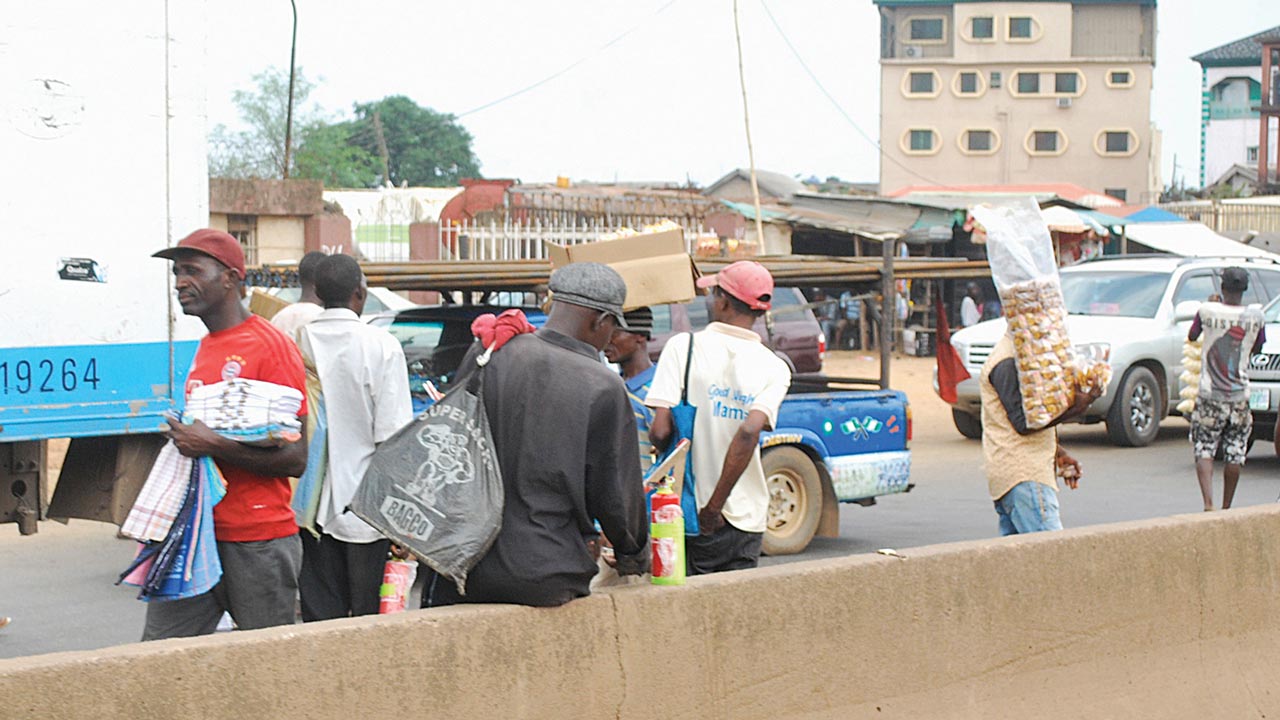 At a time when people believe the young men and women eking out a living through traffic hawking could be dubious and manipulative, a few of them have been showing good traits and changing the narrative recently.

There is a widely held notion among road users in Nigerian that when street hawkers are not selling fake or expired products, they are always eager to flee with the balance of their buyers and it is very rare to find honest ones among them. But the narrative seems to be changing.

Recall that the life of a young man changed recently from a street hawker to a shop owner after he was seen in a viral video doing the unexpected by donating sausage rolls ‘gala’ to inmates stuck in Lagos traffic. His kind gesture won him love from Nigerians as many donated money for him to quit street hawking.

A Nigerian fashion designer simply identified as Ope who just benefited from the unusual kind gesture from a street hawker took to Twitter on Tuesday to share his experience.

The man said he was held in traffic gridlock in Lagos and decided to purchase a product from a street hawker, but after agreeing to price, he discovered the cash on him was insufficient to buy the product, unfortunately it was at the time the traffic started moving.

Ope said to his surprise, the hawker, who was running after his car started suggesting several mobile banking options to him.

He said when none of the options worked, the hawker who was so desirous of selling the product to him offered to sell on credit and requested for his phone number.

“Man people are hustling in this lagos. Something funny happened to me in traffic just now between Dolphin n Osborne.

“Ok so I have always wanted to buy a Jump start cable just in case. You know the way Car Battery can mess you up.

“I saw this guy selling it in traffic under a bridge or so after Dolphin exit gate. I didn’t even plan to buy it today so I just honked and he came over.

“I asked how much and he said 4k. We finally bargained at 2500. All this while traffic wasn’t moving at all. Ok he gave me this cable and that was how traffic started moving very fast (The traffic light/LASTMA passed us).

“That was how I started looking for my wallet then I realised it was in my booth so I stretch my hand to give the guy his cable back. All this while I was driving slowly and the guy was racing hard. Other drivers were blasting horn as usual.

“Me I just wanted to drop this cable on d road for him but he was shouting bro pls do transfer n in my head i was like how the hell will I type *737* not even this FRSC that always there and the way Sanwo-Olu is Para’ing.

“Omo this thing no funny. This guy was bent on selling this item. Ok I risked typing *737* while driving slowly and I shouted *WHAT BANK * and he shouted ACCESS DIAMOND.

“Ok he told me his account number and man I didn’t have credit and this transfer didn’t go through. Which kain life.

“Ok he now said I should give him my phone number n i just remember i had my business card just in my car and I threw it on d road for him. I was driving all this while n i was like wow this guy really trust me with this unpaid item.”

Man people are hustling in this lagos. Something funny happened to me in traffic just now between Dolphin n Osborne.

Nollywood actor, two others drown in Delta
I think my hand is better than my girlfriend, says man who masturbates six times a day