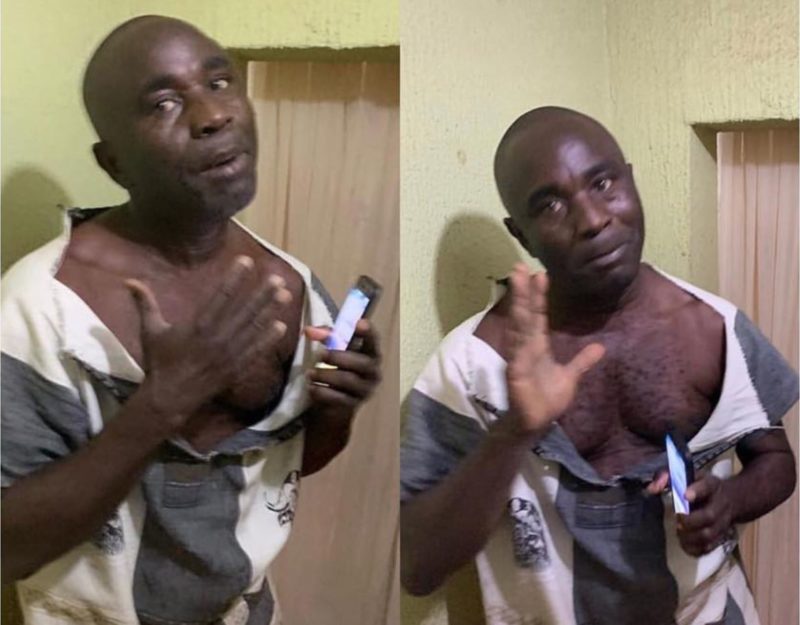 A concerned resident of Gut village in the Rayfield area of the Jos South Local Government Area of Plateau State, Jemimah Bayei, has demanded justice for the siblings, aged 13 and 11, who were allegedly defiled by a 54-year-old man.

WuzupNaija had last week reported that one James Otuneruke was caught after he allegedly molested two sisters.

It was also gathered that the 54-year-old had been molesting the girls for a while before he was apprehended last week Tuesday.

While demanding justice for the girls, Bayei, whose vigilance burst Otuneruke’s alleged crimes, said she had had cause to accost him when she noticed the two girls sneaking into his apartment but he allegedly told her that he used to send them on errands.

Bayei added that upon interrogation, the girls confessed that the man had been molesting them.

She, however, accused the officers at the Anglo Jos Divisional Police Headquarters, where the matter was reported, of compromise.

“I have been seeing them sneaking into the man’s apartment through the back door and I decided to follow up on what they used to go there to do; so, I asked the man if he was aware that the children used to sneak into his apartment through the back door and he said he was aware and that he used to send them on errands, but I was shocked because no shop opens till around 10pm; so, that was what raised my suspicion towards the man.

“Over time, I have been seeing them sneaking into the man’s apartment, but because I didn’t have evidence I couldn’t just raise the alarm. On Monday night, my friend and I saw the girls entering the man’s house; the younger sister entered first, while the elder sister was outside waiting for the coast to clear before going in.

“We were coming back from work when we saw them but I went into my apartment to drop my bag before coming out to meet them. My friend was in front, so the elder sister saw her shadow and ran into our landlord’s apartment. I followed her to ask her questions, and I also saw my landlady outside. I told her what I noticed and she said she had also noticed them going into the man’s apartment, so she sent the elder sister to go and call her younger sister and the landlady interrogated them.

“At first, they were trying to deny it until we threatened to take them to the police station and the younger one decided to confess. She said the man used to press her breast, insert his fingers into her private parts and put his ‘nana’ in her vagina and that the first time he put his ‘nana’ in her vagina, it really pained her and she said she was going to tell her mother, but the man pleaded with her not to tell her mother and that he was going to do it in a way that it won’t pain her again.”

Speaking on the police compromise, Bayei said the officers allegedly conspired with the suspect to pretend as if he was sick so as to take him away from the station.

“After Otuneruke was arrested, I was called from the police station that he was not feeling fine and that they didn’t want him to die in their station; so, they wanted to take him to the hospital and I told them to give me the name of the hospital and that I would come and check him there, but they said they had taken him back to the station but they might have to let him go, because they didn’t want him to die in their custody.

“I told them that I had spoken to the Commissioner of Police and he said that if the man disappeared from their custody, there was going to be trouble; so, someone in the background said the suspect’s situation was not as bad as portrayed and that he was better now; that was when I knew that something was fishy.”

According to Bayei, the test conducted on the younger sister revealed that she had been infected with an undisclosed sexually transmitted disease.

When contacted, the Plateau State Police Public Relations Officer, Tyopev Matthias, did not pick all calls put across to his telephone line and did not respond to a text message sent to the line.