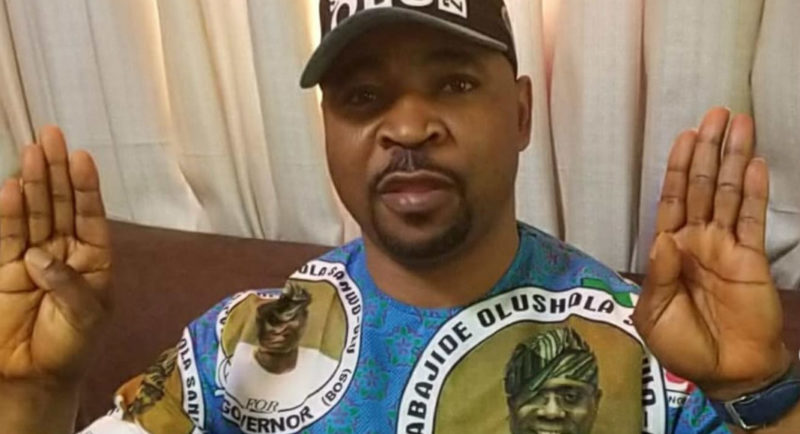 This time it is not about political events, nor his NURTW chairmanship aspiration, Oluomo has been invited as a special guest for a seminar organised by a department in the University of Lagos (UNILAG).

According to some Twitter users, the event is organised by the transport department of the university and Oluomo as well as other stakeholders in the Lagos transport sector have been invited to make their contributions.

The banner bearing the photo of Oluomo as a Special Guest alongside other speakers emerged on Twitter on Thursday morning and it didn’t take long before it went viral sparking mixed reactions among Netizens.

While many expressed disappointment as they condemned the invitation of Oluomo, some were of the opinion that as a major stakeholder in the state’s transport sector, there is nothing wrong in inviting him to speak on his field. 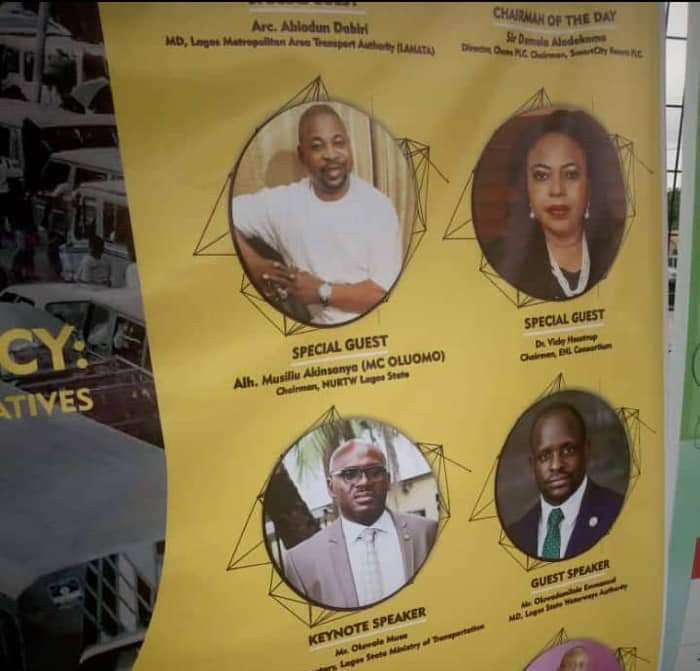 Transport department of UNILAG invited MC Oluomo who is the NURTW top Dog to come speak at an organized event and you feel he’s not worthy enough?

Some of you are just clout chasers and stupendous ignoranmus set of people.

Saw MC Oluomo trending, checked and I’ve been laughing my ass off since.

See ehn, maybe I have lost every fight in me, but I have come to terms with the fact that everything is possible in Nigeria now.

MC Oluomo will give Unilag 5M
Those that invited him together with the ogas will share 3M
They will give the remaining 2M to the institution
10 students will vow to be like MC Oluomo after graduation
At least 7 will eventually be
The evil of today will produce evils tomorrow.

Student will start seeing MC OLUOMO as their role model. 🤗

It’s only in Nigeria somebody who got no degree will be invited as a guest in a university to represent what ?

MC OLUOMO will be appearing as a special guest at UNILAG.

A known thug & political weapon of destruction getting called to appear in front of students.

This only proves education isn’t everything. The students who’re on the path to thuggery will have firm assurance.

There’s actually nothing wrong in inviting MC Oluomo to speak at an event in UNILAG.

The fact he’s a NURTW chairman doesn’t mean he’s a blockhead. He also has 1 or 2 things he can teach people and they’ll appreciate.

University of Lagos inviting a thug, MC Oluomo as a guest speaker & people are saying its cos he is knowledgeable. On what?
No wonder we call on past leaders who have looted & destroyed this country before to still lead us now cos a person’s image isn’t relevant in Nigeria. pic.twitter.com/eyAtS1nHVs

MC Oluomo has no business in this kinda gathering.
Unilag just proved to us that education is a waste of time.

What is wrong with MC Oluomo as a guest speaker in a university? What he knows about transportation in Lagos State and Nigeria are not being taught in the school curriculum. You think everything is formal education?

He is good at whatever he is doing as NURTW Chairman….still a thing or two to learn from him.

Moreover…Unilag has a lot of potential thugs..🤣😂

So catch them Young…

The rottenness the decay in Nigeria is beyond imagination 😭 pic.twitter.com/z794NRB6V3

They are prepping you people for MC Oluomo as Governor in 2027 & you people are complaining. You think he is an illiterate, Has he shown you his Affidavit? Get used to seeing his Face because you will keep seeing it dears 🙂

MORE READING!  Murder-Suicide: Mom kills her nine-year-old daughter before turning gun on self