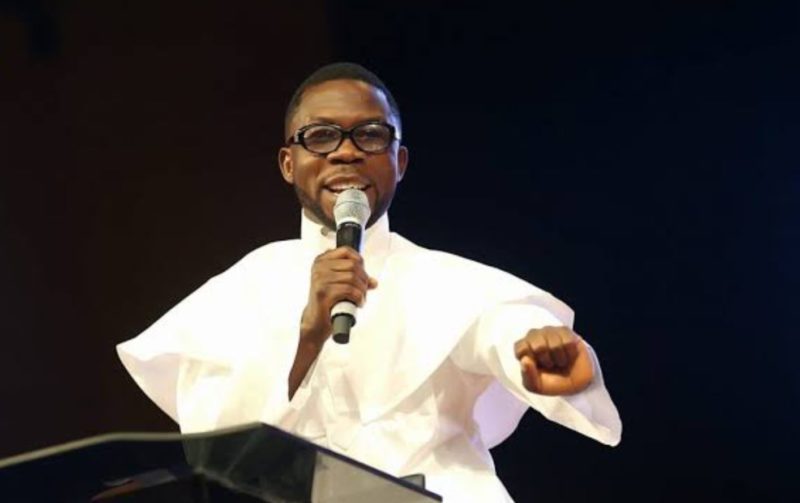 A ‘man of God’, Prophet Israel Oladele Ogundipe, has lambasted all men and women which sex lives are on overdrive, saying sexual intercourse lasting over five minutes is no longer meaningful.

In a viral video, the pastor who was preaching, said only madmen and women engage in intercourse that lasts 30 minutes.

Sex that is over five  minutes is no more sex; meaningful sex should not be more than five minutes

Alalubarika obirin, alalubarika okurin, ti oni ohun ti ojo ola fe se,  ti o mo pe ona ohun jin, ko ni ma dunu pe ohun wa lori obirin for 30 minutes. You are a mad man; awon egbe e 30 minutes na fi ka 30 million. (Loose translation in English: A fortunate man, a fortunate woman, that has a good purpose for his future and desires to go far in life will not rejoice that he is on a woman for 30 minutes. You are a mad man; your mates are counting 30 million in 30 minutes.)

WuzupNigeria reports that most men who cannot last the distance during sex are viewed with consternation and labelled “one-minute men”. On the streets, many local aphrodisiacs are on sale to boost sexual prowess and ensure a man last longer in bed.

In August, A 35-year-old man died while having sex with a 50-year-old widow in a maize plantation in Sachangwan-Chebyakwai, Kenya. The deceased had used a sex booster before the sex romp.

In 2016, 30-year-old Abalise Adimonye lost his life during marathon sex with a18-year-old lady in Anambra State. Adimonye allegedly took some sex enhancement drugs for an all-night sex romp with his lover. He died in a popular hotel at Zik Avenue at Fegge, Onitsha.

In April 2019, four students – three male and a female – died in a drug-fuelled foursome sex romp at  Sunshine Castle Hostel, Ihiagwa, Imo State. The deceased, three of which are students of Federal University of Technology Owerri [FUTO] were said to be high on tramadol and Indian hemp.

WuzupNigeria further reports that Tonto Dikeh, Nollywood controversial actress and ex-wife of millionaire businessman, Olakunle Churchill, recently described him  as a 40-seconds man. Dikeh had also said the only time Churchill lasted a minute on her was the day she conceived their son.

The revelation had generated several comments among celebrities with US-based Nigerian rapper, Speed Darlington, offering his services of Dikeh with promises to make her shake like a leaf.

Veteran reggae musician, Daddy Showkey, while denying rumours he may be experiencing health problems, said he is very healthy and can last hours in bed with a woman.

At 65, I was raped, my rapist complained I was not wet, I replied widows don’t get wet – Taiwo Ajai-Lycett
Gay father dumps elder lover for own daughter’s boyfriend, plans to have twins with him