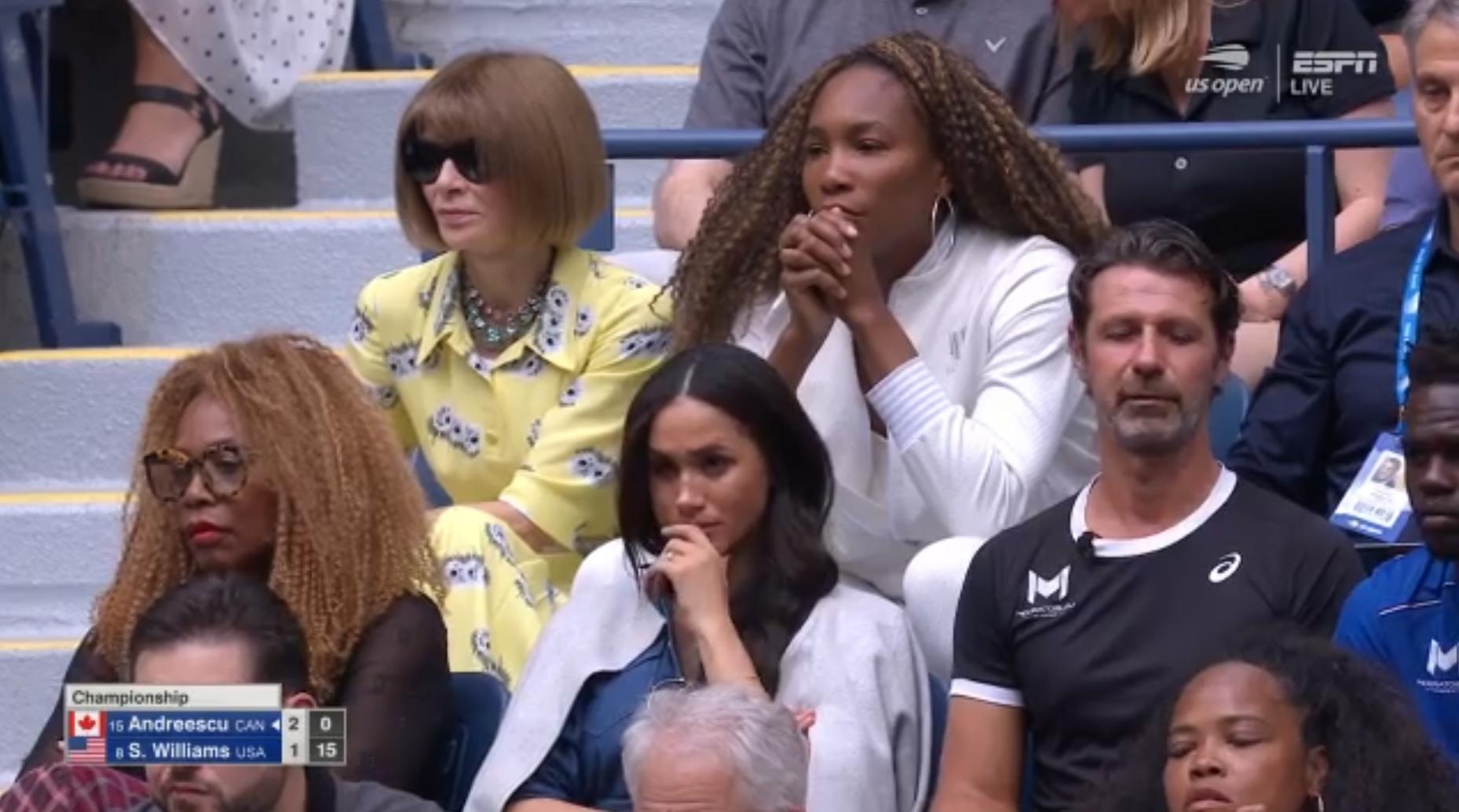 The Duchess of Sussex, Meghan Markle, has been sighted at the Arthur Ashe stadium in Queens, New York, the United States, cheering and beaming with pride as she watches her close friend Serena Williams in the Women’s US Open final.

Meghan, 38, has been pictured clapping and greeting fans on her arrival at the stadium. She

Meghan was seen sitting in Serena’s box along with the tennis star’s husband Alexis Ohanian and sister Venus Williams.

She’s dressed casually for the occasion – in a denim dress with a cream cardigan draped over her shoulders.

Mirror reports that Meghan jetted off on a commercial flight after rearranging her packed schedule to watch the US tennis star play against Canada’s Bianca Andreescu.

The new mum, who is believed to have travelled without  Prince Harry or Baby Archie, made the last minute trip yesterday morning.

Serena and Meghan have a long-standing and well-documented friendship.

The six-times US Open champion attended her royal wedding last year and, according to numerous media reports, co-hosted her baby shower in New York. 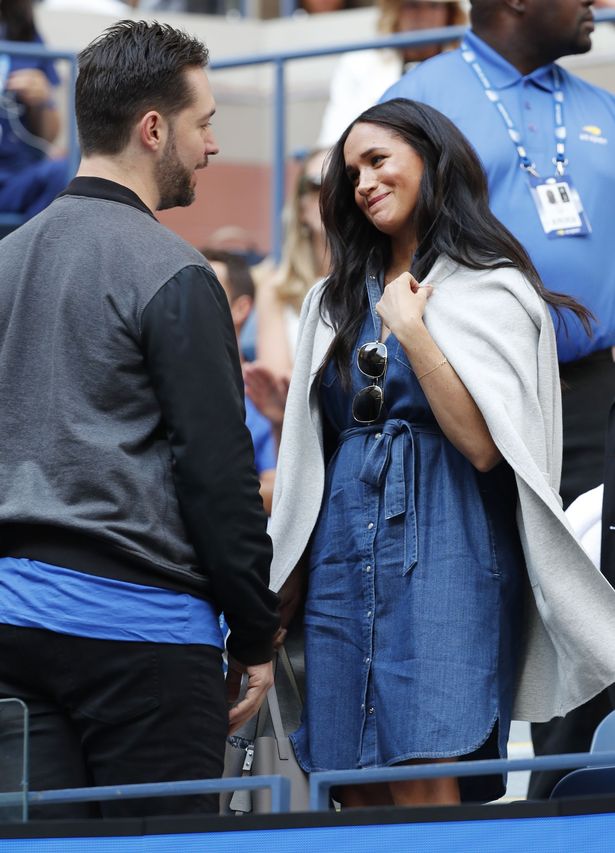 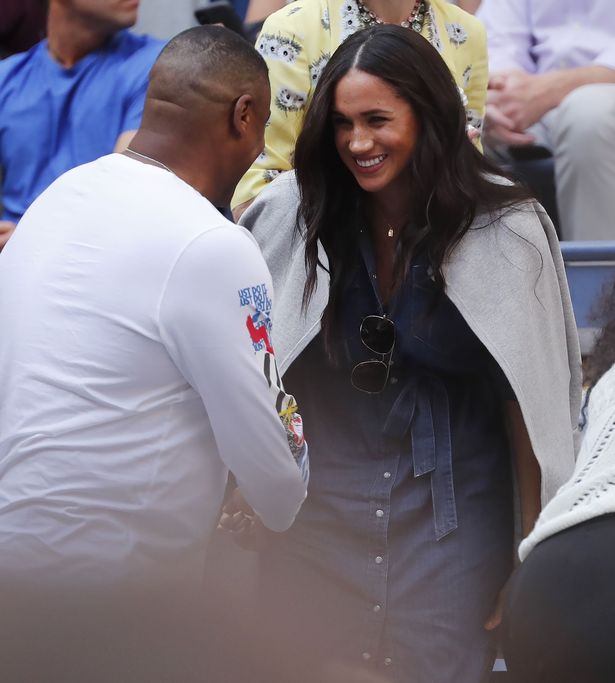 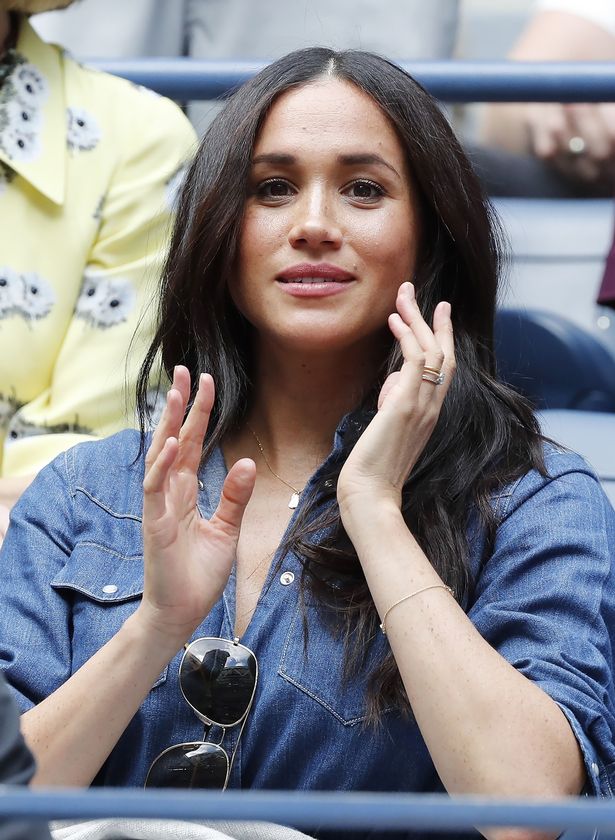 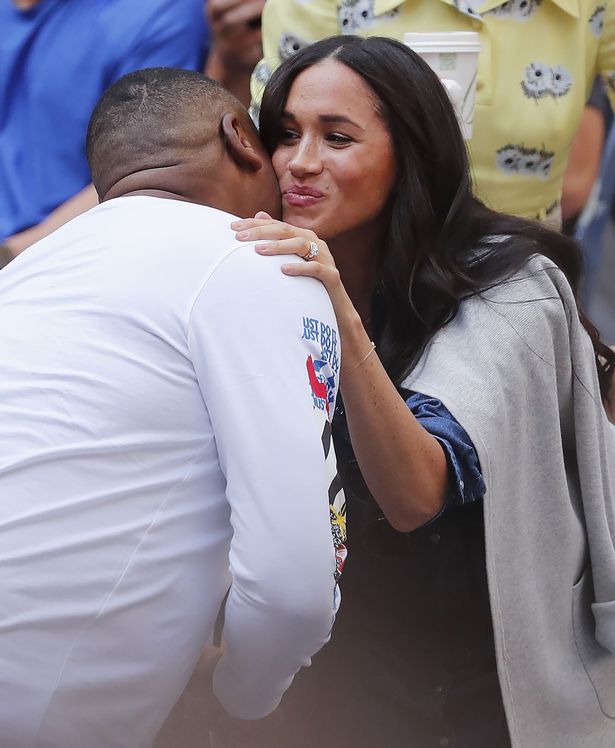 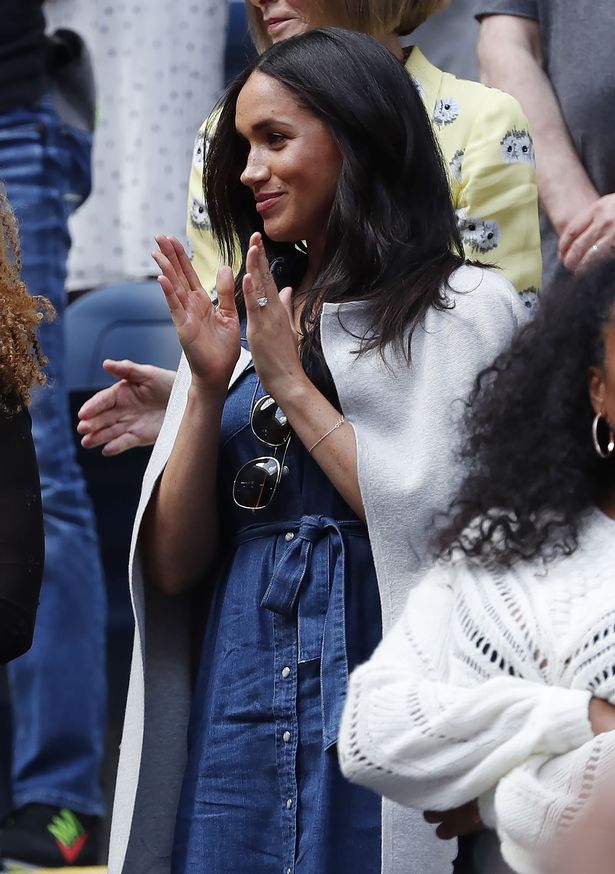 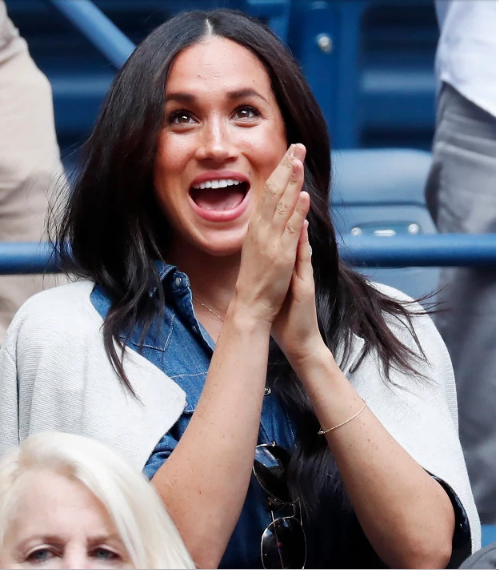 Continue Reading
You may also like...
Related Topics:Meghan Markle, Serena Williams, US Open