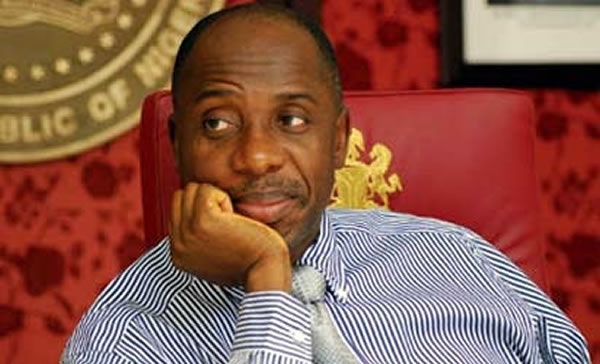 The Senate President on Wednesday asked the immediate past Minister of Transport, Rotimi Amaechi, at the ministerial screening, not to answer any questions but “take a bow”.

Lawan said Amaechi, being a former Speaker of the Rivers State House of Assembly, was a lawmaker and thus should be protected from questioning.

Incidentally, Amaechi was grilled by the 8th Senate led by Senator Bukola Saraki.

MORE READING!  Magu: Nobody is above scrutiny, Presidency says

The Senate President, who has been accused of being President Muhammadu Buhari’s stooge, was, however, in for a shock when Gombe-Central lawmaker, Senator Danjuma Goje, noted that the Senate rules do not extend the “take a bow” privilege to state lawmakers.

Goje, who is also a former House of Assembly member, said he wasn’t shown a similar gesture when he was nominated a minister as he was fully grilled by the Senate.

In his response, the Senate President said even though the Senate rules do not “apply to state lawmakers”, Amaechi should be extended the courtesy.

“I agree totally that it is not in our rules but we can regulate ourselves even without things in the rules. So, we adopt this because we should extend this privilege to the House of Assembly. I think there is nothing wrong in that. The nominee (Amaechi) is just a beneficiary by chance. We are not doing this for him.” 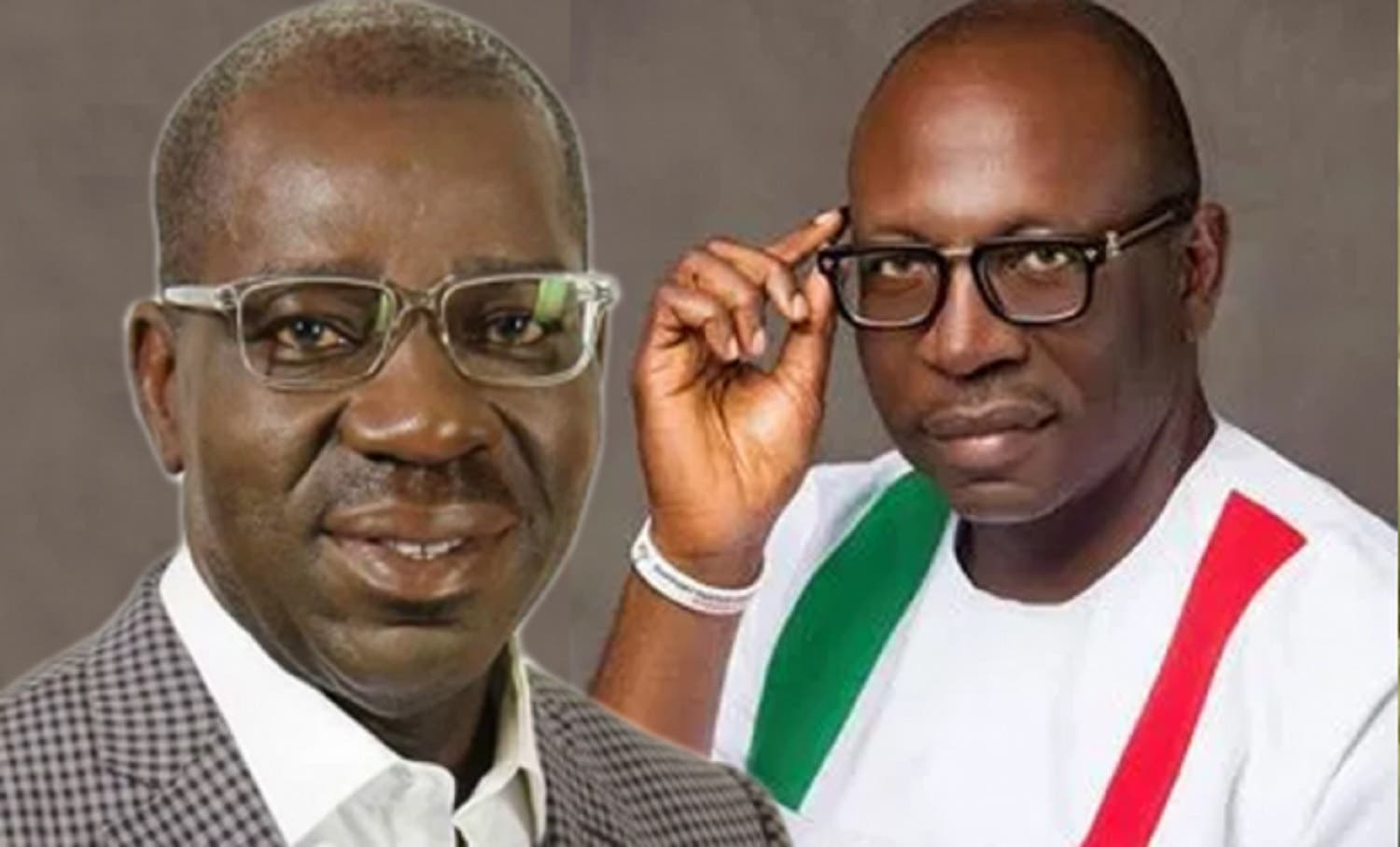 The governorship candidate of the All Progressives Congress (APC) in Edo State, Pastor Osagie Ize-Iyamu, has challenged his counterpart in the Peoples Democratic Party (PDP), Governor Godwin Obaseki, to reveal how much dollars he gave PDP’s tax collectors for the party’s governorship ticket.

He asked Obaseki to stop distracting Edo people with screening of videos involving Kano State Governor Umar Ganduje, at Ring Road, near the palace of Oba of Benin.

Ize-Iyamu, through the Director of Communication and Media of his campaign organisation, Prince John Mayaki, told Obaseki to reveal the number of state funds he wasted on his ill-thought and treacherous Comrade Adams Oshiomhole-must-go project.

“It is unfortunate that Obaseki, the outgoing governor of Edo State, has continued in his irresponsible ways, chiefs of which include the abuse of office and utilisation of state purse and agencies to pursue personal ambitions.

“In a desperate move to maintain relevance—as his name had been fast leaving the lips of Edo people, and his significance fading in their minds—he has compelled the state agency to display a disputed video involving Governor Ganduje.” 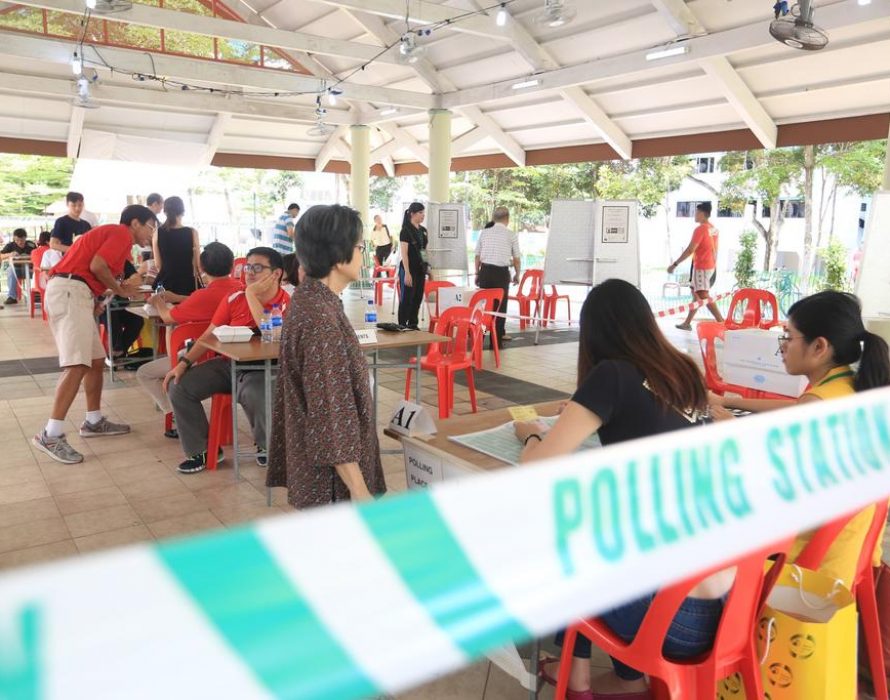 Singaporeans begin to cast their votes for the 2020 General Election as 1,100 polling stations open throughout the republic at 8 am today.

The 18th General Election for Singapore and the 13th since independence in 1965 are being held in a “new normal” with safe distancing regulations and restrictions amidst the prevailing Covid-19 situation.

Dubbed as a “critical election,” it will shape the way forward for Singaporeans in facing a shady outlook triggered by the deadly Coronavirus which has already infected more than 12 million people worldwide.

With a total of 2,653,942 electors, this is the second consecutive general election in which the PAP has fielded candidates in all 31 electoral divisions.

Among the hotly contested seats are two five-member GRCs namely Al-Junied where the Workers’ Party is incumbent, and West Coast which the PAP and the newly-formed Progress Singapore Party led by its chief Dr Tan Cheng Bock, will fight for.

For the five-member Ang Mo Kio GRC, PAP’s secretary-general Lee Hsien Loong, who is the Prime Minister, and his team are contesting against the Reform Party led by its chief, Kenneth Andrew Jeyaretnam.

Only Pioneer SMC and Pasir Ris-Punggol GRC will see a three-cornered fight in the general election.

In the 2015 general election, which saw all seats contested for the first time since independence, PAP swept 83 out of 89 seats, winning 69.9% of the popular vote, up by 9.8 points. 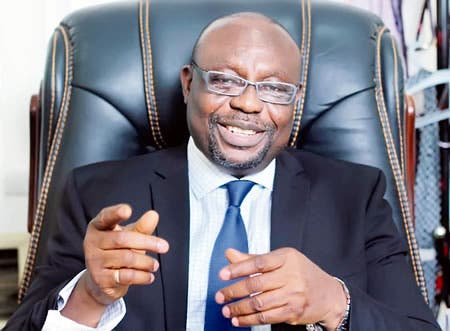 No fewer than seventeen political parties have indicated an interest in participating in the Ondo State governorship election slated for October 10, the Independent National Electoral Commission (INEC) has said.

INEC said only the Boot Party, of the 18 registered parties, has not notified it of its intention to conduct primaries.

A statement by the National Commissioner and Chairman, Information and Voter Education Committee, Festus Okoye, reads:

“The Boot Party did not give any notification of its intention to conduct primaries for the Ondo State governorship election.

“Section 85 (1) of the Electoral Act makes it mandatory for registered political parties to give the commission at least 21 days notice of any congress or meeting convened to nominate candidates for any elective offices specified in the Act. Details of the parties and their calendar of congresses/primaries (including dates and modes of primaries) have been published on the commission’s website and social media platforms.

“Parties are required to submit a comprehensive list of all the delegates eligible to participate in the primaries at least seven days before the scheduled date.

“The INEC portal for uploading nomination forms will open on July 21 and close at 6pm on July 28. Parties must also observe all the health protocols and guidelines stipulated by the commission, Presidential Task Force (PTF) on COVID-19, the Nigeria Centre for Disease Control (NCDC) and the state. They must also enforce the ‘no mask, no voting’ policy in their primaries.

Video of slay queen having s3x in a car goes viral