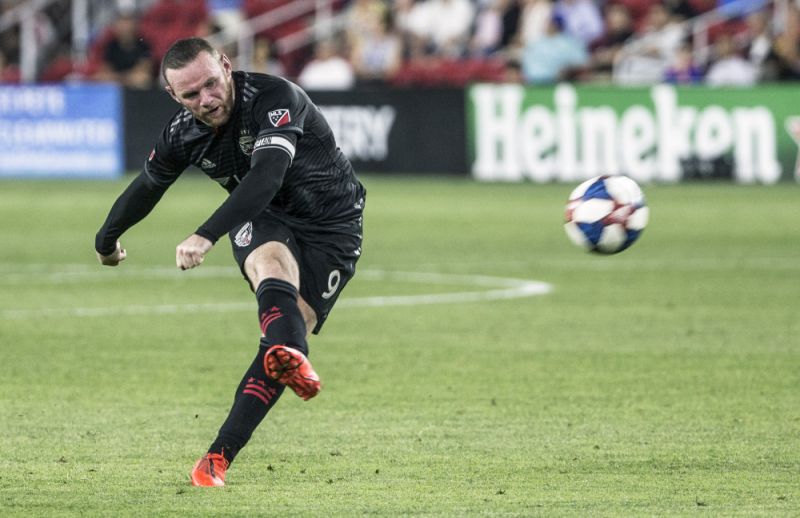 The former Manchester United star, who is now in his second year in the American Major League Soccer (MLS) with D.C. United, scored a superb goal on Wednesday night in a 1-0 win against Orlando City that will be on his career highlight film whenever he decides to walk away from the beautiful game.

The 33-year-old forward left fans in awe as he scored the goal with an amazing strike from his team’s own end.

Orlando City SC goalkeeper Brian Rowe was off the line and could only sprint back toward the net, seconds before, D.C. United forward Wayne Rooney, some 65 yards away behind the midfield line, had already noticed the opportunity and launched the ball, scoring DC first goal in the 10th minute.

Wednesday night’s strike from long distance reminded again his days in the English Premiere League where he scored a similar goal for Manchester United and Everton from his team’s end of the field.

This is why Wayne Rooney is trending! Madness #GlazerOut #FootballTogether #mufc still need him pic.twitter.com/FAdwvbA8Zq

I was amazed by Rooney’s wonder goal from his own half. Some compared it to Dave Beckham but this was on another level. Not only was Wayne inside his own half, I heard he was in America when he hit the ball – that has to be thousands of miles at least. Goal of the century for me.

With Manchester United
With Everton
Now, with D. C United

Everyone stop what you are doing, Wayne Rooney has just done this! 😳pic.twitter.com/0PiYwqIxfd

Wayne Rooney has now scored a halfway line goal for every club he’s played for. The only player to have ever done it 3 times. Did it for Manchester United. Did it for Everton. Did it for D.C. United. This is too beautiful to watch. A legend ❤️

Wole Soyinka: Respecting elders is just an excuse not to challenge them – Seun Kuti
This is why Timi Dakolo is angry with COZA pastor, Biodun Fatoyinbo [Video]