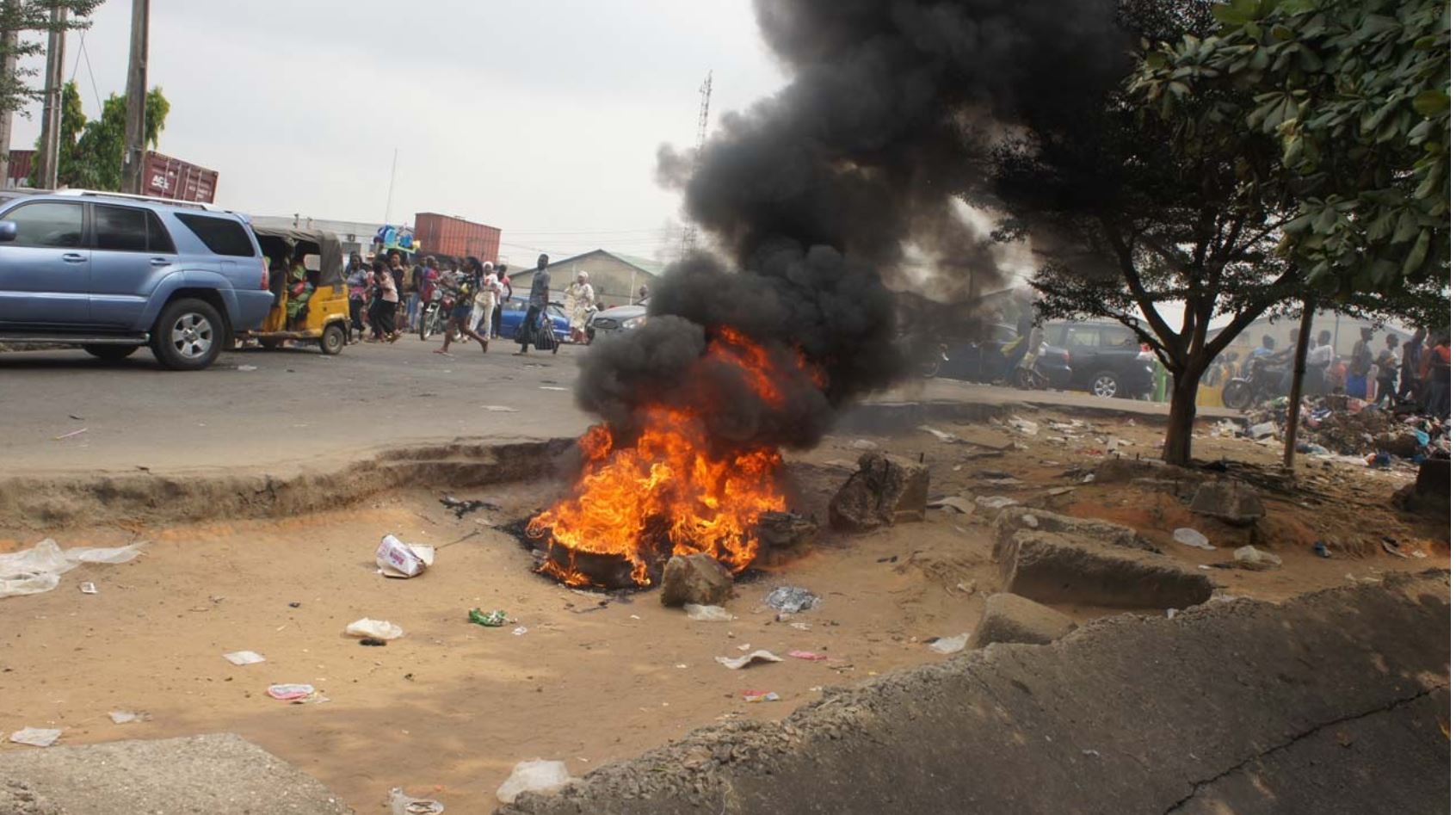 An irate mob, on Thursday, butchered and burnt two suspected robbers to death after they allegedly attempted to rob a Point of Sale (PoS) business centre along the Green Villa Road, Biogbolo area of Yenagoa, Bayelsa State.

The suspected robbers were said to have stormed the centre in a Lexus Jeep robbing clients waiting to deposit and withdraw money but met their waterloo when the PoS attendant raised alarm.

An eyewitness said the robbers were caught by passersby who upon hearing the call for help apprehended the robbers in an attempt to prevent the robbery.

Another eyewitness account had it that the two suspected robbers driving in a Lexus Jeep had robbed a POS shop in another location before attempting to rob the center along Green Villa Road.

It was gathered that the suspects specialised in robbing POS points across Yenagoa metropolis by making a withdrawal and sending fake alerts to them.

“when the suspected robbers went today, the boy at the shop realised early enough that the alert was fake. He immediately alerted his boss who later traced them to where they were about to strike their new victim (POS point) and raise an alarm. They were eventually caught, beaten and burnt alive.”

When contacted, the Police Public Relations Officer, Asinim Butswat, condemned the act saying that investigation on the matter is ongoing.
See photo: 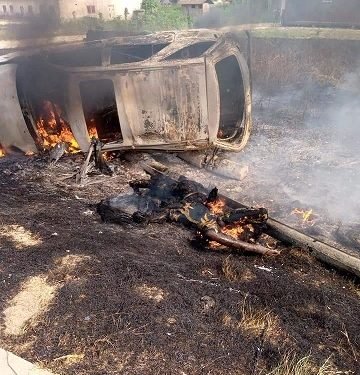