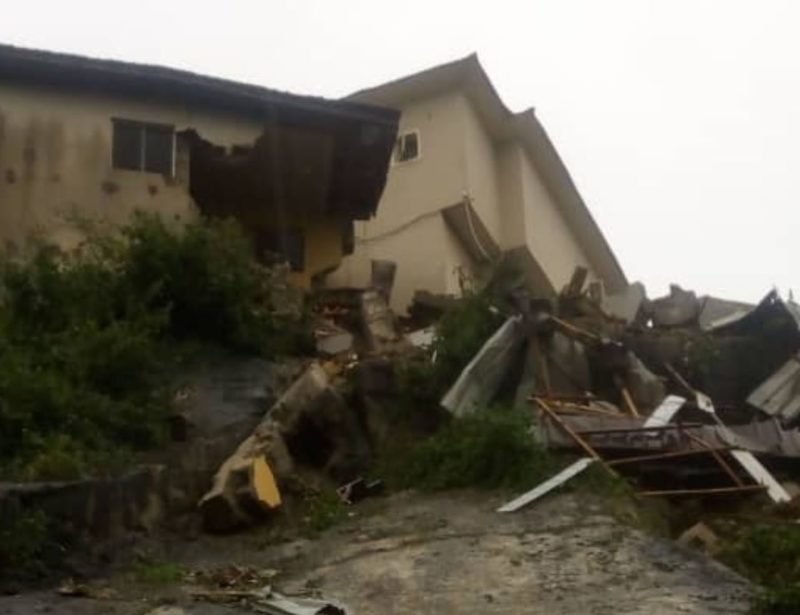 Oke-Osanyintolu said in Lagos on Saturday that the incident occurred on Saturday morning, adding that the bodies of trapped persons have been recovered.

According to him, on arrival at the scene, it was discovered that the building suddenly collapsed from the top of the hill on another building down the street.

“The bodies of the deceased are bagged by Tiger team and have been handed over to the family members, together with that of one Faith Emmanuel (Wife’s sister).

“However, the husband, Mr Emmanuel Utache, sustained different degrees of injuries and had been treated while rescue operation was concluded,” Oke-Osanyintolu said.

He said relevant agencies are working to ascertain the cause of the collapse.

In a related development, the LASEMA boss disclosed that another truck fully loaded with 45000 litres of petrol fell at the Otedola Bridge around 11 a:m on Saturday.

Oke-Osanyintolu said that all emergency responders had been activated and trans-loading of the content to prevent the truck from exploding.

He said that the truck had been recovered from the road to ensure a free flow of traffic.

Oke-Osanyintolu said that trans-loading of 45000 litres of petrol was ongoing as at 5 p:m at the Otedola bridge on Lagos-Ibadan expressway.

He warned against the use of fire around the area to prevent disaster.