A disturbing video of a five-year-old boy identified simply as Ferdinand reportedly beaten with a hammer by his mother has emerged on social media.

The footage was shared by a Twitter user @JennySlimm who said this is not the first time would be brutalising the boy for being ‘too stubborn’.

Ferdinand was seen in the viral video with wounds on his head and face.

“This is 5year old Ferdinand who stays with his mother in Kaduna. Reports gathered is that his mom beats him on a regular because he’s too stubborn.”

In the video which has since gone viral on social media, the boy told his teachers he was beaten by his mother with a hammer.

Meanwhile, the Kaduna State Ministry of Human Services and Social Development has rescued the child from the mother.

The Ministry shared photos of the boy with its officials on its Twitter handle.

“The Ministry, reacting to a tweet about a child who has been battered by his mother, has rescued the child. The Ministry’s Social Welfare Office liaised with the NSCDC through its Child Protection & Anti Human Trafficking Desk in this regard. The mother will be investigated.”

READ ALSO: I will politely decline if offered pension by Rivers govt – Amaechi

The ministry added that it is collaborating with the Justice Ministry to determine the next step to take on the issue.

“We are collaborating with the @MOJKaduna to determine next steps on the matter. Meanwhile, the child will be given medical care and taken into protective custody. The mother will also be taken into custody for commencement of investigations.”

The Ministry, reacting to a tweet about a child who has been battered by his mother, has rescued the child. The Ministry’s Social Welfare Office liaised with the NSCDC through its Child Protection & Anti Human Trafficking Desk in this regard. The mother will be investigated. pic.twitter.com/sCVdc24xxG

Related Topics:BrutaliseFeaturedhammerKaduna State
Up Next 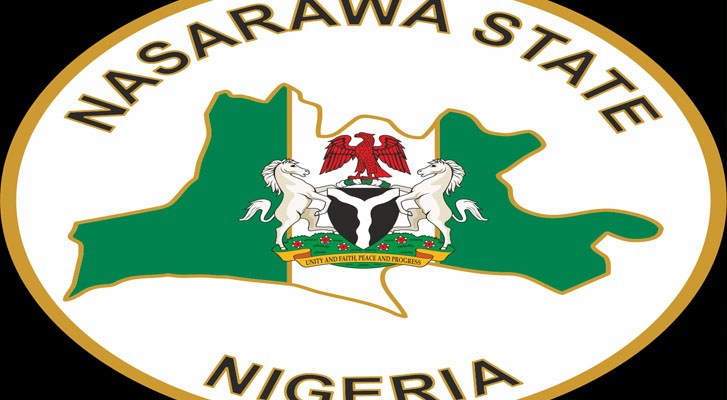 Dr. Emmanuel Akabe, Nasarawa State Deputy Governor has tasked journalists in the state on investigative reportage of issues based on facts to avoid sensationalism.

Akabe made the call on Friday in Lafia when the State Executive Council members of Nigeria Union of Journalists (NUJ), paid him a courtesy visit to introduce the newly elected officials of the council.

He said that the current digital era provided journalists with unimaginable access to information, hence practitioners must go beyond the surface to investigate and unravel facts before going to press.

The deputy governor noted that journalism is a noble profession and required practitioners to adhere to the ethics by reporting issues truthfully devoid of sentiments.

He decried recent reports about him in the media where it was alleged that the State House of Assembly had set up a committee to probe him over funds for coronavirus (COVID-19) in the state.

“I, being the chairman of the state COVID-19 committee,  was the one who suggested to the Speaker of the assembly on the need for the house to set up a committee on COVID-19 to ensure all-inclusive effort in the fight against the pandemic.

“Then before you know, journalists started reporting that the house of assembly was probing me.

MORE READING!  UK in recession for the first time in 11 years

“I made the suggestion because the executive has a committee on COVID-19, the traditional rulers have their own and it good for the assembly to have their own so that we would all sensitize people on the virus,” he added.

Akabe also said that the state COVID-19 committee had publicly given an account of donations and expenditure to the press.

The deputy governor also pointed out that the Governor Abdullahi Sule-led administration was not afraid of criticism provided it was constructive and aimed at ensuring correction for the overall development of the state.

He also assured NUJ of the determination of his office and indeed the state government to support them where necessary.

Akabe, therefore, promised to donate two sets of table tennis boards, chairs, and the television sets to the union.

Earlier, Salihu Mohammed Alkali, NUJ state council Chairman, thanked the deputy governor and the government for their support to journalists through the provision of enabling working environment.

The NUJ chairman also assured the deputy governor of the union’s determination to partner the government toward ensuring better reportage of activities in the state. 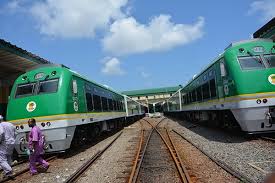 NRC’s Managing Director, Mr. Fidet Okhiria, said this at the closing ceremony and graduation of the corporation’s screeners, after a training program.

The Newsmen reports that the five-day Screeners Training Course, held at the FAAN Training School, Ikeja, was aimed at improving security on board trains and at rail stations.

The managing director said that the corporation was passionate about the security of its staff and passengers at railways stations.

“We are modernizing, and those facilities we don’t normally have in our stations, we are now bringing them in.

“We are talking of walkthrough scanners and luggage scanners. We are now installing them.

“We have to train the people to know how to use them, not only on the maintenance and operations but also the spirit behind it.

“To do that, we have to get people that are already used to doing it.

“We approached FAAN and they are willing to train our people, and what we have done here is training the trainers.

“We started with 10 people because as at the time we started the process for this training, we had only five stations along Abuja- Kaduna rail line,” he said.

According to him, the corporation picked two staff members from each of the five stations, who will go back and train their colleagues.

Okhiria noted that people who patronized the rail transport had to be protected.

He said that the corporation was working hard to build confidence in the rail transport system.

“Now that we are introducing the Itakpe-Warri and Lagos-Ibadan rail lines, we will also arrange for more people to be trained.

“I want to appreciate FAAN for this training, in the interest of the nation.

“We are one, whether it is air, land, or rail transport and this collaboration will continue.

“We are doing all these to make NRC conform to what is done all over the world in terms of security,” he said.

Okhiria assured the commuters that the corporation would do its best to make them comfortable, safe, and secure.

He urged Nigerians, especially the commuters, to ensure the protection of all facilities put in place, to enhance their safety and security.

Okhiria said that the corporation had been consistent with its operations in the last four to five years along the Abuja-Kaduna rail corridor.

He said that it would continue to improve on the services.

He said that the “success of NRC is our success”.

Yadudu, who was represented by retired Capt. Sadiq Usman noted that the collaboration had become imperative in the interest of all.

Other areas include components of explosive devices, image interpretation, and cargo consignment on railways.

One of the participants and class governor, Mrs. Elizabeth Uguru, expressed satisfaction with the training.

She said that the skills acquired would make them more productive at work. 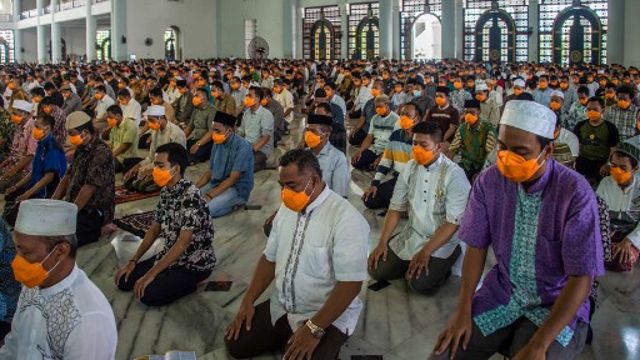 The Nigeria Supreme Council for Islamic Affairs, (NSCIA) Ekiti chapter, has called on Muslim leaders in the state to adhere strictly to laid down protocols and preventive measures to check the spread of COVID-19.

The chapter’s NSCIA President, Alhaji Yakubu Sanni, made the call in a statement on Friday in Ado-Ekiti.

He said that the call became necessary to ensure the safety of Muslim worshippers as the state government deadline for reopening of praying centers commenced on Aug. 14.

It would be recalled that the body had in a recent statement restated the readiness of the Muslim community to fulfill all requirements for reopening Mosques in the state.

The Islamic body urged Muslim leaders to liaise with their respective local government areas to get the required authentication certificate from the Ministry of Environment as directed by the government.

NSCIA on Friday said the call for COVID-19 pandemic adherence was to remind Muslim leaders about the importance of abiding by the protocols and preventive measures in the interest of the generality of the citizens.

The body mentioned the provision of infrared thermometer, allowing the fumigation of various Mosques by the Ministry of Environment, social distancing while praying and provision of hand sanitizers and water for regular hand washing as some of the protocols to be observed.

It added that “we thank all Muslims in Ekiti and we thank Almighty Allah that the Coronavirus pandemic has not adversely affected many people.

“However, since we are starting the Jummat congregation prayer on Aug. 14, it is necessary to remind the Muslim ummah about the necessary COVID-19 protocols to be observed in Mosques as agreed in our last meeting.

“Fumigation of Mosques by Ministry of Environment is compulsory, provision of infrared thermometer, social spacing (6ft apart), individuals should come with their own praying mats and ablution kettles and provision of water to wash hands and hand sanitizer.

“It is advised that anybody aside from the Imam (prayer leader) above the age of 65 and below the age of 12 should stay away from the mosque.

“Prayers are expected to start at 1.30 p.m. to end at 2.30 p.m. and everybody participating in the prayer should wear a face mask, the number of worshippers in the mosque should be determined by the capacity of space to contain worshippers, standing six feet apart.

“Entry and exit doorways should be clearly demarcated, It should be ensured that under no circumstance should worshippers converge to have any meetings or social gathering without maintaining social distancing.

“May the Almighty Allah bless us as we observe these rules.”