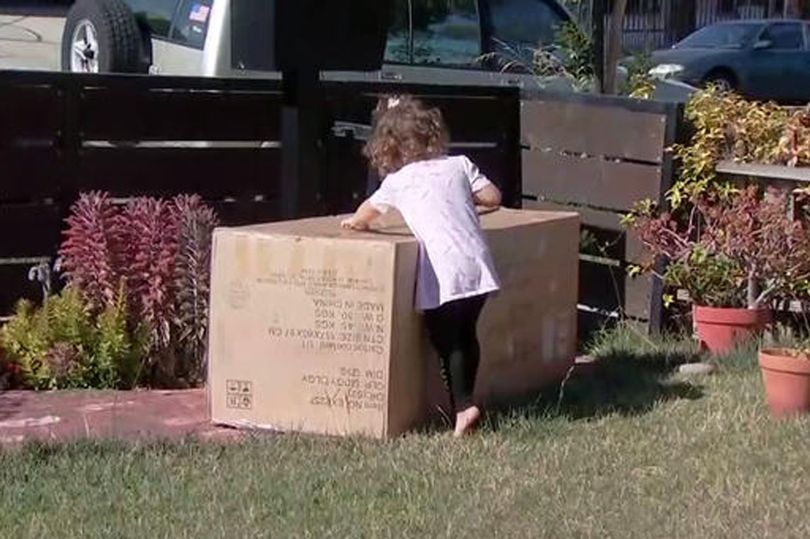 A mom was left confused and panicking when she got a notification from Amazon that her order – a £350 (N154,530) three-piece sofa was about to be delivered. She didn’t make the order, her baby accidentally did.

Mother-of-two Isabella McNeil was surfing Amazon App for a new couch and browsed through options on her phone when her two-year-old, Rayna, said:

Mirror reports that Isabella handed it over and thought nothing more of it until a few days later when she received a notification informing her that her sofa was on its way.

Shocked, the mum first thought she had bought the furniture in her sleep before remembering she had given her eldest daughter the phone and access to the open Amazon app.

The toddler had unwittingly pressed the 1-click buy it now button and just like that, a new three-piece tufted grey sofa was theirs, as reported by NBC San Diego.

Panicking, Isabella quickly began trying to figure out how to cancel the order – but it was too late.

In true scarily-efficient Amazon style, the sofa turned up on her doorstep packed in a big cardboard box.

As little Rayna inspected her first big purchase, her mum was learning that there were fees for both restocking the piece of furniture and shipping it back to Amazon, which amounted to just under £150.

Reluctant to cough up the huge sum, Isabella went online to try and resell the couch at a smaller loss.

“Brand new in box. Ordered it by mistake, my toddler actually did…darn buy with 1 click on Amazon. Anyway, it’s more of a hassle to ship back, so I’ll take a loss.“ 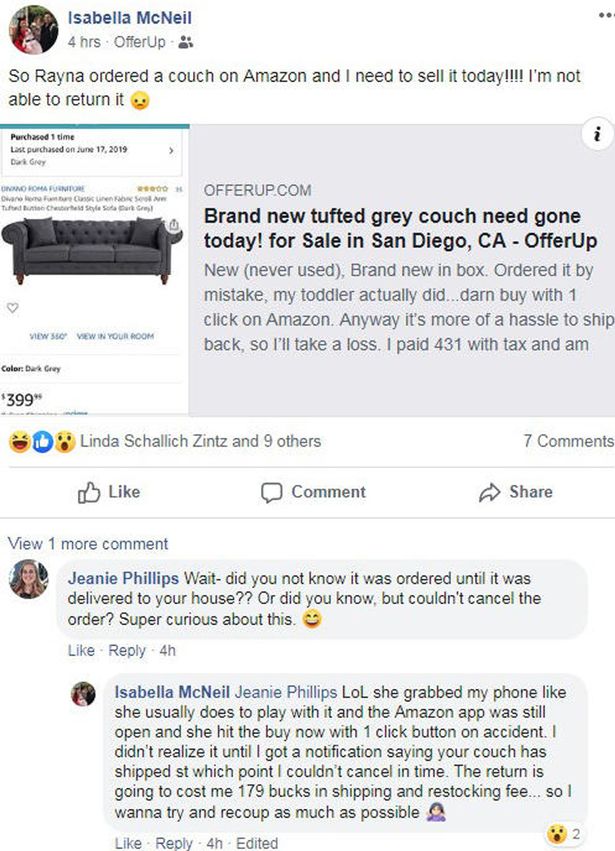