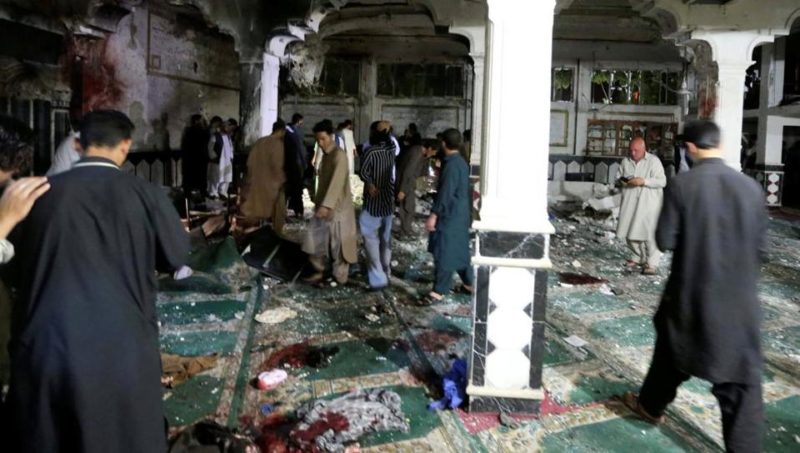 No fewer than 10 people were injured as an explosion rocked a mosque in Aybak city, capital of the northern Samangan province.

The head of the provincial council, Hajji Raz Mohammad, said on Friday.

“A mine planted by enemies in a mosque in Aybak city went off this afternoon, injuring 10 worshippers including the prayer leader,’’ Mohammad told Xinhua.

Meantime, hospital officials said 15 injured people, in which some are in critical condition, had been taken to nearby hospitals.

MORE READING!  Fani-Kayode reacts to Amotekun, says I have four lions in me

No group has claimed responsibility for the attack, Taliban and the rival Islamic State group often claims such attacks.

I don’t want my daughter to end up like me, says 44-year-old woman forced into marriage at 13
France records hottest temperature