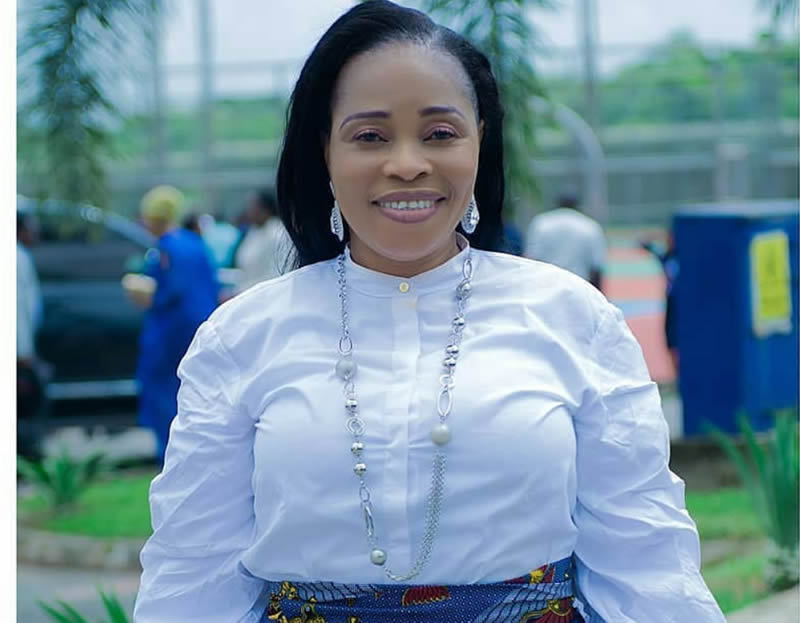 The Caleb Group of Schools on Friday said plans had been concluded for its students’ orchestra group to co-perform on stage with leading gospel artists in Nigeria and beyond at its forthcoming maiden Music Festival.

Adegbaju said that the event with the theme; “Joyful Tidings’’ is aimed at showcasing the exquisite bouquet of skilful display of musical rendition and performances from Caleb orchestra, Voice of Caleb and other invited schools.

She said the school recognised the deposit of talents on every child and would help to unearth, refine and catapult it to stardom.

“I assure parents and other invited guests of an exciting event where established stars and emerging ones will both take the stage.

“At the music festival, new stars will be born,” she said.

According to her, the music festival which has been slated to hold on Nov. 30 at the School’s Lekki branch Sports Arena would also feature an award night to appreciate outstanding students, staff and parents.

The principal said that the school would also recognise and award laudable achievements of noblemen and women in the society who had positively affected humanity, irrespective of race, age, creed or gender.

Adegbaju quoted the Director of the school, Dr Ola Adebogun, to have said that the music festival and award night underscore Caleb Schools’ commitment to Christian values, grooming of highly-educated and skilled students; and rewarding excellent behaviour.

“The festival is an avenue for us to exhibit the musical talents of our students and another platform for us to celebrate and praise God with friends and members of growing Caleb family in company of proven stars and models,’’ she said.

Adegbaju, however, said that the school would host over 3,000 guests at the event at no cost as gate fee.

She said the event planning committee had put in place measures for adequate security, proper sound system, protocol, entertainment and other requirements to ensure that the event is seamless and well-organised.

According to her, the school is relying on sponsorship from its director who is a philanthropist, corporate organisations and banks to fund the event.

Caleb Group of Schools, a foremost Christian citadel was founded in 1986 and has spanned over three decades.

The school came first at the Commonwealth Science Class Competition organised by the British Council in 2017.

Recently, one of the school’s teachers, Mr Olusegun Adeniyi, won the Best Teacher’s Award in the 2019 edition of the Federal Ministry of Education, President’s Teachers and School Excellence Award (PTSRA).

Related Topics:Caleb group of schoolsFederal Ministry of EducationTope Alabi
Up Next

Charly Boy extols mother, says ‘My mum was a witch’ 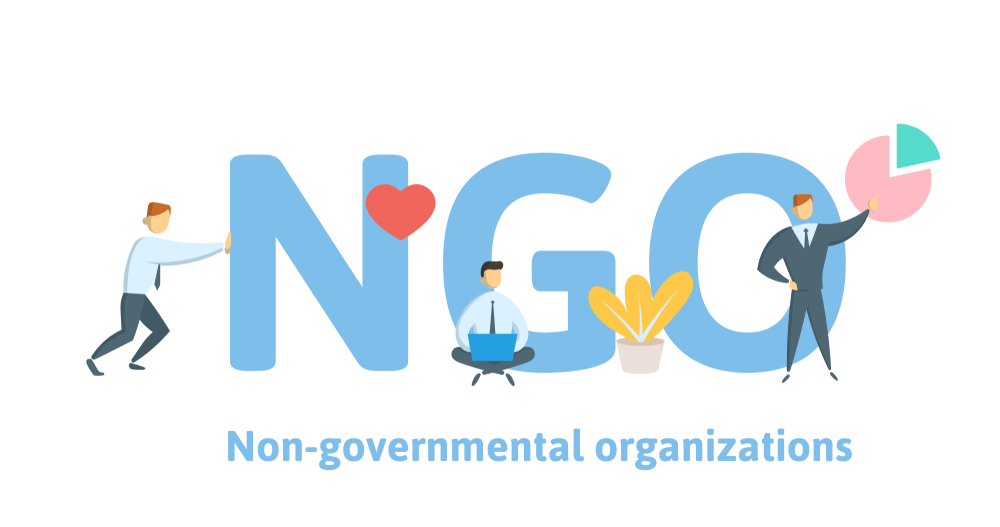 Speaking at the Cheques’ presentation ceremony on Tuesday in Lokoja, the Kogi Deputy Governor, Chief Edward Onoja, congratulated the awardees for being lucky to be recognized for the gesture.

Onoja, who influenced the donation in collaboration with his friends and associates, said the donation would go a long way to support the graduating awardees.

He extolled the founder of the foundation, late Prof. Francis Idachaba, for initiating the scholarship program in the year 2000, saying it was the right choice that had been yielding tangible results since then.

”In life, you need to sow the seed to reap the harvest that generations will benefit from.

“I urge us all to continue to sow good seed because nature has a way of paying us back; there is power in seed sowing,” Onoja said.

The deputy governor, who is also a member, Board of Trustees (BoT) of the foundation, commended the awardees for their commitment to having graduated with First class, saying it was not easy.

”When you see such people with First Class Degree, we need to encourage them so that others coming behind can also be encouraged to try their best.

”I want to believe that some of you will be global players in your different fields. I encourage you to pursue your dreams,” he advised.

Onoja urged the awardees not look at the amount, but to utilize it wisely and make the foundation and people of Igala Kingdom proud.

He promised, on behalf of all the donors, to continue to improve on the scholarship so that more people would benefit and build a good legacy.

”Congratulations once again on behalf of his Excellency, Gov. Yahaya Bello, who is also a donor.

“The exercise is a proof of unity across the different tribes of Kogi,” Onoja said.

Earlier, the Executive Director of the foundation, Prof. Joseph Omada, said that the group had over the years been given scholarships to best students at basic, secondary, and tertiary levels.

Omada said the scholarship, which used to be N70, 000 per awardee, was raised to N500, 000 by the deputy governor during the Igala Education Summit held in 2019.

He, therefore, commended the deputy governor for fulfilling his promise and for influencing other donors to ensure that the needed fund was raised for the scholarship.

”This is not politics; it is encouraging the students of Igala to be serious with their academics and come out with good grades,” he said.

Also, Mr. Wemi Jones, the Commissioner for Education, Science, and Technology, lauded the foundation for the gesture, saying it worth emulation.

Jones urged the awardees to utilize the opportunity and be a good ambassador of the Igala Kingdom and the state at large.

Speaking on behalf of the awardees, Mr. Dominic Iko-Ojo, thanked the foundation, the deputy governor, and all other donors for encouraging and motivating them through the scholarship. 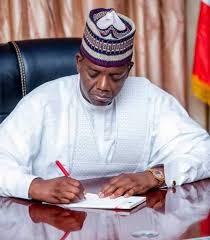 Gov. Bello Matawalle of Zamfara on Tuesday advocated for a NorthWest Security and Peace Committee to address the security challenges of the region.
Matawalle made the call in Gusau while presenting 200 new operational vehicles to various security agencies in the state.
“I recently wrote to Mr President to offer our suggestion on the need to form a North West Security and Peace Committee to effectively handle the intractable security challenges bedevilling the sub-region over the years,” he said.
The governor said the need for the regional security committee was informed by his state experience within the last one year of peacebuilding through dialogue and reconciliation.
“The need for the committee is underscored by the fact that the Northwestern states of Sokoto, Kebbi, Zamfara, Katsina as well as  Kaduna and Niger in the North-central share common borders and have forested areas sprawling across these borders.
“This allows for free interstate movements of bandits and causing damage to people’s lives and properties.
“The setbacks suffered by our peace process, which was gaining traction, is partly a result of this interstate movement of bandits.
“It is only through a united approach by all the affected states that we can effectively root out banditry in the subregion,” Matawalle said.
The governor announced plans to organize a joint security collaboration with the neighboring states of Kaduna, Kebbi, Sokoto, Niger, and Katsina in order to block the existing porous borders so as to impede infiltration of miscreants or armed bandits into the state.
The Newsmen reports that the 200 new vehicles fully fitted with communication gadgets were presented to the Lt-Gen. Tukur Burutai, the Chief of Army Staff (COAD).
Burutai was represented by the General Officer Commanding (GOC) 3 Division of the Nigerian Army, Jos, Maj.-Gen. Nuhu Angbazo.
The COAS thanked the governor for providing the vehicles, saying they will facilitate the fight against crime in the state.
NAN also reports that the vehicles would be distributed to the Nigeria Police, Army, Air Force, Civil Defence Corps, Nigeria Immigration Service, Nigeria Correctional Service.
Others include the Federal Road Safety Corps, the Joint Task Force of Operation Hadarin Daji, Hisbah Commission, Zamfara Road Traffic Agency (ZAROTA) and EFCC Sokoto Zone.
MORE READING!  COVID-19: South Africa reopens restaurants as cases rise
Continue Reading 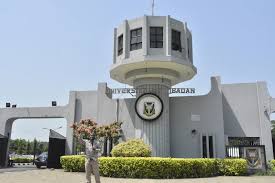 Aderinto, currently Head, Department of Sociology, disclosed this on Tuesday in Ibadan.

Newsmen reports that Aderinto is perceived as a strong contender to the position set to be vacated by incumbent Vice-Chancellor, Prof Idowu Olayinka, towards the end of the year.

Aderinto broke the news of his intention on the Faculty of the Social Sciences Whatsapp platform immediately after submitting his application.

He also used the opportunity to solicit their support and prayers to enable him to actualise his dream.

“Dear Colleagues, I wish to inform you that I have just submitted my application for the position of the VC of our University.

“I seek your support in prayers. God bless you,” he said.

Newsmen reports that though there was no academic work in the university due to the ongoing strike, political meetings and mobilization had kicked off informally.

Aderinto informed that he had started to receive wide support in the university with many praying for a successful outing.

Aderinto, the best graduating student for his set, had served the university in several capacities such as Examinations Officer, Sub-dean, Dean Postgraduate School, and Director of Special Duties in the office of the Vice-Chancellor.

He had also been acting Head of Sociology at the Lagos State University (LASU).