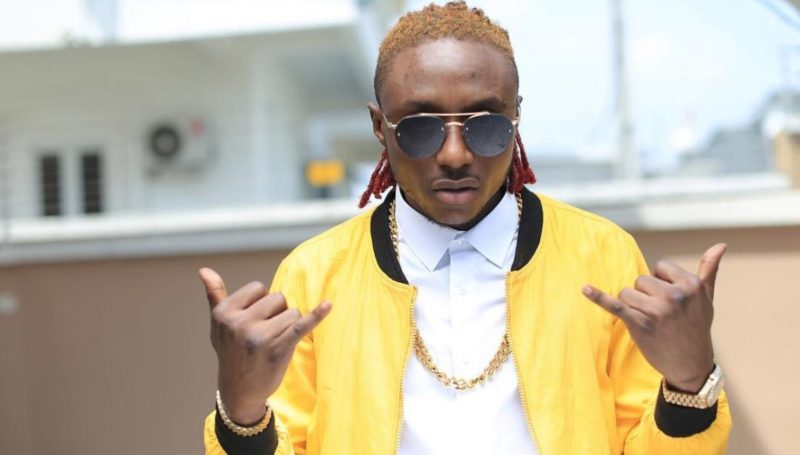 Nigerian popular music artiste and producer, Gabriel Amanyi, known in showbiz as Terry G, has described himself as the “Jesus” of Nigerian music.

According to the Free Madness” crooner, he set the pace for the present trend in the industry. The 33-year-old also revealed he rejected a deal with Sony Music at some point in his career.

Terry G, who has been silent in the musical scene for some years, claimed that Nigerians have now embraced his kind of music.

He admitted that he was criticised and discriminated because he smokes, and for his kind of music when he started out years ago.

“I’m the Jesus of Nigerian music, I’m not the Christ. The Christ is the saviour, Jesus is a name, and for the fact that Jesus is the most popular name that died for us and sacrificed for us,” the singer explained when he appeared on Channels Television as guest.

“It took me a while to take this risk that a lot of persons discriminated against me for and now, they see people smoking, doing stuff and nobody is talking. There must be a pace-setter.”

According to Terry G, he is the “Jesus” of the Nigerian music industry who set the pace and sacrificed for his artistic genre.

He, however, claimed many Nigerians were hypocritical, adding that they have embraced and supported most of the things they criticised him for in the past.

Comparing himself to rave of the moment, Naira Marley, Terry G admitted that it was not in his place to decide whether he was more influential than the UK-trained artiste.

Marley, the singer said, is only trying to ‘archive’ him, although he sees both of them “making the world go crazier.”

The “Akpako Master” also revealed that he once rejected a deal with Sony Music, claiming that it did not pay.

He, therefore, called on Nigerian singers to ensure they understand the details of every agreement before they sign deals.

In addition, Terry G urged artistes to take advantage of their fame, saying it does not last forever.

“When the lights are shining on you, do not think that they would be forever. My own fame was full of pressure, controversies,” he decried.