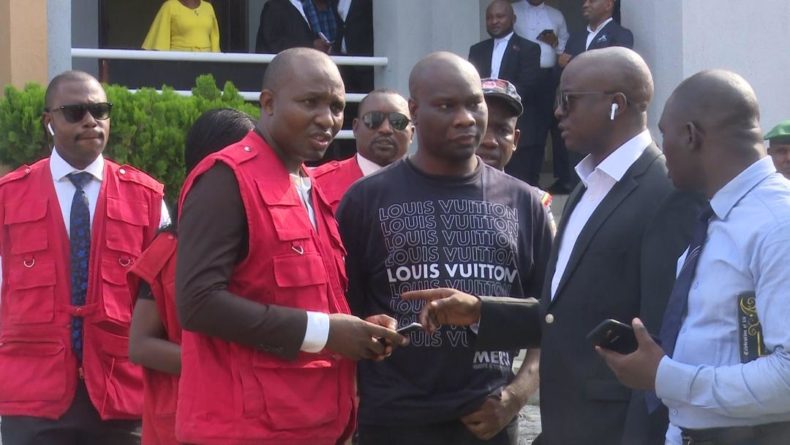 The N32.9bn fraud trial of Internet celebrity, Ismaila Mustapha, alias Mompha, continued on Wednesday before the Federal High Court in Lagos with an official of the Special Control Unit Against Money Laundering, Mr Matthew Enu-Obun, testifying as the fourth prosecution witness.

Mompha is facing 14 counts bordering on fraud, money laundering and running a foreign exchange business without the authorisation of the Central Bank of Nigeria.

He was arraigned last year alongside a firm, Ismalob Global Investment Limited.

The EFCC accused Mompha of procuring Ismalob Global Investment Limited and retaining in its bank account an aggregate of N32.9bn between 2015 and 2018.

A prosecution witness has exposed how alleged internet fraudster, Mompha used his company to launder funds, part of which he used to acquire properties.

The anti-graft agency is prosecuting Mompha alongside the company on a 14-count charge, bordering on cyber fraud and money laundering to the tune of N33 billion (Thirty-three Billion Naira).

Mompha, who is the first defendant in the matter is alleged to have used the company to launder funds, part of which he used to acquire properties in Dubai, United Arab Emirates.

Led in evidence by prosecution counsel, Rotimi Oyedepo, the witness, a compliance officer with the Special Control Unit Against Money Laundering (SCUML), of the EFCC, told the court that on November 15, 2019, the Commission requested from SCUML the regulation and compliance status of the company and that “upon inspection, it was discovered that Ismalob is not registered with the SCUML.”

He further stated that

“From the database search in the office, there is no information on Ismalob Global Investment Limited and all the transactions that were done in the company’s account between December 14, 2015 and January 25, 2018 are not on SCUML’s record.”

The EFCC letter of request and the response from SCUML were admitted in evidence by the court. Justice Liman adjourned the matter until February 26, 2020 for the continuation of trial.