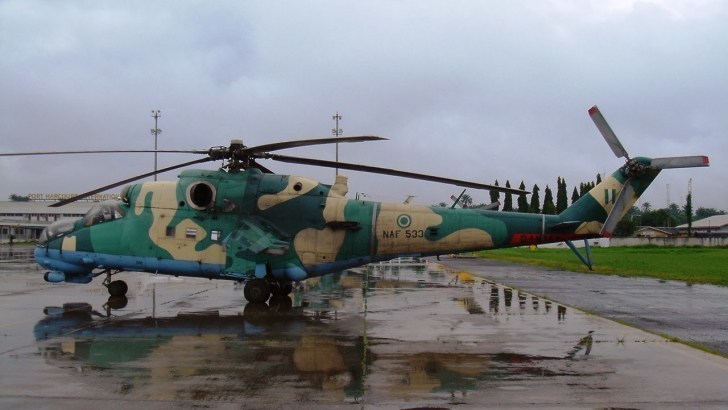 The Nigerian Air Force (NAF) has confirmed the crash-landing of its helicopter on Thursday at its base in Enugu.

A statement on Friday in NAF’s Twitter handle, said that the incident occurred after a routine flight and that though the blades of the helicopter broke but there were no casualties.

The statement said that the cause of the incident could not be ascertained.

“@NigAirForce Helicopter has crashed on landing in Enugu after a routine flight today. Fortunately, there were no fatalities or injuries to any crew member or persons on the ground.

“@CAS_AMSadique has directed that a Board of Inquiry be constituted to determine the causes of the accident.

“Nigeria Air Force continues to solicit the understanding and support of the general public as it daily strives to ensure the security of Nigeria and Nigerians.”

The base is close to Akanu Ibiam International airport where repair works have commenced after it’s closure in August this year.

The News Agency of Nigeria reports that the scene of the crash was cordoned-off as members of the public attempted to have full glare of the incident.