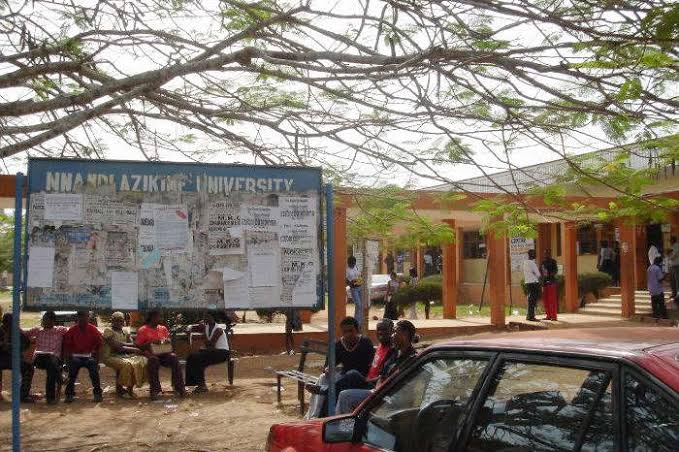 According to reports,  Chiaghana was abducted at his house in Nibo, Awka South Local Government Area of the state by two persons.

The acting Public Relations Officer of the University, Mrs Ene Chika, while confirming the incident said the development was worrisome.

Describing the incident as worrisome, the university’s spokesperson said the institution had been in contact with security agencies to ensure the release of the victim.

“The university is aware of the incident. We’re deeply worried and concerned about it. We’re in daily contact with the security agencies on the matter.”

The victim’s wife, Chiazor Chiaghana, called on security agencies to intensify efforts in rescuing her husband.

“My husband had brought my kids and me from the hospital around 9.15 p.m. on Monday and told me he needed to see his friend off.

“He came back around 10.45 p.m. after seeing his friend off and was about to open the gate when my mother-in-law, who was upstairs, saw two men jump out from a nearby farm and ambushed him.

“He was immediately driven away by the abductors to an unknown destination.

“We’ve reported the matter to the police as well as the local vigilante operatives in the community.”

“My husband’s absence has been devastating. We have three kids, the first is just seven years old. I have absolute faith in God that he’s still alive and believe in prayers.

A friend of the victim, Tobenna Obiano, told our correspondent that,

“The most disturbing part of the story is that his captors are yet to establish contact with anyone.”

Efforts by our correspondent to get police’s confirmation of the incident did not yield any result as the telephone line of the command’s spokesperson, Haruna Mohammed indicated he was not available.