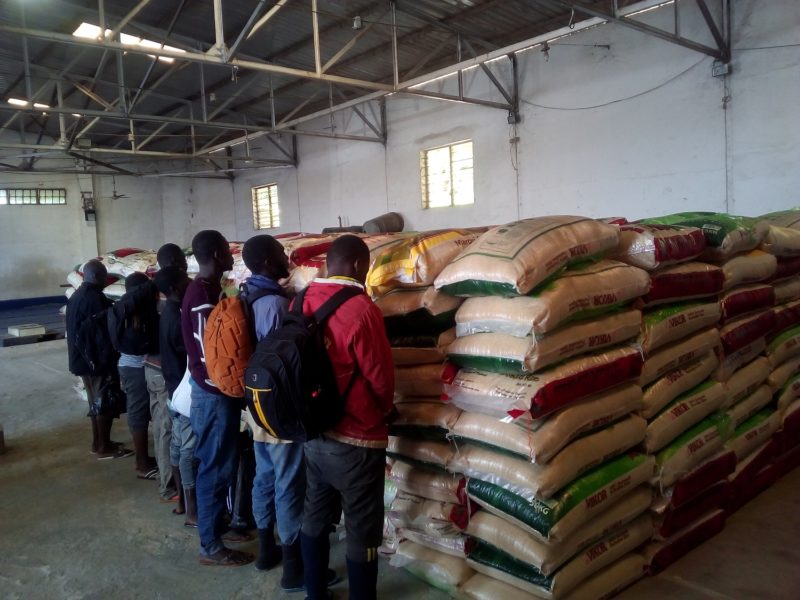 The Nigerian Navy has impounded 1221 bags of foreign parboiled rice smuggled into the country in Calabar, Cross River State and arrested seven persons.

According to the Navy, the rice was moved into the country in a giant wooden boat. The force said in total it has seized 18 wooden boats of various sizes, arrested 87 suspects along with contraband items worth N300m.

The smuggled rice and the seven suspected crew members were, on Wednesday, handed over to Nigerian Customs Service Anti Snuggling Taskforce for further investigation and prosecution.

Commander NNS Victory, Commodore Vincent Okeke, who handed over the rice and suspects to Customs officials, said the Nigerian Navy has zero-tolerance for criminality and warned smugglers and oil pipeline vandals to steer clear of Nigerian territorial waters.

Commodore Okeke said the total value of rice seized is N34,450,000. He added that the command will not relent in its efforts in safeguarding the territorial waters under its control

“Between January and now, the Base has recorded eighteen arrests of wooden boats of various sizes and eighty-seven suspects along with contraband items worth three hundred million naira”.

He said the recent arrest should serve as a deterrent to smugglers and others with criminal intentions as the Command is prepared to obey the instructions of the Chief of Naval Staff, Vice Admiral Ibok Ette Ibas to the latter by impounding ships and boats involved in smuggling and criminal activities