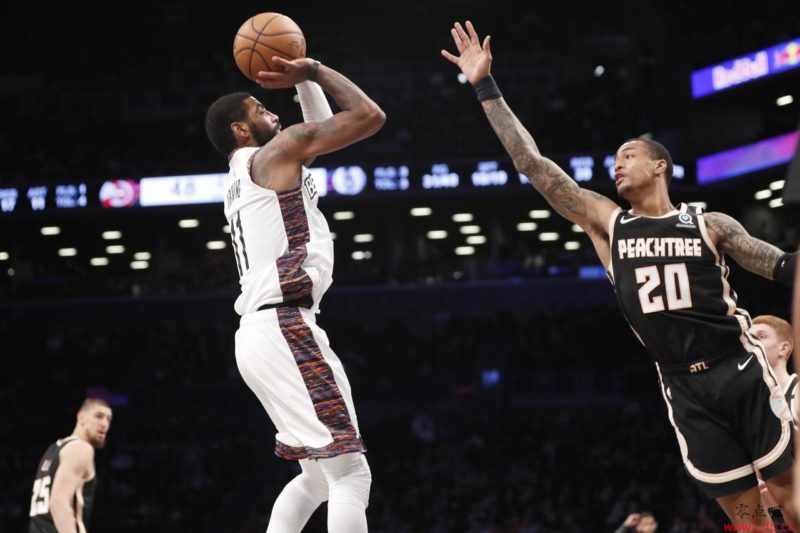 After getting 11 points by halftime, Irving went 5-for-5 from the floor in the third before checking out for the rest of the game.

He rested over the final 17:54, exiting after the Nets took an 87-50 lead, and the outcome was never in doubt.

The Nets, who were 13-13 in Irving’s absence, led by as many as 39 and won their second straight game following a seven-game losing streak.

DeMar DeRozan scored 25 points — 22 in the second half — and visiting San Antonio overcame an 18-point deficit to defeat Toronto.

DeRozan, who has scored 20 points in 11 straight games, sank two free throws with nine seconds remaining for what proved to be the game-winning points after Marco Belinelli’s 3-pointer had given the Spurs the lead.

Kyle Lowry sank a 3-pointer with five seconds left to pull Toronto within a point.

Nikola Jokic had 20 points and 15 rebounds for his 21st double-double of the season, Jamal Murray scored 10 of his 19 points from the foul line, and host Denver beat Los Angeles.

Kawhi Leonard had 30 points, Lou Williams 26 and Montrezl Harrell 25 for the Clippers, who played without Paul George (hamstring injury).

Los Angeles cut a 20-point lead down to six in the final minutes but could not complete the rally.

Taj Gibson’s free throw with 1:38 remaining put New York ahead for good, capping a comeback from a 14-point second-half deficit to beat Miami.

Julius Randle scored a game-high 26 points to lead seven players in double figures for the Knicks, who snapped a five-game skid after outscoring the Heat 40-27 in the fourth quarter.

Jimmy Butler had 25 points and 10 rebounds for the Heat, who have dropped two straight for their first losing streak of the season.

Jordan Clarkson added 23 points off the bench, and Joe Ingles 20 for Utah.

Six players scored in double figures to help the Jazz improve to 14-1 in their past 15 games.

Jonas Valanciunas scored 15 of his team-high 31 points in the third quarter and added 19 rebounds overall as host Memphis broke open a tight game against Golden State en route to its fifth straight victory.

The 31-point total was one off Valanciunas’ season high, set in December at Chicago.

The 19 rebounds were his most since he pulled down 20 at Phoenix last March.

The Warriors led by as many as seven points in the first half and were within 63-62 in the second minute of the third period after a 3-pointer by Glenn Robinson III, before the Grizzlies gradually pulled away.

Deandre Ayton contributed 18 points and nine rebounds off the bench, and Devin Booker added 12 points and nine assists for the Suns, who are 5-3 since a season-worst eight-game slide.

Dwayne Bacon scored 24 points off the bench for the Hornets, who have lost four straight games and 10 of their past 12.

I remain a daughter of Iran wherever I am – Country’s only female Olympic medalist says as she defects to Europe
Wilder blasts Anthony Joshua, Fury after both boxers agree to team up against him