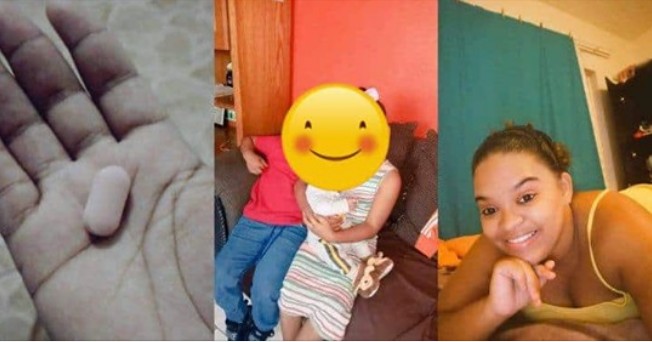 HIV stands for Human Immunodeficiency Virus. It breaks down the body’s defense against diseases. When HIV damages your immune system, it’s easier to get really sick and even die from infections that your body could normally fight off.

A woman who is living with HIV after being raped at ages eight and 16 has come to Twitter to share her positive story.

@niqita11 openly talks about being able to live a great life and it’s all thanks to being diligent with taking her medication.

Despite living with HIV, @niqita11 has a partner who is HIV negative and they have kids who are all negative.

This Twitter user, who is a carrier of the virus, said she was able to achieve this by religiously sticking to taking the pills and taking it correctly.

Sharing a photo of her three kids, who are HIV negative, she wrote:

“This single pill has given me 3 negative kids and a negative partner the more you take your pill and correctly your viral load will be undetectable making it impossible to infect the next, meaning it’s in ur body but not active.”

See her tweets below:

I’ve been raped at the ages of 8 nd 16, I survived it 🙌🙌I’ve been living in a orphanage almost all my childhood yet I still made it. Today I’m hiv+ u better believe that I will live til I 👀 my grandkids, if I can so can u.#arvzforlife. RT some1 needs 2 👂this pic.twitter.com/TskEIr1fxM

This single pill has given me 3 negative kids😍😍and a negative partner the more u take ur pill and correctly ur viral load will be undetectable making it impossible to infect the next, meaning it’s in ur body but not active 🙌🙌RT TO SAVE A LIFE😘😘 pic.twitter.com/WDM3xo6hZn