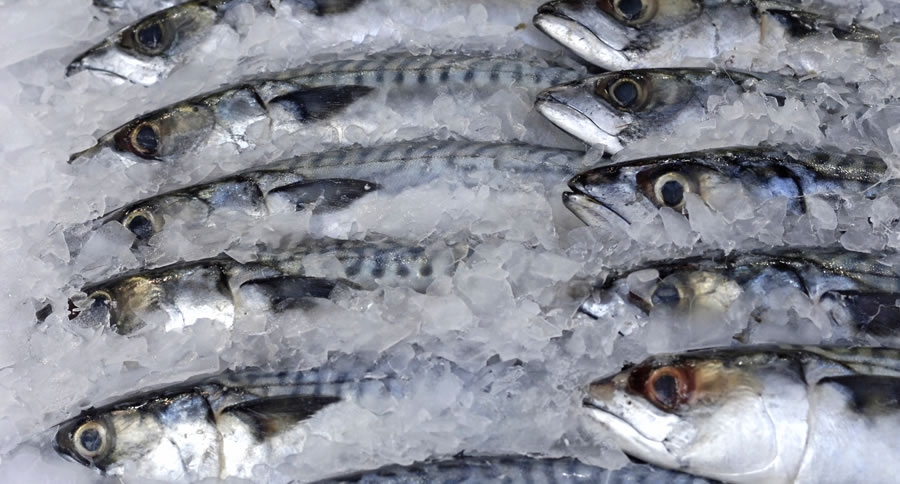 The minister made this known while receiving a delegation from the National Fish Association of Nigeria (NFAN) led by its National President, Dr Gabriel Ogunsanya in Abuja on Tuesday.

Nanono said the time had come for Nigeria to look inward to tap into the huge potential in fisheries and aquaculture for local consumption and export.

He noted that measures were already been put in place by the government to actualise the plan.

According to him, this is an area that we can join hands to promote fish production. We have to seriously reduce importation of fish into the country.

“Last year, we issued about one million licenses. This year, I virtually cut it into half.

“I hope next year we will further cut it so that in the next two years we may rely entirely on what we produce here.

“Since you are producers and probably processors it is important to take note of your development in the fish sector towards this, ” he said.

“In the next years, probably we will not allow the importation of fish into the country.

“I know people are saying we can only rear catfish, tilapia and a few other species but most of the white fish they do not do well here.

“But I know for a fact that the consumption of catfish is very high in this country both the fresh one as well as the smoked one.

“In fact, I was made to understand that it now has export market. So, if you put your head together and work hard, the future is very bright for fish producers in this country.”

The minister assured the association of the government’s readiness to assist where necessary to move the industry forward.

MORE READING!  JUST IN: Senators donate 50% of their salaries to fight against COVID-19

Earlier in his remarks, the President of NFAN, Dr Gabriel Ogunsanya, while commending the minister for his commitment to moving agriculture to the next level, called for assistance in some areas.

He urged the Minister to involve members of the association in training programmes of the ministry and other relevant agencies.

“We need a letter of introduction to CBN, NIRSAL, BOI, BOA for timely intervention to boost the fish industry production business in Nigeria.

“We also pray for the minister to guarantee loans and credit facilities for the purpose of business expansion.

“The association also needs a letter of introduction to the 36 state governments and the FCT, Abuja.

“We also kindly pray that the minister looks into reactivating dormant fishery terminals, fish markets, hatcheries and develop brood stock bank for identified fish species and privatise the for utilisation of NFAN members.”

The president equally urged the minister to direct research institutes to embark on demand-driven researches to benefit the entire industry.

MORE READING!  Coronavirus: Buhari exempts banks, others from lock down

He also called for measures to be put in place to support commercial fish production from along the value chain for both local and export markets.

Ogunsanya also urged the minister to involve the association in the policy formulations for the fish industry.

He called for the establishment of a liaison office space to ensure closeness to our mother ministry and smooth interface with your management.

On the gains of the association so far, the president said, it had made some progress in the last few years

“The National Fish Association of Nigeria is the umbrella body for all fisheries and aquaculture industry value chain in Nigeria.

“It has the mandate and responsibility of bringing together every farmer and industry operator groups to obtain or share useful business information and training.

“The association was established by the Federal Government to play such roles long other things.

“We have carried out several advocacy enlightenment and training activities and programmes for both the existing and upcoming fish farmers, producers and processors.

“Also, between Sept. and Oct. last year, we met with the AUIBAR Consultant on fisheries from Nairobi as well as the Cultivating New Frontier in Agriculture (CNFA), the prime implementing partners of USAID’s Feed the Future Project in Nigeria.

“All efforts in this regard are geared toward repositioning the industry and better the lot of the farmers and stakeholders.”

Other executive members including the National Publicity Secretary, Chief Chidike Uko, were part of the delegation.

Continue Reading
You may also like...
Related Topics:Fish, imports, Nanono