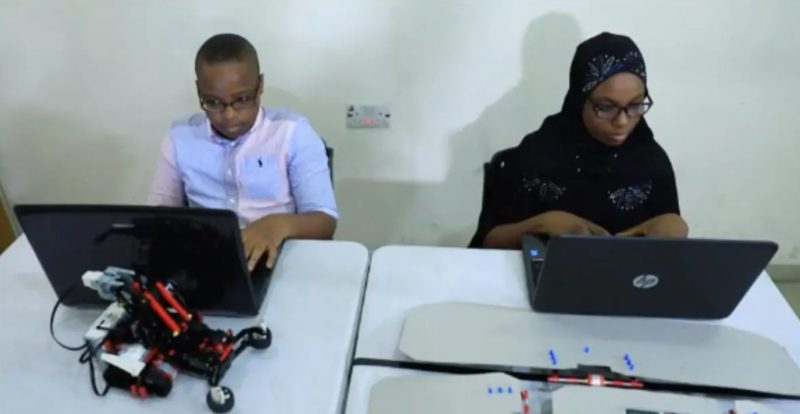 Two talented kids, Oluwatobiloba Nsikakabasi Owolola and Fathia Abdullahi, have made Nigeria proud by inventing a technology that can be used as assistants at home during chores.

The kids, who are only 12 years old, successfully built robots after just a year of learning how to code.

Owolola invented a robot he named ”Robot Grabber” which functions as an assistant to move things around the house.

“This is the robot grabber, I programmed it to identify an object and take it to another position.”

Also, 12-year-old Abdullahi, invented a robot that functions to assist people after laundry and also folds clothes perfectly. She disclosed that she decided to build the robot because that was the problem she had at home.

“I decided to build a robot that folds clothes because that is the problem we have at home,” Abdullahi said.

Move over Marie Kondo! These Nigerian coding kids have built a robot that folds clothes for you!

Fathia & Oluwatobiloba are 12-years old and use their skills to build robots that help with housework – which definitely ‘sparks joy’ in us! pic.twitter.com/xcr2Cqc1fn

Continue Reading
You may also like...
Related Topics:BBC, housework, Robots