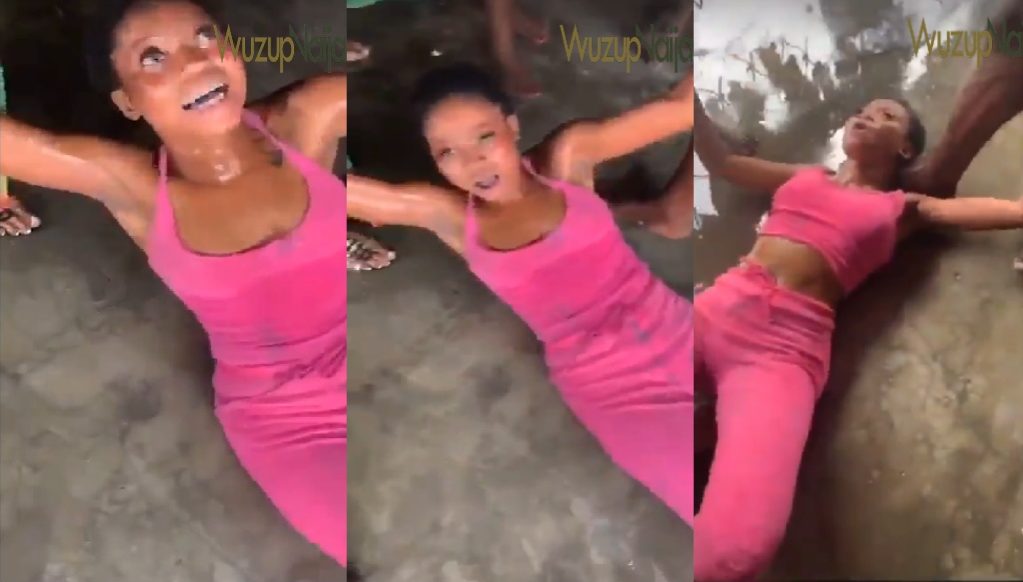 A video has emerged on social media of a young Nigerian lady reacting terribly after she allegedly took an illicit drug popularly called Colorado.

The drug which is believed to be a type of weed which has been processed synthetically. It leaves a blue colour stain of the tongue of those who take it and makes them weak while it makes some users become hyperactive or extensively alert.

In the footage which has made ‘Colorado’ a trending topic on Twitter Nigeria, the lady could be seen being held by her friends as she was screaming.

She sat on the floor and started behaving strangely, shouting “how far, guys how far.”

It took the efforts of those around to hold her down from harming herself.

In the latter part of the video, those who gathered around her could be seen singing praises as the lady was lying on the floor.