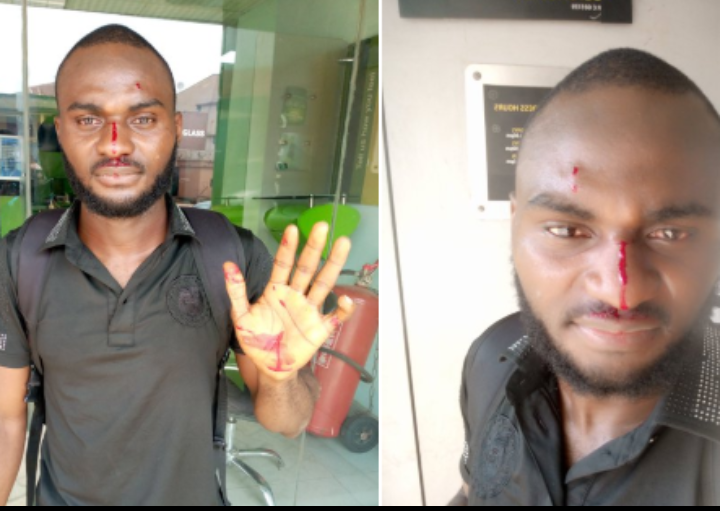 A Nigerian man has accused a police officer of assaulting him and his brother after falsely accusing them of being armed robbers. 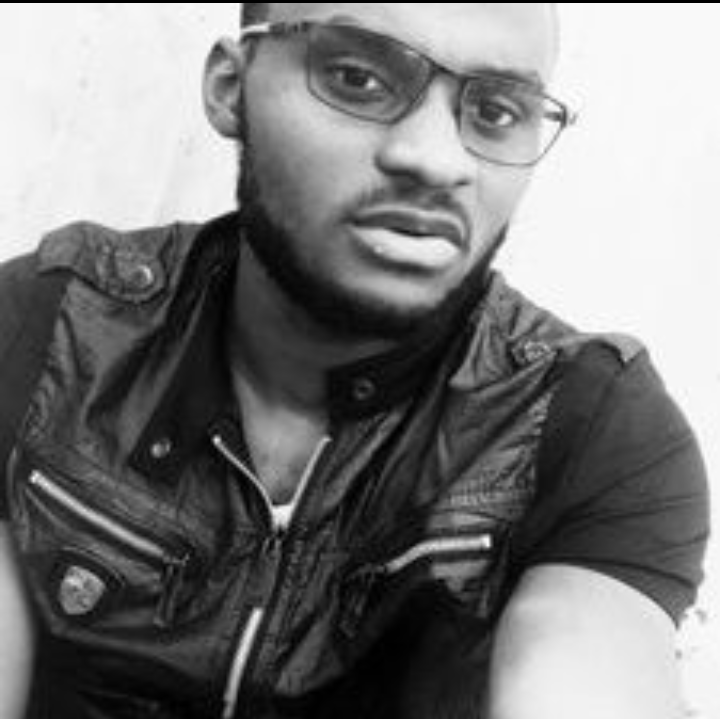 The man identified on Twitter as @Sphinx_Diff who resides in Abuja, recounted how he was allegedly physically assaulted by a police officer who accused him of attempting to steal his rifle.

Sharing his story he claimed that he was walking with his brother when a police officer hit his head with a rifle.

According to him, the police officer identified as John Utakah, accused him of attempting to steal his rifle at a market place and proceeded to assault him.

Sphinx also claimed the policeman shot at his brother who tried to step in, but missed.

The policeman and his colleague then continued to beat him up.

Read his story below: 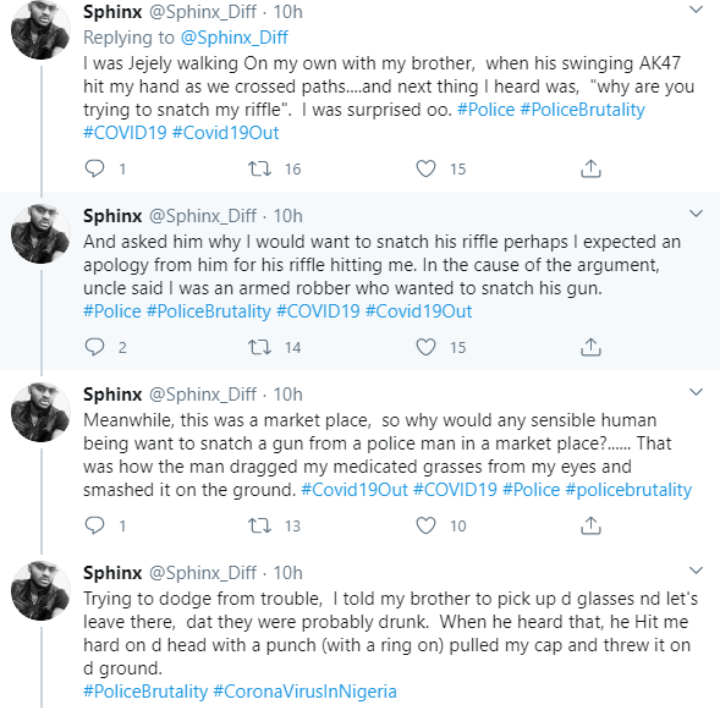 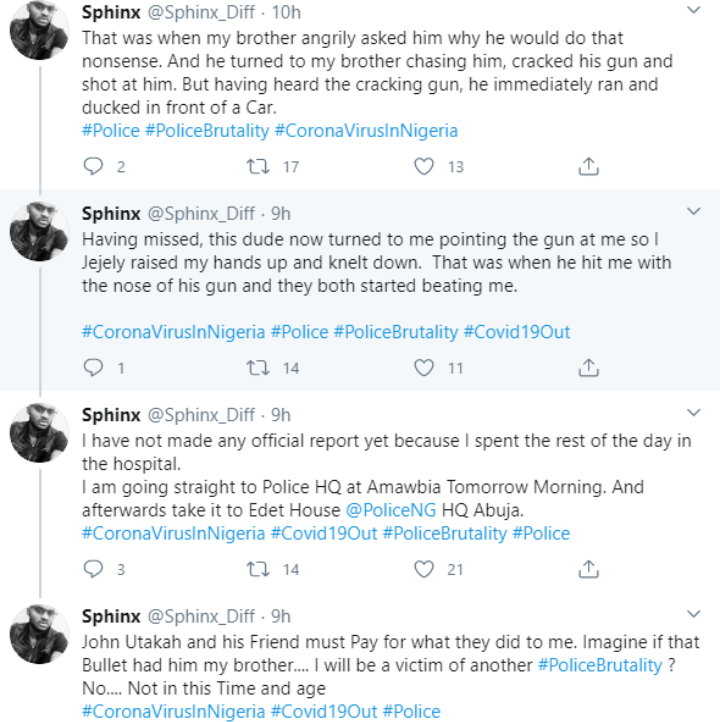 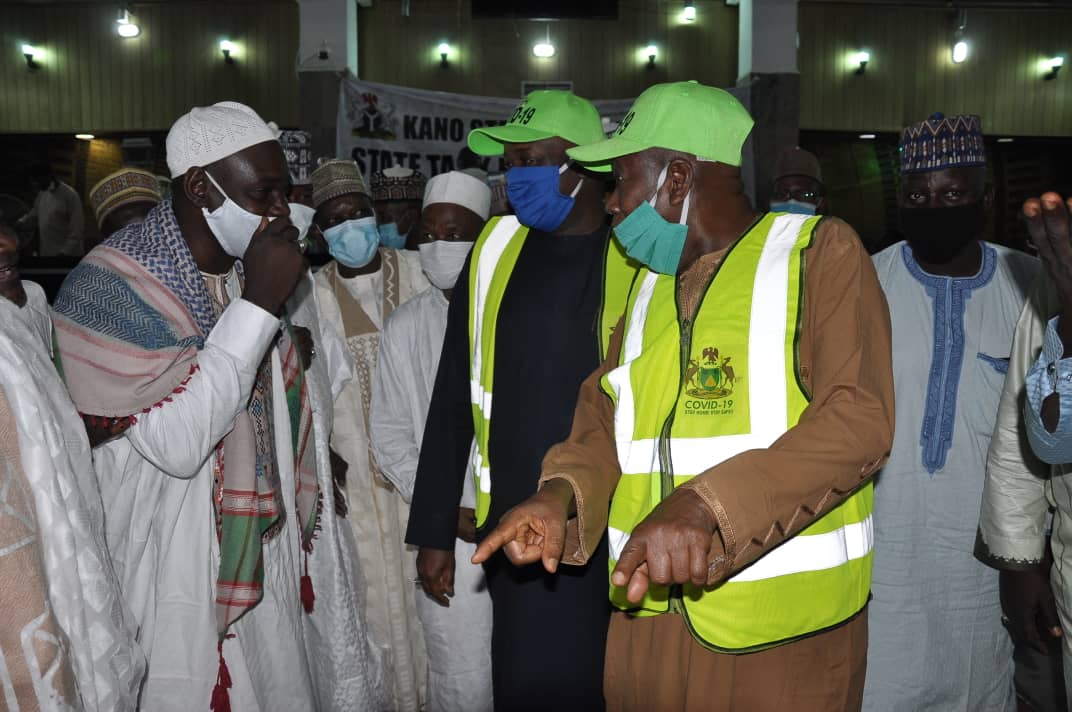 MORE READING!  Man shares how he dealt with father who had been raping his 14-year-old daughter since she was seven 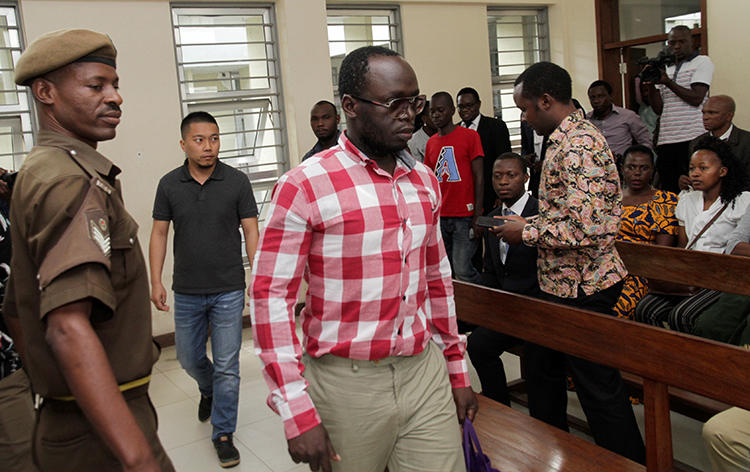 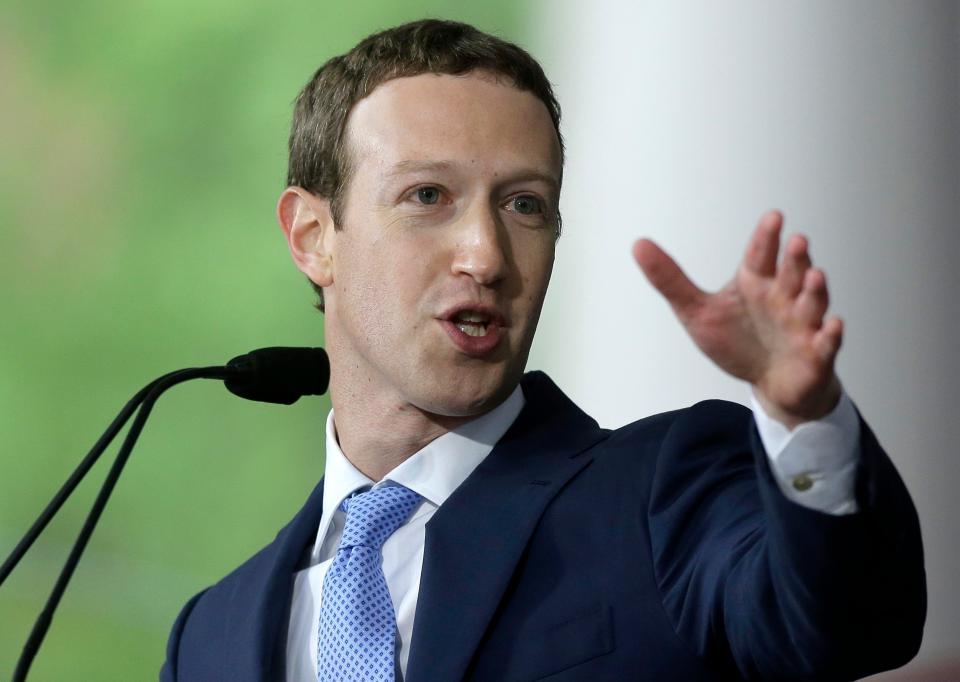 Facebook’s Mark Zuckerberg has been called out by nearly three dozen former employees on his decision not to stand against incendiary posts by U.S. President Donald Trump.

The open letter, initially reported by the New York Times, deepened a crisis facing Facebook’s leadership team, who had to defend their decision at a tense all-hands meeting the day prior following an employee walkout over the issue.

Snapchat likewise took a hard line, boosting Trump’s account on Wednesday from a curated “discover” section of its app which promotes fresh content. It said it would not amplify voices inciting “racist violence.”

Facebook, which left the same posts untouched, did not immediately respond to a request for comment on the letter.

The former employees, including a staffer who opened Facebook’s office in Washington, implored Zuckerberg to implement checks on the speech by political leaders as it does for other users, including fact-checks and labels on harmful posts.

“The company we joined valued giving individuals a voice as loud as their government’s — protecting the powerless rather than the powerful,” they wrote.

Facebook’s current approach, they said, “is not a noble stand for freedom. It is incoherent and worse, it is cowardly.”

The group warned that Trump’s post on Friday, which used the racially charged phrase “when the looting starts, the shooting starts” in reference to protests over the police killing of a black man in Minnesota, could incite violence.

“In an age of live-streamed shootings, Facebook should know the danger of this better than most,” they said.