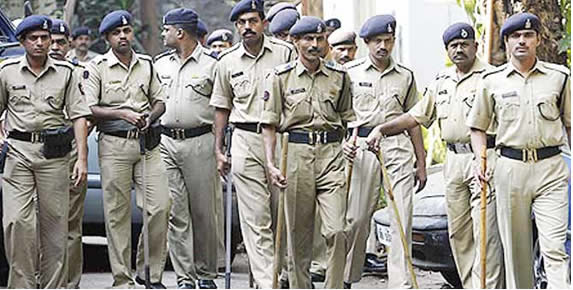 The Crime Branch of the Mumbai Police in India has arrested a Nigerian businessman identified as Ndukwe Fidelis Ibe for entering the country allegedly on a fake passport.

Indian Express reported that Ibe, 35, was deported from India in 2015 for overstaying. Subsequently, a Look Out Notice (LOC) was issued against him.

On August 2, Ibe arrived at the Chhatrapati Shivaji Maharaj International Airport to take a flight to Turkey.

His passport identified him as Kouame Aristide, an Ivory Coast resident. On examination, immigration officials found the passport fake and that his real name was Ibe.

It also came to light that he had an LOC against him after he was deported from India in 2015 for overstaying.

Police said he had visited India thrice using the fake passport he procured from Ivory Coast.

“He is a cloth merchant with business interest in India,” an officer said.

The Crime Branch has also named the Ivory Coast resident who helped Ibe obtain the fake passport as an accused in the case.

“We are also trying to find out how the fake passport went undetected in his earlier visits to the country,” the officer added.