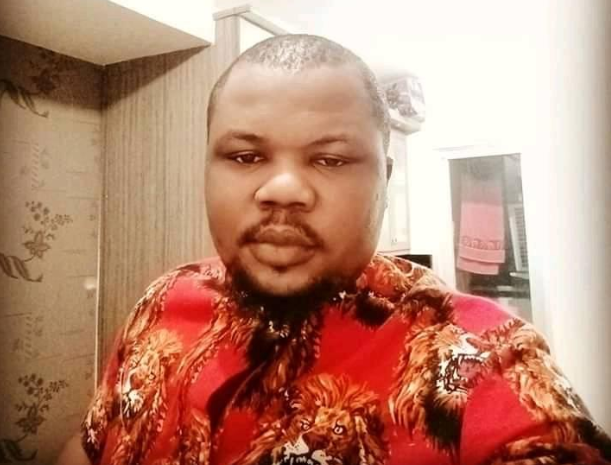 A Nigerian man who was reportedly trying to flee from the Malaysian Immigration officers has died after jumping from the 12th floor of his apartment.

The man identified simply as Ogodor is said to be from Uli in Anambra state.

Details about his death are still sketchy as conflicting reports have been flying around on social media from his roommate and other Nigerians living around the area.

According to his roommates, Ogodor fell from the Gading Nias Apartment in Jakarta, Indonesia, on Thursday.

He said the deceased was trying to run from immigration, so he tried to pass through a narrow ledge to enter his neighbour’s room but he slipped and fell.

However, other Nigerians in the apartment are doubting the story because they didn’t hear any news about immigration raid in the area.

Some of his friends have taken to social media to share videos showing Ogodor at different points in his life, to honor him.

Some also shared videos of the moment his remains were been evacuated from the scene of the incident.

While the true cause of Ogodor’s death is still being investigated, this is not the first case of Nigerians jumping to death while fleeing from immigration officers in Asian countries.

READ ALSO: You are evil if you’re abroad and discouraging others from coming – Twitter user

There have been several reports of Nigerian jumping to death while trying to flee from immigration officers in Indonesia and Malaysia.

Recall that a Nigerian student died in 2018 after jumping from the 13th floor of his condominium in an alleged bid to escape Malaysian immigration arrest.

In 2019, another Nigerian in Malaysia also jumped to death from the 12th floor of a building while trying to flee from the country’s immigration and police officers who had gone to raid his apartment.

Continue Reading
You may also like...
Related Topics:falls to death, Immigration office, Indonesia, Malaysia, Nigerian in Indonesia, Nigerians in Malaysia

China begins construction of 1000-bed hospital to treat coronavirus, to be built in six days [Video]
CAN urges FG to declare Miyetti Allah a terrorist organisation