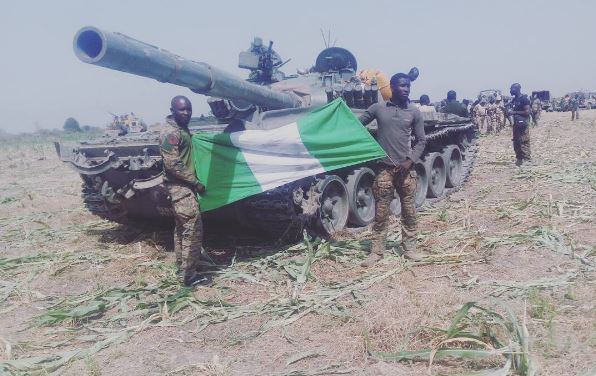 After successfully destroying the stronghold of Boko Haram insurgents in Sambisa Forest, Borno state, Nigeria’s soldiers have destroyed the flag of the terrorists.

According to a picture shared by Colonel Sani Kukasheka Usman, the spokesperson of the Nigerian army, the victorious soldiers were sighted with their guns inside Parisu, Camp Zairo, Sambisa, where the terrorists have been hiding for years.

Nigerian soldiers destroying the flag of the terrorists after capturing Sambisa Forest.