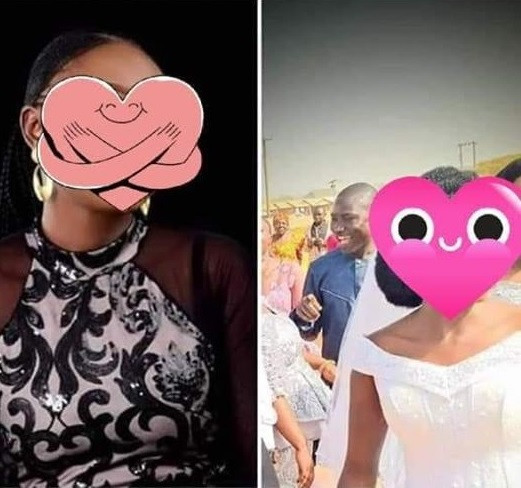 In what seems like an Africa Magic movie, a Nigerian woman has allegedly left her newly wedded husband just six days after their supposed wedding and eloped with another man.

According to a post by Facebook user, Angela Damla, whilst seeking useful information on the bride’s whereabouts, said the couple got married on December 14.

Angela claimed the bride ran away with her ” Sugar Daddy”, however, one Shuaibu Inusa, a secondary school classmate of the groom and Federal Polytechnic Bauchi Accountancy graduate based in Jos, Plateau State, who attended the wedding, debunked the claims. 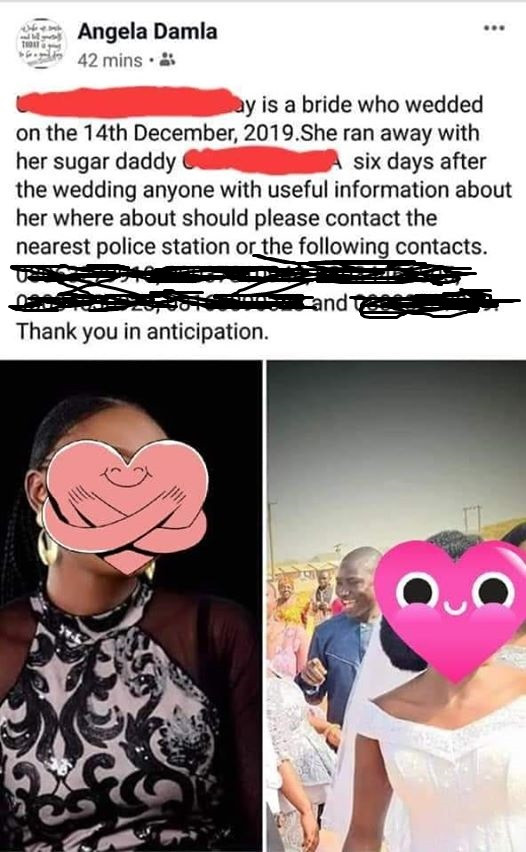 “She left with her other boyfriend not sugar daddy. This is someone I know for years, I attended the wedding cos the husband was my senior in secondary school. We all are from the same town. She chose to leave. Some of her family and friends do call her and she said she won’t come back” Inusa said. 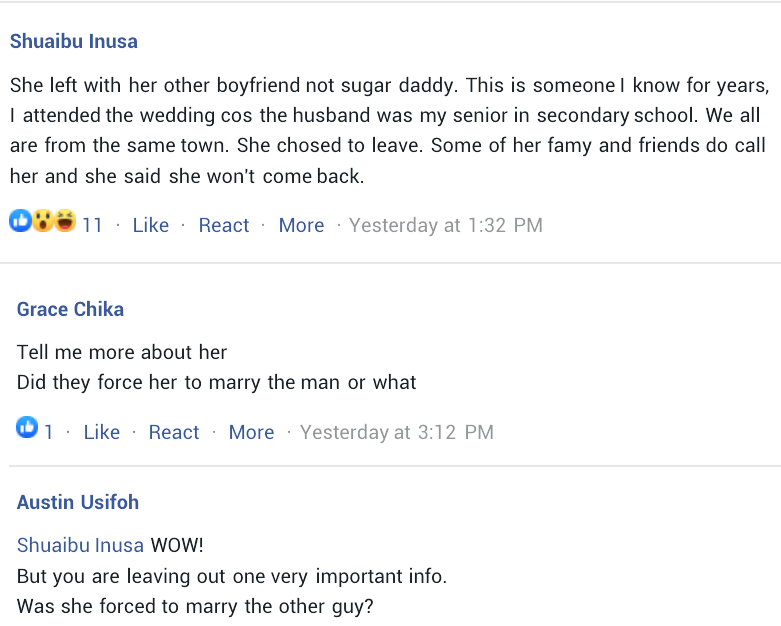 Sharing further details and photo of the groom, Inusa said that the couple dated for years before tying the knot.

“She wasn’t forced to marry him. They dated for years. The funny thing is she was with the hubby when the other guy called and she told him where they are, he came with a car, she excused the hubby that she was coming, boom that was how she left” he added. 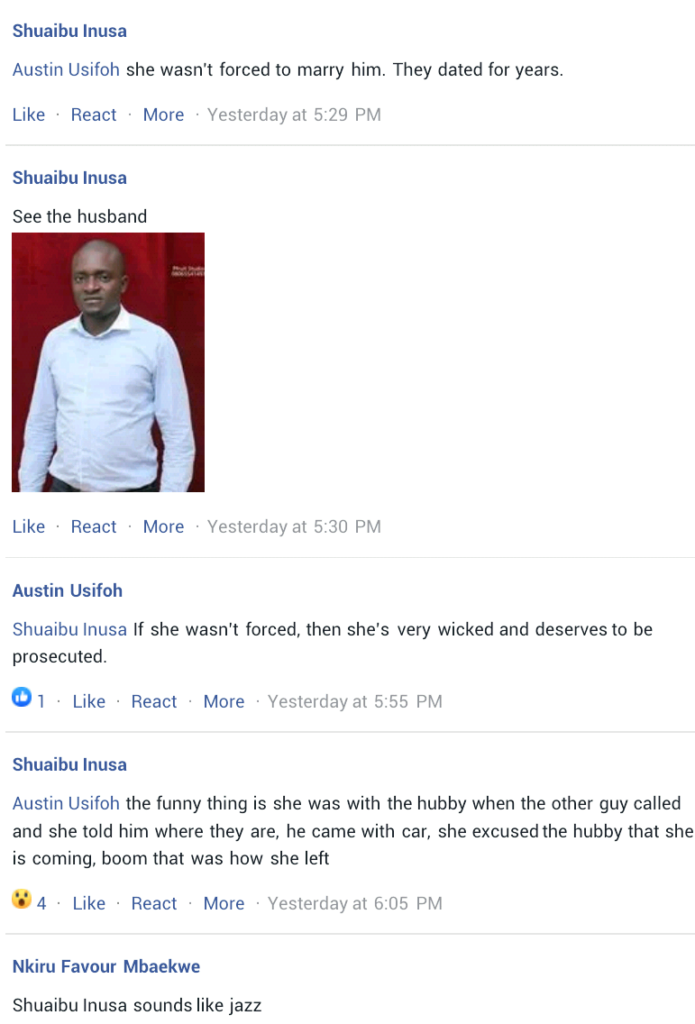 When people said that the lady may have been ”jazzed,” Inusa revealed that a similar incident occurred in the same town six months ago.

“Nkiru Favour Mbaekwe no really, cos a similar scenario happened with a different couple some six months ago in the same town” he said.