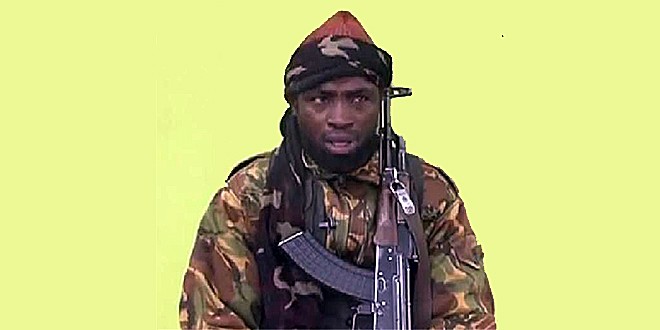 On Tuesday, the Nigerian Army, once again, claimed that it has fatally wounded the factional leader of the the Boko Haram sect, Abubakar Shekau.

Spokesman for the Army, Colonel Sani Usman in a statement, claimed that the militant leader was wounded in an ‘unprecedented and spectacular air raid’.

“Those Boko Haram terrorists commanders confirmed dead include Abubakar Mubi, Malam Nuhu and Malam Hamman, among others,” he added. “While their leader, so called “Abubakar  Shekau”, is believed to be fatally wounded on his shoulders.”

Though it took days for the story to get attention, Nigerians seem to be taking in the story with a pinch of salt. They are calling to mind several times the Army has claimed to have killed the terrorist leader. At least the Army authorities have announced the death of Shekau about three times.

Here are reactions by Nigerians to the new claim of Shekau’s death.

Does Abubakar Shekau possess more than 1 sou? he’s been linked to death several times but his appearance in BH videos persist

#BokoHaram leader Abubakar Shekau has been reported killed several times in the past. https://t.co/2JGykkp9w1

Abubakar Shekau – the man with 7 lives.

He has been killed about 4 times, now fatally wounded! https://t.co/4rPbj0rHHa

U.S Secretary of State arrives Nigeria, check out photos of his visit to Sultan of Sokoto
PHOTOS: Why elderly men and women are kneeling down in front of govt house in Edo today