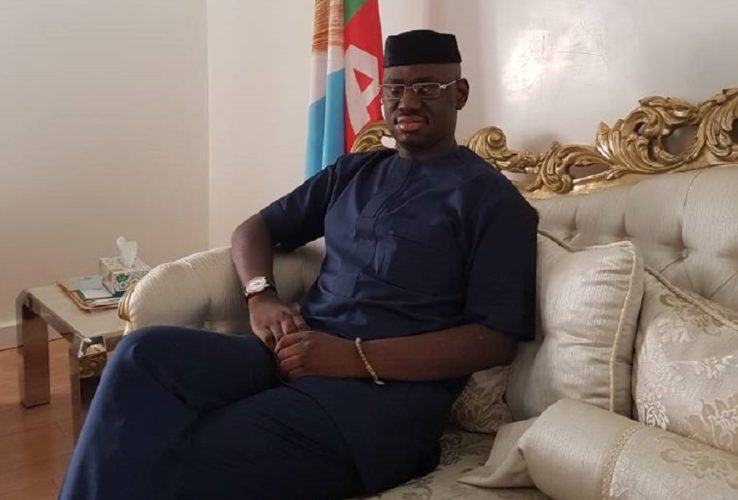 Facebook had on Thursday banned Archimedes from the platform over its “coordinated and deceptive behaviour” as well as conducted a sweeping takedown of dozens of accounts and hundreds of pages primarily aimed at disrupting elections in African countries, with some scattered activity in Southeast Asia and Latin America.

Reacting to the development through a statement on Saturday, Frank said that the world will gradually know all the evil secret behind the declaration of Gen. Muhammadu Buhari as the winner of the last presidential election.

According to Frank, one of the pages that Facebook deleted on Thursday was filled with viral misinformation and direct attacks on Abubakar, the former vice president of Nigeria. The page’s banner image showed Abubakar as Darth Vader, the Star Wars villain, holding up a sign reading, “Make Nigeria Worse Again.”

He also quoted the AP’s report “that on the overall, the misleading accounts had reached some 2.8 million users, and the pages had engaged over 5,000 followers, according to Facebook’s estimates.”

While thanking Facebook for bringing down the fake accounts, Frank said that

“Nigerians ought to be worried about how the APC-led government is spending a huge amount of money just to discredit the rightful winner of the 2019 presidential election, Atiku Abubakar.

“I believe that if a lie goes on for 20 years, truth will definitely catch up with it one day. It will not be long before Nigerians will realise how desperate and fake President Muhammadu Buhari is in his bid to hang onto power.”

The political activist called on the international community to note the Associated Press’ report and the extent of damage done to the main opposition party in Nigeria and its Presidential candidate during the last general election.

“The AP’s report has clearly shown the level of lies sponsored against Atiku during and after the last general election. The campaign of calumny has not stopped but Nigerians should henceforth disregard malicious reports in the social media against the former VP,” Frank stated.