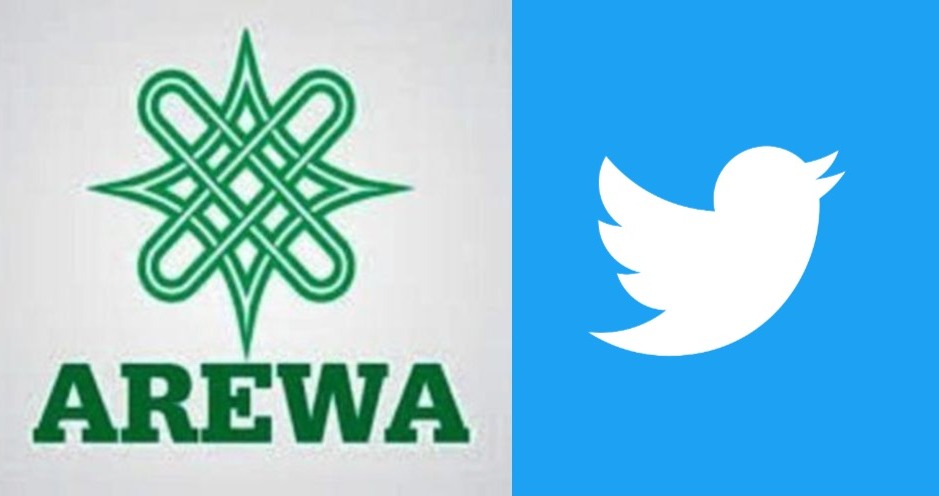 A section of Nigerian Twitter is presently at loggerheads with their countrymen from the Northern part of the country over their consistent condemnation of the mode of dressing of Muslim ladies on the microblogging site.

Twitter users from the Northern part of Nigeria popularly called Arewa Twitter are known for their controversial stance on moral, religious and ethical issues which does not sit well with Twitter users from other parts of the country.

Popular among some of the controversial issues that have pitched Arewa Twitter against other Nigerians is the vile reactions that trailed Nicki Minaj’s planned concert in Saudi Arabia.

Some Northern Nigeria Twitter users vehemently condemned the invitation of the American singer to the Islamic country on moral and religious grounds. Minaj, however, pulled out of the concert citing support for women’s rights, gay rights and freedom of expression.

There have also been cases where these set of Twitter users attack Northern Nigeria ladies for dressing in ways they claimed are not appropriate with Islam.

They court controversy again on Friday with their damning comments on the set of photos posted by a lady.

The lady @march_rios_ had taken to her Twitter page to share photos of herself in a swimming pool.

In the photos, the lady was seen putting on a trouser, a cap and a long sleeve top, leaving no part of her body exposed, unlike the usual way ladies dress to the pool in a swimsuit.

Some men from the northern part of Nigeria camped in the comment section of the lady’s post admonishing and condemning her for ‘exposing her body’.

One of them, Mohamed Faisal, while condemning the post had tweeted:

U posted the shape of ur body jst for us to rtwt and like so thank u showing us how the size of ur breast,ur hips e.t.c is….
Lass lasss fear Allah my sister

The tweets enraged some Nigerians on social media who came out in the lady’s defence and lambasted her trolls for being hypocrites.

They accused Arewa Twitter of being quick to attack ladies’ mode of dressing on social media and ignoring other important issues in their region like child marriage, torture centers and other social vices.

“And this whole culture of policing what women wear more than anything is just so disturbing. A girl covered her hair, wore a pair of trousers and a long sleeve top into a swimming people but there is outrage that her nipple dared show

“Pedophilia is rampant in the North (both against little boys and little girls), but you hardly see anyone talk about it. The cleric who runs a Koranic school on the path to my family house was convicted of raping his students. Case swept under the carpet.

This whole pretence of piety is sometimes just annoying, especially when you log into Twitter. In Abuja, 80%-90% of Sugar daddies are men from the Arewa, their kids are the ones who spend their time policing what women wear on Twitter. Hypcricy galore.”

Our Muslim brothers displaying all their extremism. They lose their voices when it comes to the dungeons (aka “correction centres”) & all kinds of child abuse. But they’re zealous crusaders against Nicki Minaj in faraway Saudi Arabia and an overdressed lady in a pool. #Hypocrisy https://t.co/rXc3oPVcD2

The only difference between Arewa Twitter and others is, majority of us are Muslims and we abide by our islamic rules and we appreciate and respect our culture.

I don’t know much about your religion, but zooming and even having time to circle that area is sickening🤮🤮🤮… Only God knows what you must have done behind closed doors..

The level of hypocrisy in Nigeria and especially from areas twitter! So because she is a Muslim, she shouldn’t feel comfortable swimming?
And note she posted on her TL not on yours! Keep the advice to you sisters and daughters.

Whenever Arewa twitter trends, then be rest assured its for nothing productive or developmental, it’s the usual, hypocrisy, hatred, jealousy, barbarism, idiocies that has been a common practice by some few deluded unfocused dudes in the name of influencers.

Arewa twitter is a symptom of a bigger problem in our society. We need a different and inclusive social approach to address the problem

Arewa Twitter wont cal out Gandollarb nor speak against election irregularities like underage voting in the North. They don’t know that almajiri system is against Children rights and privileges. But they will have erection when they hear the word “Igbo” or Club girls. #Hypochisy

Thanks brother.. Much respect to your religion. I know no religion would preach this… One love 🤝

Lool..so till she wears babariga to go n swim..some of u are mad with nobody to tell u

How do northern women survive in the north with the amount of hypocrites that i see here …..

@march_rios_ live your life to the fullest at the end of the day na only you and your God go discuss. Keep His commandments and do Allah’s biddings and enjoy your life.

Try enter Benin, we need to talk, see how Nigerians are reacting to Twitter CEO’s visit to Nigeria
Scary revelations as Oloni asks ladies to share how they used ‘charm’ on their partners