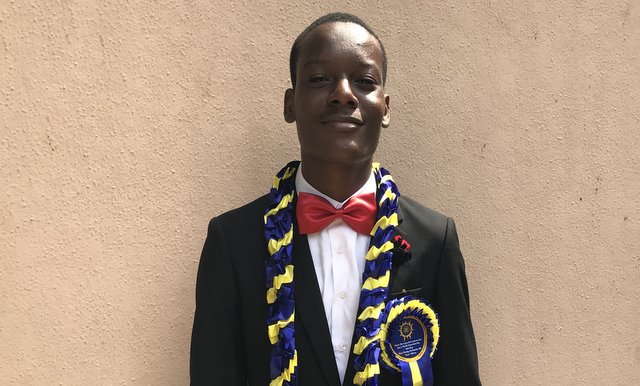 An 18-year-old Nigerian, Peter Arotiba, has been awarded the National Distinction and Merit Award by the West Africa Examination Council (WAEC) for emerging overall best student in the 2018 examinations.

Arotiba, a native of Kogi State, who is currently studying Medicine and Surgery at the University of Ibadan, graduated from the Nigeria Air Force Secondary School, Ikeja, Lagos State.

He was recognised alongside two others at the opening of the 57th Annual Meeting of the Nigeria National Committee (NNC) of WAEC in Abuja on Thursday.

Speaking with journalists after the awards presentation, Arotiba said that achieving success was a function of so many factors, the chief of which was God’s grace and hard work.

“A lot of heroes, who have participated in building me up to whom I am today, instilled the spirit of excellence in me – my parents, my teachers and, personal hard work.

“I have natural passion for reading, so studying was not an issue to me. When you work hard and depend on God’s grace, one will never be disappointed.

“The sacrifice made to achieve this feat was high level of discipline during examinations as I let go of other programmes I enjoyed and concentrated fully.

Meanwhile, Head of National Office, WAEC, Olu Adenipekun, said the NNC was set up as the highest policy-making organ of the council which ensured that policies were formulated in the best interest of the council.

Mr Adenipekun said that the committee was also made to effect positive changes in the education sector of the country.

Also, Chairman, NNC, Binta Abdulkadir, said that the council had improved on its service delivery by taking advantage of the ICT to improve the service, including the online registration of candidates for WASSCE for school and private candidates.

Abdulkadir said that the development had enabled the country to handle its migration from paper to electronic enrollment for its examinations.

She added that the council had also perfected its electronic portal system, an online portal which provides an avenue for the verification of results.

She noted that the council would also be recognising the three best schools in the WASSCE, who would be subsequently presented with the WAEC endowment fund whose prize is worth 5,000 dollars. 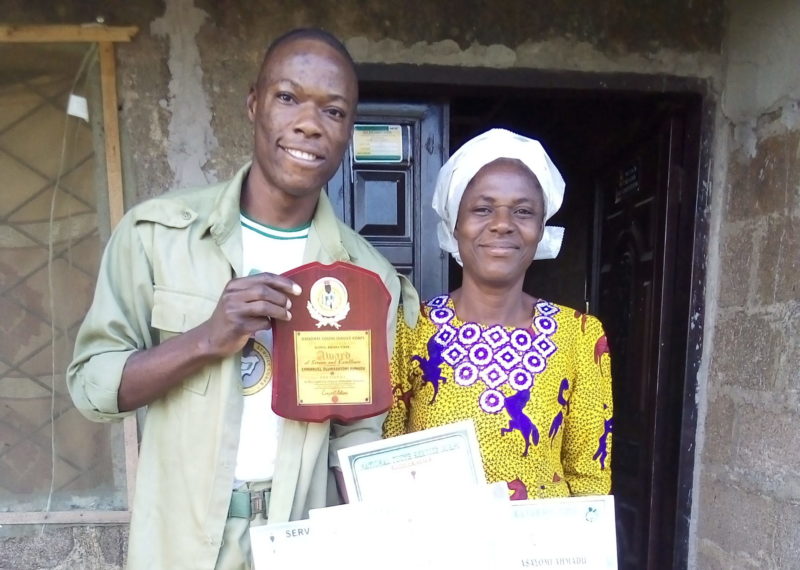 A Nigerian virtuous widow, mother of five children identified as Mrs Esther Ahmadu, who recently retired as a teacher in the civil service in Kogi State has demonstrated that there is more to motherhood than childbirth.

The unflinching effort of Mrs Esther Ahmadu over her children despite roaring obstacles is a twin to Sonya Carson’ – the mother of Dr Ben Carson who went though thin and thick before raising her son who has now become a renowned neurosurgeon in the World.

Emmanuel Oluwasayomi Ahmadu, the second of five children of Mrs Esther Ahmadu went from being a poor student who against repetitive failures and delays soar high to a point of representing both his university and his country – Nigeria, won numerous national and international award competitions.

Emmanuel, professionally known as Mr Voiceover, was pictured in front his mother’s house, showing his gratitude while displaying the numerous awards he received following the impacts he made in Kwara State and Nigeria at large during his just-completed National Youth Service Corps (NYSC) programme in Kwara State.

A true template of motherhood such as Mrs Esther Ahmadu are great inspiration to others, their stories are acts of courage that can empower millions of other women in the country, and that is why Mrs. Esther Ahmadu should be supported, given national honour and recognition to encourage other African parents on good child upbringing and selfless parenting.

On the international front, Emmanuel recently represented Nigeria in Bangladesh, India on 28th July 2020 via Google Meet virtual conference alongside Indian Professors and Mental Health Advocates, where he spoke on “Suicide Prevention” as an offshoot of the Covid-19 pandemic situation which has become a major health challenge across the World. Emmanuel, who seeks financial support and partnership from national and international stakeholders to drive home solutions to Nigeria was able to share innovative ideas from his sensational story and field experiences that have restored hope to over 200,000 people in Edo, Kogi, Kwara and other parts Nigeria and beyond.

Emmanuel told international television network, British Broadcasting Corporation, BBC News that the experience of raising money to register one exam after the other for 17 times in 5 years before he secured admission into the University was a traumatic experience.

“My mom has been the one God used in sponsoring majority of my enrollments throughout the 16 primary schools, 14 secondary schools and the entire 17 O’level examination attempts, including the University Matriculation Examinations (UME) I wrote 5 times”.

“As shocking as it may appear, my mom spent virtually all her salaries thereby neglecting her personal needs as a School Teacher, she borrowed money from people, engaged in all types of petty businesses shamelessly and sometimes went the extra mile to obtain bank loan just to sponsor my enrollments and education and that of my other siblings. She trained us in God’s way from childhood and she never gave up on any of her children despite oppossing tides and societal challenges. She encouraged us all the way, she will always say, “don’t be tired, all will become well.” 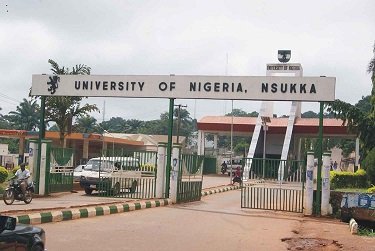 This was contained in a statement signed by Dr Chris Igbokwe, UNN Registrar and posted on the university’s official website on Thursday.

Igbokwe said candidates who made UNN their first choice and scored 180 and above in UTME were eligible for the screening.

He said candidates were expected to pay a processing fee of N2,000.00 through Remita platform in any commercial bank of their choice on or before Aug. 28.

According to him, direct entry candidates that made UNN their first choice should also register for the screening exam.

“Online registration starts on Aug. 5 and ends on Aug. 28.

“Candidates are expected to log on to UNN website: www.unn.edu.ng for details on process of registration,” he said. 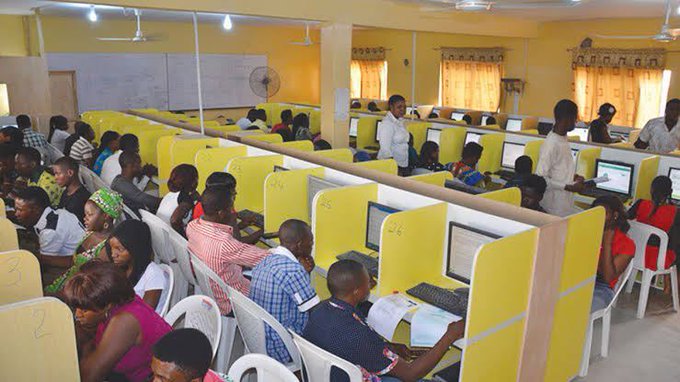 The Permanent Secretary of the ministry, Pastor Emmanuel Idenyi, made the announcement during a meeting with some departmental heads in his office in Lokoja on Wednesday.

Idenyi said that the submission of Bio-data and subject Analysis of all learners in JSS3 and primary Six should also be done by Aug. 18.

He urged parents, school heads and the general public to take advantage of the opportunity to register their wards for the examination.

He warned that the ministry would no longer entertain any further extension of date.

The permanent secretary enjoined all school principals of both private and public schools in the state to immediately submit the bio-data and subject analysis of each learner in the affected classes in hard and soft copies to ascertain the total number of eligible candidates for the Examinations for proper planning.

Earlier in her remarks, the Director Exams and Certification, Mrs. Felicia Okeji, thanked the permanent secretary for his support and expressed the readiness of her department to work with relevant stakeholders to ensure a hitch-free examination.