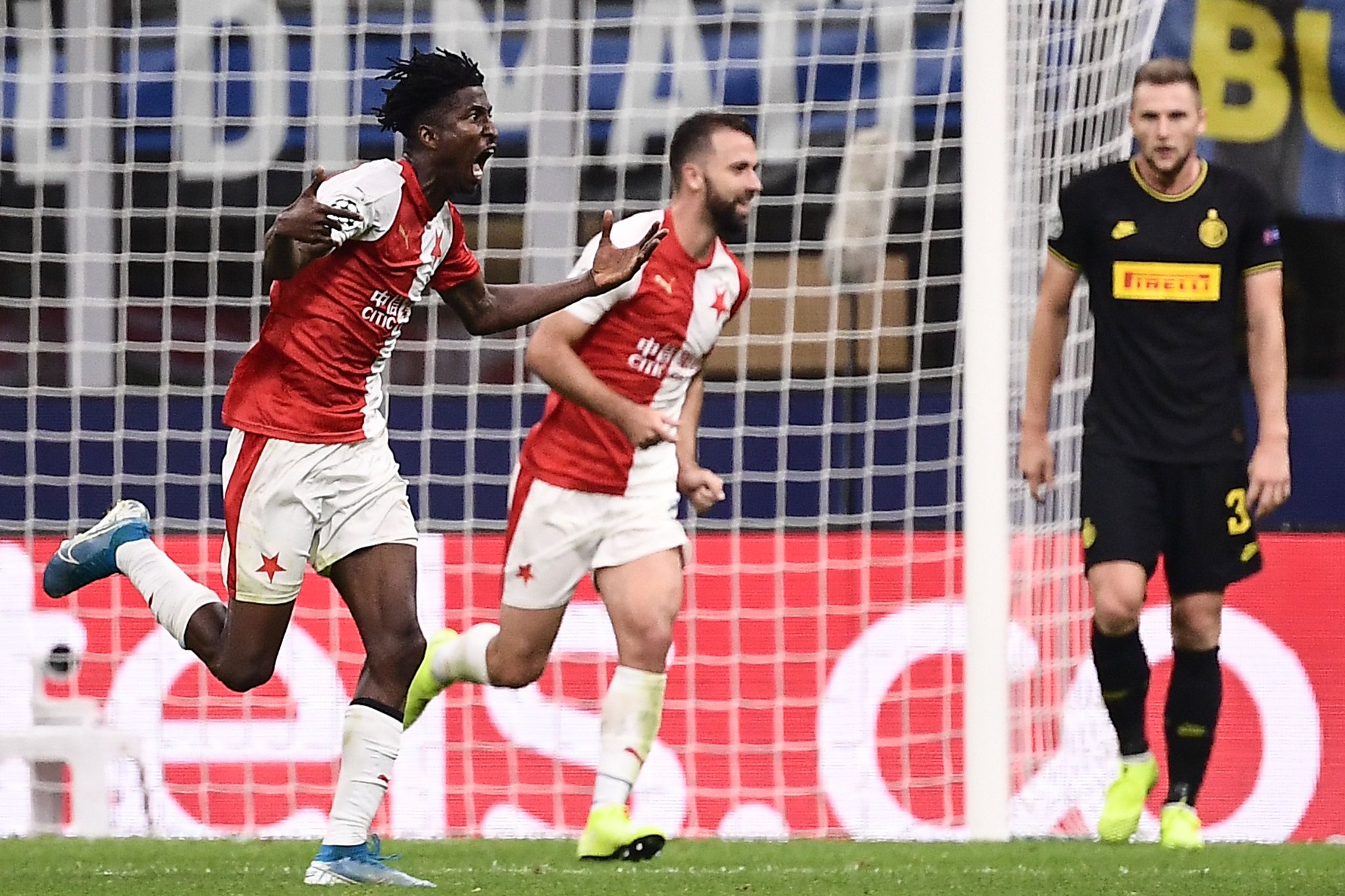 Nigeria’s Peter Olayinka scored on his UEFA Champions League debut for Czech club Slavia Prague on Tuesday in their Group F opening match against Inter Milan at the San Siro stadium in Milan.

Olayinka who was one of the stars of the match put the visitors ahead in the 63rd minute but the Czech side could not hold on to secure maximum three points as Inter’s Nicolo Barella scored an injury-time equalizer for the Italian side.

The match ended 1-1 in the Group F that has Barcelona and German side Borussia Dortmund presently locking horns at the Camp Nou.

The Nigerian striker joined Slavia Prague on a four-year contract from KAA Gent in July 2018.