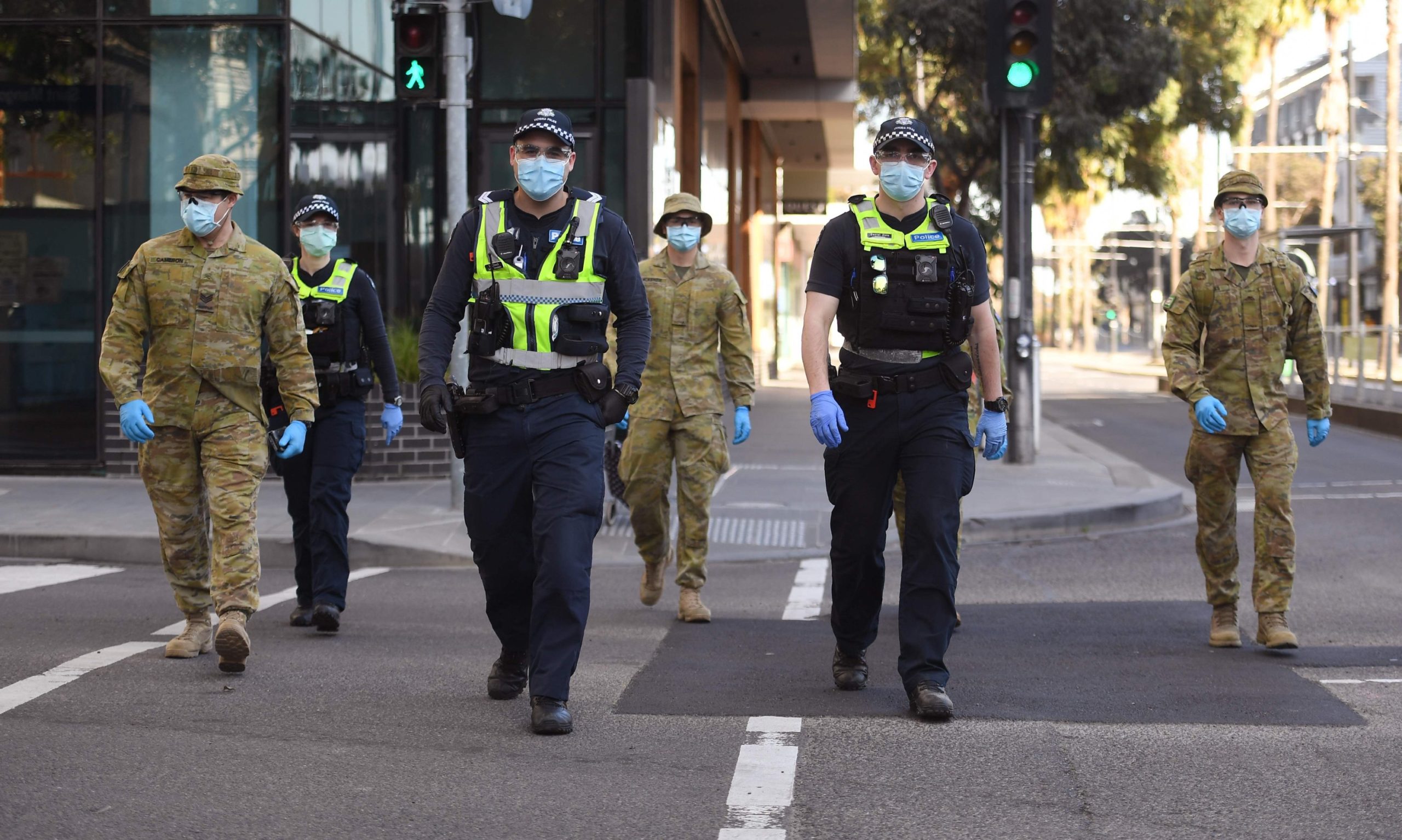 A night curfew has been announced in Australia’s second-largest city of Melbourne as COVID-19 cases continue to rise, mostly due to community transmission, despite strong restrictions.

Victoria, the state of which Melbourne is the capital, has been in COVID-19 turmoil since it was hit with a second wave in June, with Thursday seeing a record 723 new cases.

Seven people died from coronavirus overnight, taking the state toll to 123 and the national toll to 208, as Victoria recorded 671 new cases of the disease, state’s Premier Daniel Andrews said on Sunday.

He also announced a “state of disaster,” giving police and other authorities additional power, as well as a slew of new restrictions, including suspending the acts of state parliament.

“There will be a curfew across metropolitan Melbourne from 8:00 pm (1000 GMT) this evening,” Andrews told reporters in Melbourne.

He said that it would run from 8:00 pm each and every day.

Melbournites will only be allowed to shop once a day – one per household – and may get not more than one hour of exercise daily within 5 kilometres of their homes.

Recreational activities are not allowed anymore.

“These are big steps but they are necessary.

He said there were 760 “mystery cases” of community transmission – for which the source of virus infection could not be traced.

He described the cases to be at an “unacceptably high level” and “our biggest challenge.”

“This is a public health bush fire crisis, but you can’t smell the smoke and you can’t see the flames,” Andrews said.

Other restrictions include group size being limited to a maximum of two, whether they live with each other or not.

All weddings are canceled in Melbourne. Face masks are already compulsory and schools and colleges are also moving online for remote learning from Wednesday onwards.

The restrictions, as well as curfews, are to remain in place until Sept. 13.

“If we don’t make these changes, we’re not going to get through this,” Andrews said, adding: “We need to do more. That is what these decisions are about.”

While the rest of the country is doing quite well in containing the virus, Victoria has currently 6,322 active cases, with 385 people in hospitals.

Some 650 health workers have also contracted the virus.

Victoria’s latest outbreak is said to have been due to security lapses in hotel quarantine for people returning to Melbourne from overseas, while Victoria’s borders with other states have been shut.

Why didn’t you answer me, lady tackles Jesus Christ after failed attempt to raise the dead 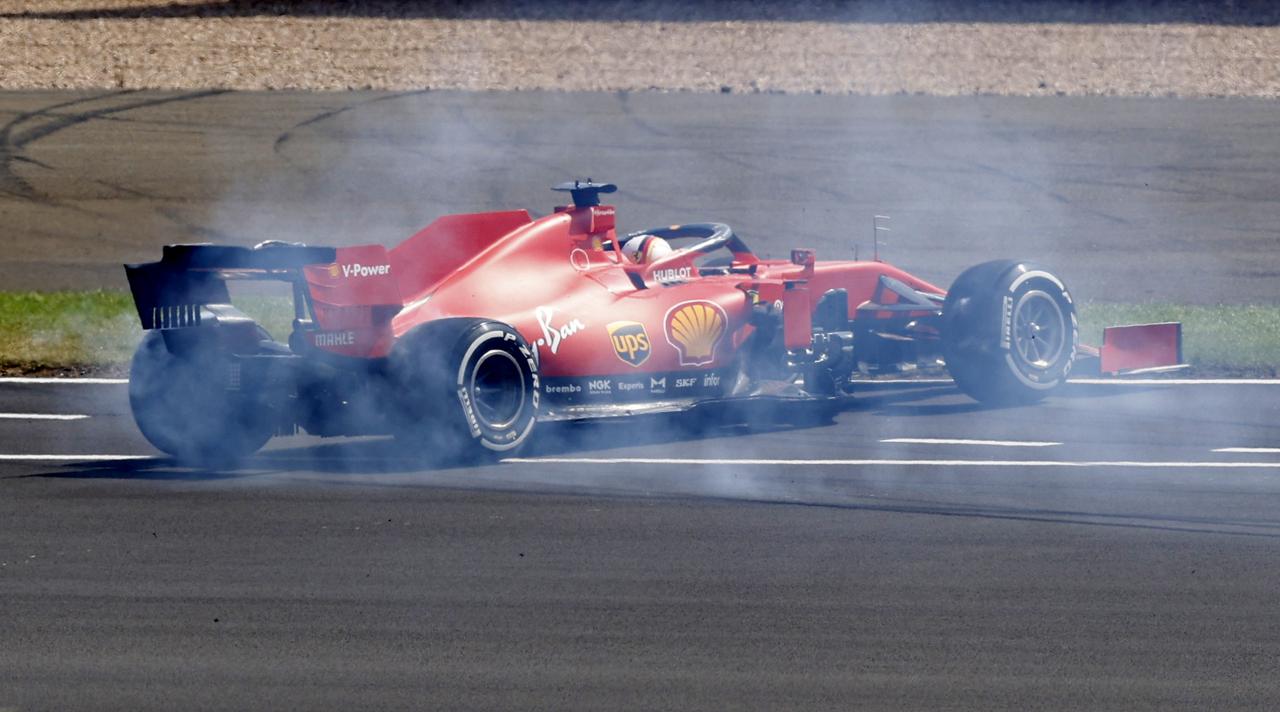 Sebastian Vettel accused Ferrari of messing up with a strategy that made no sense on Sunday.

The unhappy German however did not help his own race by spinning at the first corner and dropping to last.

It was a sign that the four-times world champion’s relations with the team are wearing thin, following their decision not to keep him on beyond this season.

After rejoining in traffic from his first pitstop, Vettel informed his team over the radio that “you know that you messed up.”

“We spoke this (Sunday) morning and said there was no point pitting knowing that we will run into traffic ——- and that’s exactly what we did,” he told reporters later.

“We went also onto a hard tyre, which we then only had on for 10 laps, probably not even that. So, it didn’t make any sense.

“I mean why would you put the hard for 10 laps and put the medium for 20 laps? So, I was running out of tyres towards the end. So, we spoke about exactly that.”

Vettel had said earlier in the weekend that he had run out of answers to explain why he was having such a hard time with the car.

The German, who won all his titles with Red Bull between 2010 and 2013, has been eclipsed by young Monegasque teammate Charles Leclerc.

Ferrari’s review of the race said, perhaps pointedly, that Leclerc’s result was the result of “strategy and bravura”.

Vettel is 13th in the standings after five races, with 10 points to Leclerc’s 45.

His best finish this year was sixth in Hungary, and he has been 10th twice.

The Osun Police Command has dismissed Inspector Ago Egharevbe for allegedly brutalizing a 20-year-old fashion designer, Ayomide Taiwo, leading to his death.

The Newsmen reports that the incident, which happened on Wednesday at Obokun, led to the victim been hospitalized and later died on Sunday.

The Command’s Spokesperson, SP Opalola Yemisi, in a statement on Sunday in Osogbo, explained that Egharevbe, attached to Obokun Divisional Police Station, was arrested after the incident.

Yemisi said the inspector had been tried in orderly room and that the Commissioner of Police, Undie Adie, had recommended his dismissal to the Inspector General of Police.

She said the commissioner of police would not condone any act of indiscipline, brutality, unprofessional behavior from any member of the force under his command.

“The Osun State Police Command wishes to state that the officer, Inspector Ago Egharepbe, who brutalized a civilian in Ibokun has been tried and dismissed from the force.

“The Commissioner of Police, Undie Adie, has recommended his dismissal to the Inspector General of Police and he has been dismissed.

“He will be charged to court on Monday for murder.

“CP Adie and the entire Osun Police Command commiserate with the family and friends of Ayomide Taiwo on the death of their loved one as we promised to ensure justice is served,” Opalola said.

Confirming the death, Mr. Popoola Adebayo, the deceased boss, said Ayomide died on Sunday “as he had remained unconscious since the attack five days ago.”

Earlier, the deceased brother, Oladimeji Wasiu, said that the incident happened when he and his late brother were returning on a motorcycle to Osogbo from Iragbiji, their home town, where they went for the Eid-el-Kabir celebration.

Wasiu said when they got to Ilahun village, along Ibokun road at about 3:30 pm, they met police officers at a checkpoint who ordered their bike to stop.

He said one the officers became aggrieved when he asked Ayomide to pay N50, but he delayed in paying.

Wasiu said when the officer found out that Ayomide had a huge sum of money with him, he became furious and hit him with the butt of the gun, which forced both of them to fall down and Ayomide became unconscious.

MORE READING!  See what was removed from bulging stomach of lady who thought she was pregnant for 13 years (Photos)

“While we were coming from home, at Iragbiji after Sallah, we met four police officers on our way.

“One of the police officers stopped us and requested for money when my brother brought out money to give him, he saw that he had a huge amount in his pocket, this angered him and he hit him with the butt of his gun on his head.

“And immediately we fell down from the motorcycle while the remaining three officers ran away,” he said. 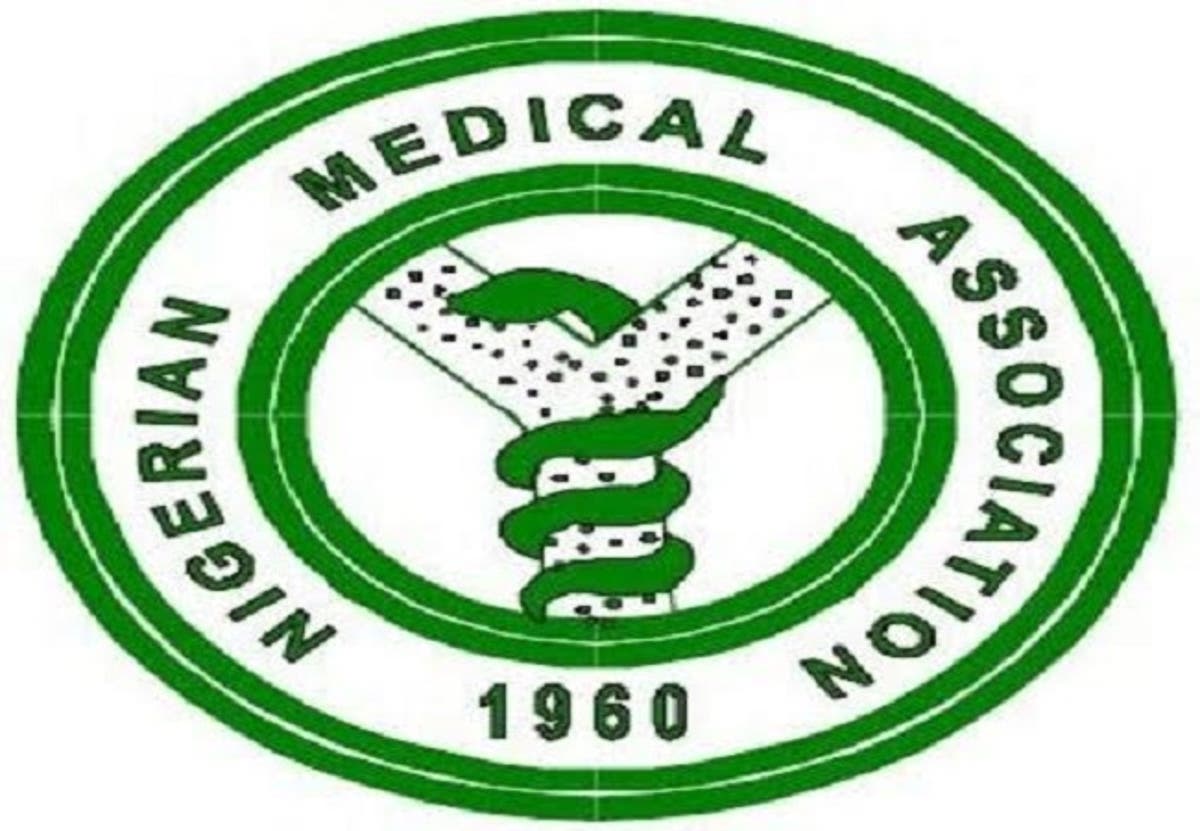 The Nigerian Medical Association (NMA) has warned state branches of the association to henceforth, comply strictly with values that would protect the rights of members seeking elective offices in the association.

The President of the association, Prof. Innocent Ujah, gave the warning in a statement issued in Abuja on Sunday.

Ujah said that state branches of the association that had yet to conduct their elections must ensure that democratic values were upheld to protect the inalienable rights of members.

“We want to reiterate our belief in the sacred democratic values of fairness and exploring the constitutional measures available for conflict resolution.”

MORE READING!  Doctor narrates his encounter with 'ghost' while sleeping over at colleague's house

The president said that images emanating from the election had portrayed the association in a bad light, noting that the national secretariat of the body had stepped into the matter.

“It is instructive to note that as the foremost professional body in the country, we condemn in its entirety all forms of electoral violence.

MORE READING!  See what was removed from bulging stomach of lady who thought she was pregnant for 13 years (Photos)

“Electoral violence of any form does not represent what we stand for as Nigerian doctors and it is clearly at variance with our ideals and ethos.”

According to him, the association believes in the sanctity of the ballot and members must, therefore, be allowed to exercise their franchise through a free, fair, and credible process, devoid of any form of rancor or violence.

He said that as members of the profession, members must continue to exhibit the highest levels of decorum in all affairs of the association, including before, during, and after elections.

“The NMA leadership assured all members that we as an association will not fold our arms and allow a few persons to bring us to disrepute.’’

Ujah said that the association would deliberate on the cases during its next National Executive Council meeting, scheduled for Aug. 27 to Aug. 30th.

He assured that the case would be thoroughly investigated and that all those found culpable would be brought to book to serve as a deterrent to others.