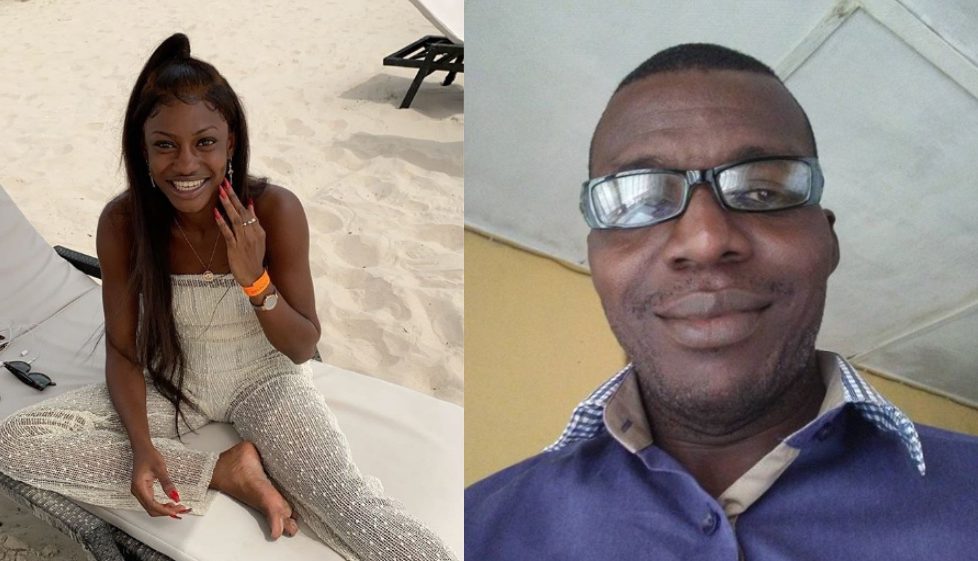 A female student of the Nigeria Institute of Journalism (NIJ), Ogba in Lagos, has accused one of her lecturers of sexually harassing her on the school’s campus.

Anjola/@mz_anjiii took to her Instagram page on Friday to narrate how she was almost allegedly raped by Tene John.

WuzupNigeria gathered that Anjola is a National Diploma (ND 1) student of the institution, while Tene is a General Studies (GNS) lecturer.

Narrating her ordeal, the student said on the day of the incident she arrived the campus as early as 7 am for an 8 am lecture to be taken by Tene.

“I was in school very early, it was about 7:20 am. I had classes for 8 am and this same lecturer that assaulted me was the one teaching the course. We bumped into each other at the entrance of the corridor leading to my class then he said he hasn’t been seeing me and he asked me to come with him to his office

“I sat opposite him while we had several discussions. When I was about to leave he ran so quick and blocked the door.

“He started trying to kiss me but I didn’t give him the chance. He tried a lot of time and then held my neck so tight that I was alm ost out of breath.

“After so much struggling, he succeeded and somehow he was able to move my panties to the side. That was how he was able to lick me down down. I was so irritated I gathered strength and pushed him but he still didn’t stop.“

The lady said the lecturer didn’t let her go until she tricked him to enter a deal with her that she would do anything if he let her go and also assist her to switch to a part-time programme which has been their discussion since she got to his office.

When called to a panel over the issue, Anjola said Tene denied all the allegations.

She claimed the incident has made her feel devastated because she has been a victim of sexual harassment in the past.

See screenshots of her story: 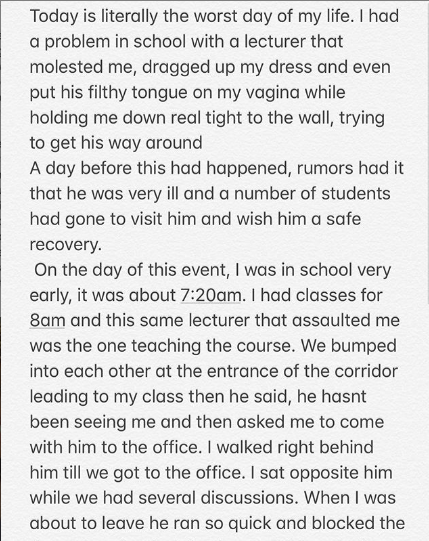 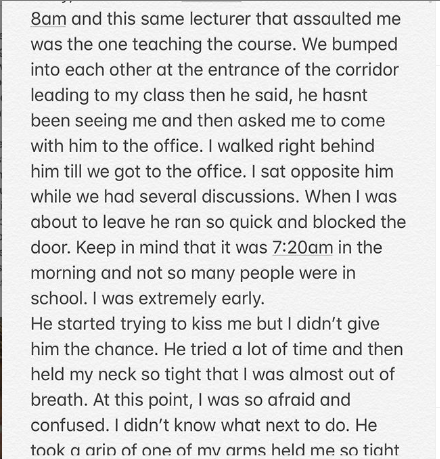 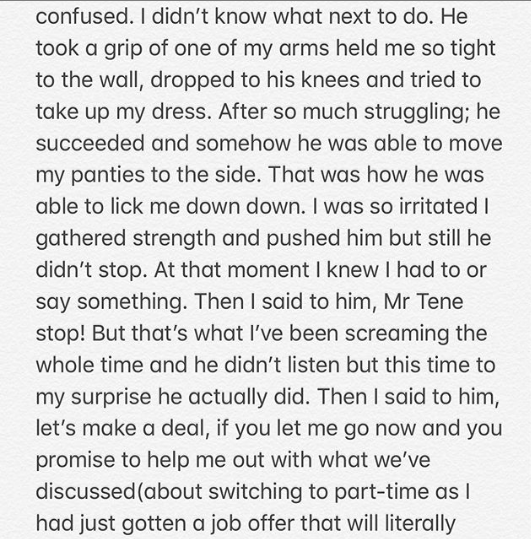 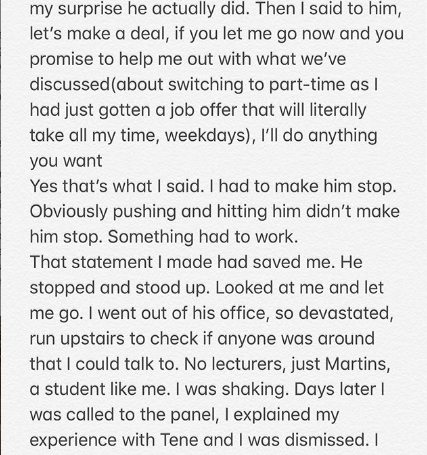 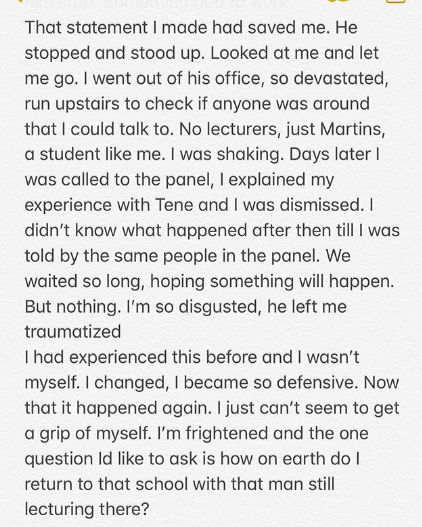 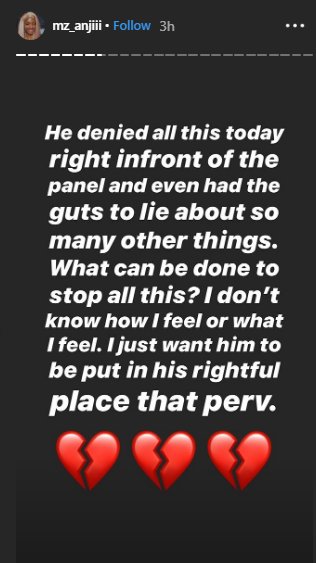 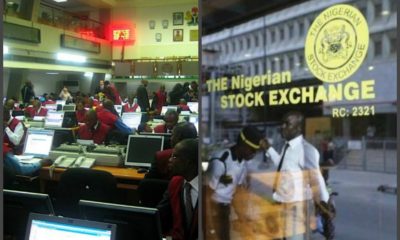 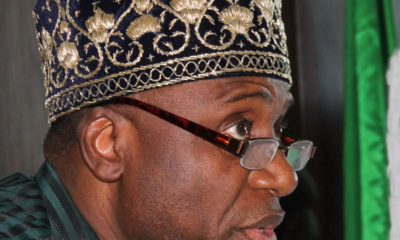