Manchester United on Thursday confirmed that nine of their academy graduate players would leave the club at the end of the month when their contracts expire.

Man United also thanked the departing players for their contributions during their time at the club and wished them the very best of luck for the future.

This is coming less than 24 hours after Man United defeated Sheffield United 3-0 in Wednesday’s Premier League encounter at Old Trafford.

United are currently in the fifth position on the Premier League table with 49 points from 31 games. 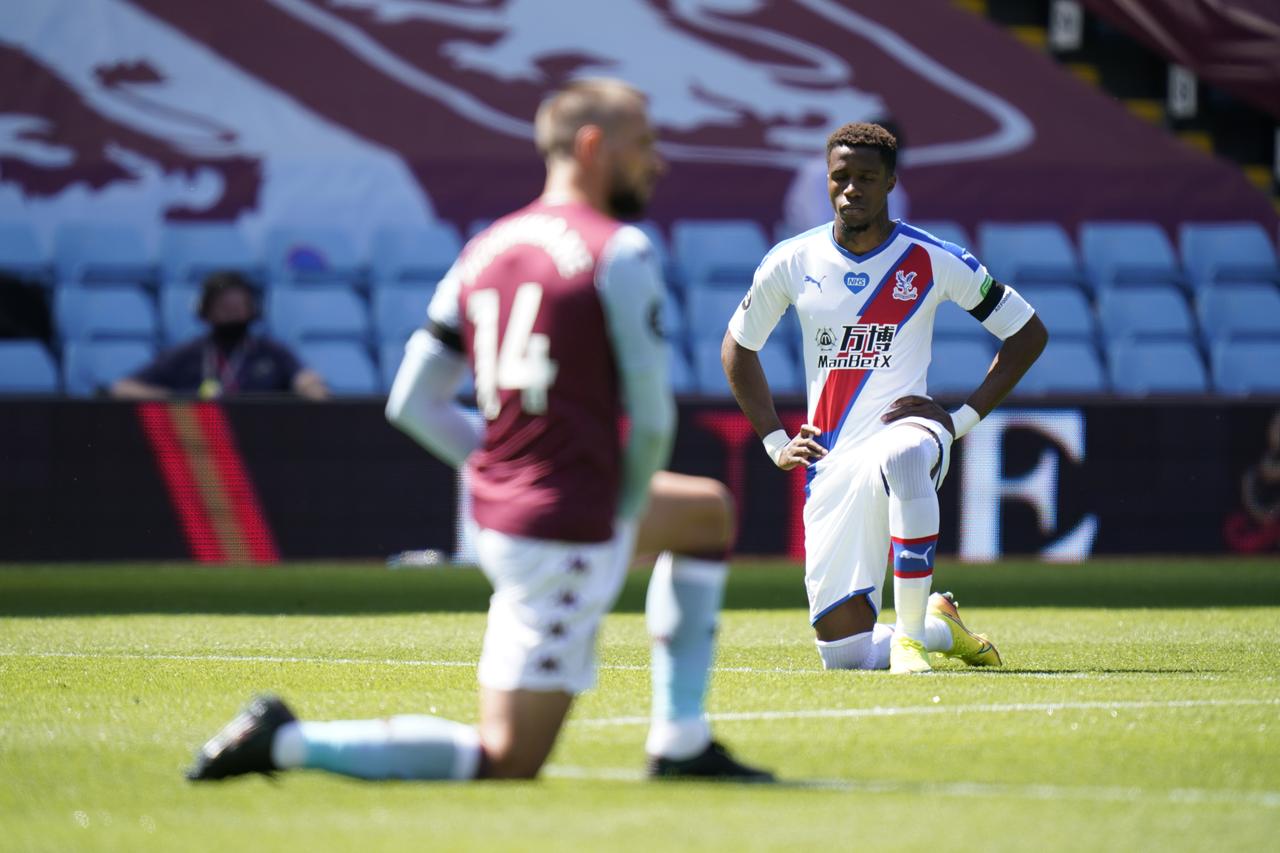 Crystal Palace’s Wilfried Zaha has been subjected to racist abuse on social media and the forward shared screenshots ahead of their English Premier League (EPL) game at Aston Villa on Sunday.

The Cote d’Ivoire international tweeted images of the messages he received from an individual on Saturday, which included one of the members of the white supremacist organization the Ku Klux Klan.

“This is an absolute disgrace and should not be happening. We stand with you, Wilf, and anyone else who has to suffer such horrific abuse,” Crystal Palace said on Twitter.

“People like to make these experiences seem like it’s not the norm for black people. It’s always an outlier. `Not one of us’. `Not a real (insert club) fan’,” Wright tweeted.

“These are real people and daily experiences. Sooner we accept it the better we can deal with it.”

When the English top-flight restarted after a three-month stoppage due to the COVID-19 pandemic, all players had “Black Lives Matter” on their shirts in the opening round of games.

This was in the place of their names.

However, teams have been taking a knee before matches kick-off to show their support for the campaign. 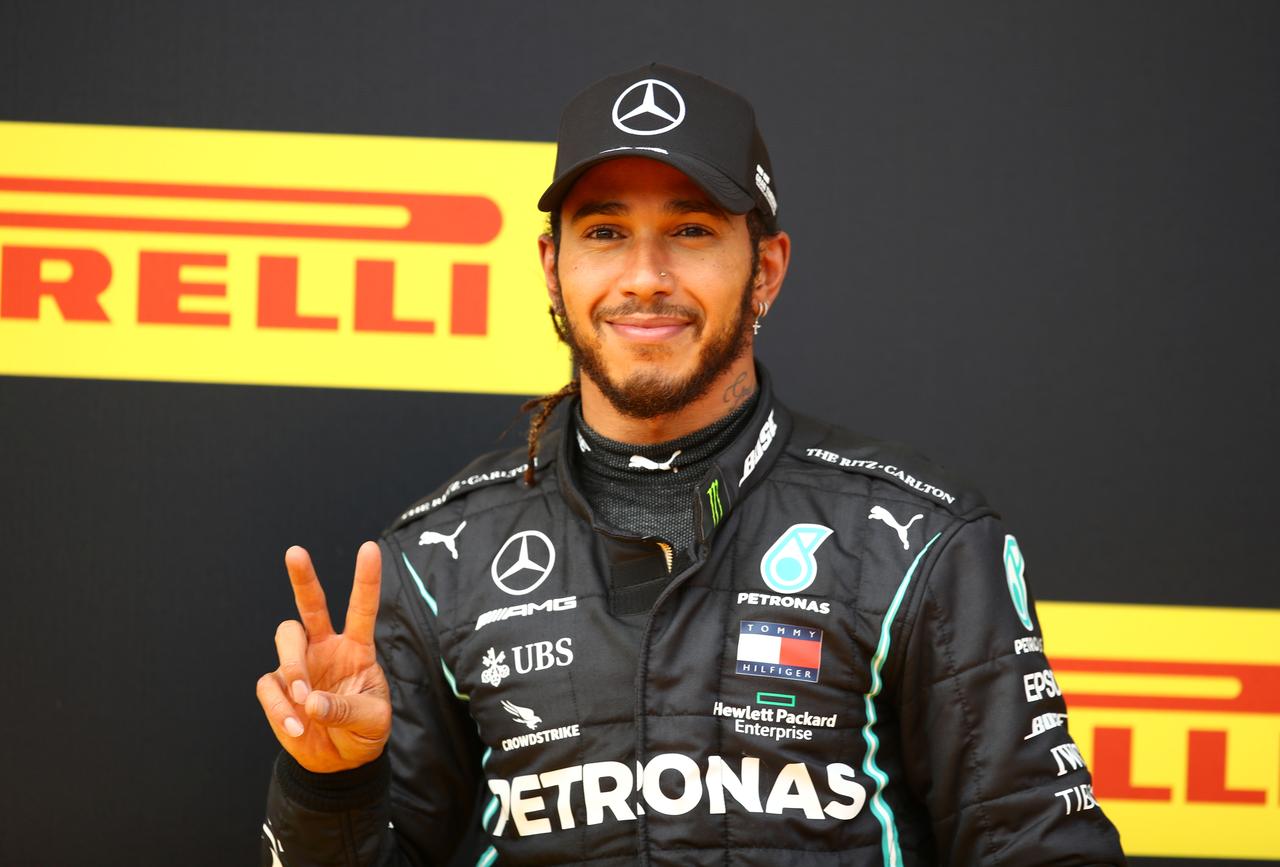 Six-time world champion Lewis Hamilton dominated the Styrian Grand Prix in a Mercedes one-two on Sunday to celebrate his 85th Formula One win and move a step closer to Michael Schumacher’s record of 91 victories.

Finnish Teammate Valtteri Bottas, the winner of last weekend’s season-opener behind closed doors at the same Austrian circuit, finished a distant runner-up with his championship lead cut to six points.

Red Bull’s Max Verstappen completed the podium on a sunny afternoon at his team’s home Red Bull Ring after starting on the front row and being passed by Bottas in the closing stages.

Struggling Ferrari provided a major talking point with Charles Leclerc and Sebastian Vettel colliding on the opening lap and both retiring from the race.

“What a weird year it is, but it’s great to be back up here, to be driving with this kind of performance,” said Hamilton, who started from pole position after a sensational lap in a rain-hit qualifying and remained in complete control.

“I’m so grateful to be back in the first place. It feels like a long time coming since the last race last year, and to come back in after a difficult weekend last week is a great, great step forwards.”

The Briton, who wore a Black Lives Matter T-shirt on the starting grid, again took a knee with other drivers before the start as part of an anti-racism campaign.

Sunday’s race was the first time a circuit has hosted two back-to-back rounds in the same championship year, with the original calendar ripped up and rewritten due to the COVID-19 pandemic.

Bottas, who started fourth and now has 43 points to Hamilton’s 37, said his afternoon had been about damage limitation.

“I still got good points, still leading (overall) so it’s not too bad. Yesterday wasn’t ideal,” he said.

Red Bull’s Alex Albon finished fourth with Lando Norris fifth, a result that moved the 20-year-old McLaren driver up to third in the standings, after overtaking both Racing Point drivers on the final lap. 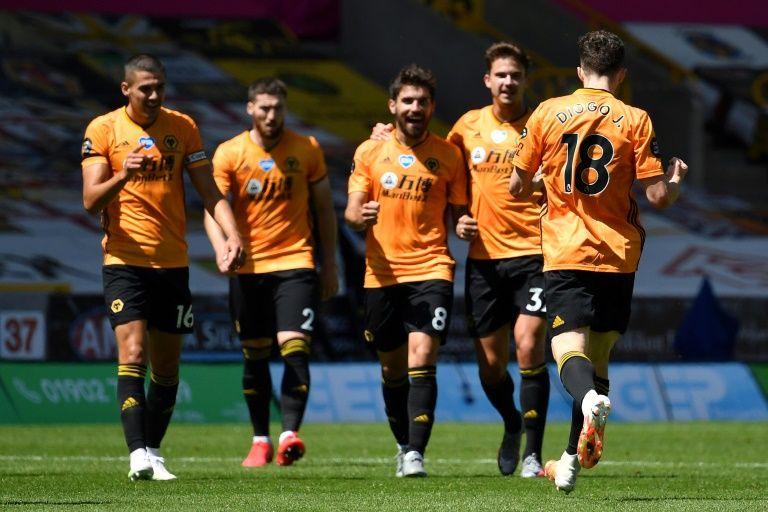 Wolves bounced back from back-to-back defeats to move into the Premier League’s top six on Sunday by inflicting another miserable away the day on Everton in a 3-0 win at Molineux.

Raul Jimenez’s penalty and Leander Dendoncker’s header a minute either side of half-time put the game out of Everton’s reach before Diogo Jota beat Jordan Pickford at his near post 16 minutes from time to round off another performance that will see the England number one scrutinized.

The victory lifts Nuno Espirito Santo’s men back ahead of Sheffield United into sixth and within four points of fourth-placed Leicester, who face Bournemouth later on Sunday.

Fifth could also be good enough for the riches of Champions League football next season should Manchester City’s appeal against a two-season ban from European competitions fail when the Court of Arbitration for Sport’s verdict is revealed on Monday.

Should Wolves win their next two games against Burnley and Crystal Palace, they could have the chance to snatch Champions League football from Chelsea when they visit Stamford Bridge on the final day of the season.

Goals have been hard to come by for Nuno Espirito Santo’s men since the season’s restart last month with just four in their previous five games.

But they were given a helping hand by an Everton side meandering towards the end of the campaign with little purpose.

Daniel Podence lured Lucas Digne into committing a penalty in first-half stoppage time and Jimenez coolly sent Pickford the wrong way for his 25th goal of the season.

Dendoncker doubled the host’s advantage early in the second half as he flicked Pedro Neto’s in-swinging free-kick into the far corner.

Pickford has made a string of eye-catching errors since the Premier League’s return and was inches away from conceding an embarrassing third as Podence’s shot squirmed between his legs before he just recovered in time to prevent the ball going over the line.

Burnley’s Nick Pope shone in a 1-1 draw at Anfield on Saturday to end Liverpool’s perfect home record in the Premier League this season to further his case for ousting Pickford at the international level.

And the Everton stopper did his case little favors when Wolves’ third goal did arrive as Jota controlled Ruben Neves’s great long pass over the top before firing in at the near post from a narrow-angle.