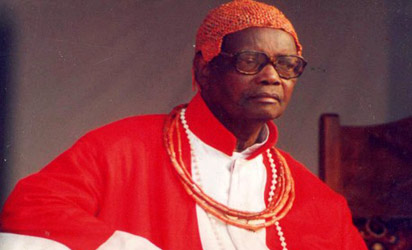 As part of the ceremonies marking the 15 days funeral rites of late Benin Monarch, Oba Erediauwa, residents in Benin kingdom have been warned not to cook with fire on Sunday 5th June.

It is the day of Igberimwin in the royal funeral rites programme.

A press statement signed by Secretary to the Benin Traditional Council, Mr. Frank Irabor said cooking without fire was in accordance with Benin customs and tradition.

The statement said all Benin’s as well as non-indigenes in the kingdom were expected to observe the Igberimwin rites.

But how can one cook without fire? If you know, please tell us.

[PHOTO] This family was disgraced for stealing in a supermarket
Stop sacking people, Ngige tells banks