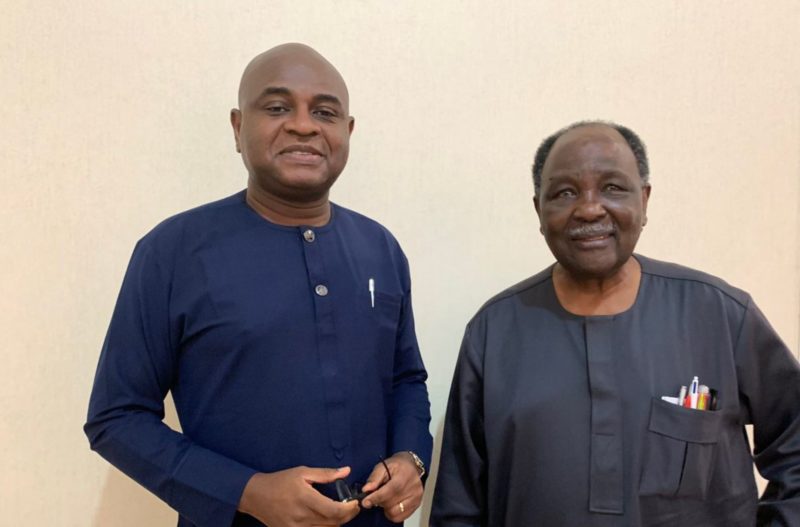 WuzupNigeria recalls that Gowon, who just turned 85 years old, was Nigeria’s president during the civil war. The war was fought by the Nigerian Army and the secessionist Biafran Armed Forces from 6 Jul 1967 to 15 Jan 1970. About 500,000 and two million Biafran civilians died of starvation in the conflict.

Many Nigerians, especially Igbo, blame the Federal Government for the deaths, which has been described in some quarters as a genocide. So, when Moghalu, in his congratulatory message to Gowon on his 85th birthday, described the ex-president as “our humane former Head of State”. He touched many sour nerves.

Happy 85th birthday H.E. Gen. Dr. Yakubu Gowon, GCFR! Our humane former Head of State, you have been a friend of many years. I recall your visit to us in my hometown Nnewi in December 2005 as Chairman of the inauguration of the Isaac Moghalu Foundation in memory of my father.

Your unique role in our national life is a unifying one, and I know your heart from our many conversations. May God give you many more years, and may He give you the grace and strength to continue to labour in His Vineyard and play an important role in healing our country,

bringing to a close the bitter divides of our historical past and charting a new future as a nation based on equity and justice, a future in which all Nigerians are equal and there is no victor and no vanquished. You are uniquely placed to play this role. God bless you, Sir.

Happy 85th birthday H.E. Gen. Dr. Yakubu Gowon, GCFR! Our humane former Head of State, you have been a friend of many years. I recall your visit to us in my hometown Nnewi in December 2005 as Chairman of the inauguration of the Isaac Moghalu Foundation in memory of my father.1/2 pic.twitter.com/EyHv62f7h5

Angry reactions trailed Moghalu’s tweet, with many calling him a sell-out.

One Dr. Mbamalu, who described himself as a medical officer and nationalist, noted that history will never forget Gowon’s exploit during the civil war.

No tribute so beautifully written can erase the chronicles of Gowon.

He who hath watched on with keen disinterest while Igbo officers were butchered in the army coupled with the 30,000 Igbo pogrom in the Northern cities of Kano and Kaduna…

Failed to intervene in the incessant killings for months but suddenly realised that there’s a concept called National Unity when the nearly extinct region decided to secede.

No, no article or epistle can erase that.

The evil that men do will continue to live after them

He who also watched with keen disinterest while innocent women and children were being butchered by his men during the unnecessary Biafran War of Civil Defence.

No, history will never forget that.

He who preferred war heroism to proffering simple solutions to the discord.

Someone said we should be fair in our judgements. That he was fair during the post war era.

Fair with policies he couldn’t see through.

Fair. A man trying to erase his guilt.

Fair. In all fairness, he should have been prosecuted for war crimes

The only thing politics permits is a “Happy Birthday to the former military head of state”.

And end it there.

There’s nothing humane about his tenure and reign.

No tribute so beautifully written can erase the chronicles of Gowon.

He who hath watched on with keen disinterest while Igbo officers were butchered in the army coupled with the 30,000 Igbo pogrom in the Northern cities of Kano and Kaduna…

Shey I told y’all then, that Moghalu was a scam, after he pulled that dishonourable stunt and cost Nigeria another four years. @Asincole was it you that was defending him?

It is only a hopeless Igbo person that will see nothing wrong with Moghalu praise on Gowon.

The other day my friend in USA was talking about bad governance in Nigeria & how the youths contributed by voting in old men with stale ideas instead of young men like Kingsley Moghalu with fresh ideas.

I just hope he can see how kingsley’s young fresh idea led him to join APC.

If he wants to take offense, he is highly welcome. The person I blame more is Moghalu for ascribing ‘humane’ to Gowon just because he’s seeking for political relevance. Bunch of ndi efulefu!

See some tweets below:

I’m certainly sure that Prof., Moghalu will not visit Asaba or Isheagu West Niger Igboland of Anioma, where a family lost between 11 to 21 member in a night without getting harassed.

What a disappointment in Prof. Moghalu#IgboWillOutLiveYouAll

May we never, amongst us, lack brave hearts who mouth history and who mouth it as it happened. pic.twitter.com/kHopV0cMtw

This man right here killed over 3 million of our people. I do not know how unifying that could be. Never forget that.

You called Gowon Humane? I mean this was a man who reneged on a written agreement he signed at Aburi to avoid the war. And what did he do in response, he starved almost 3million women and kids to death because they needed to secure crude oil for Britain. That was wicked!

Gen. Ibrahim Babangida has several times apologized to the yorubas about his mistakes in annuling June 12. But "IGBO EFULEFUS" like you will never ever allow Gen. Yakubu Gowon tender apology because of political blindness.

You should have also sent a DM to him since it's a "personal" message sir. In issues like that, elites like you are expected to thread circumspectly! Nigeria, and the man in question, still owe Biafrans deep apology, and you spoke of him "working in God's vineyard," I wonder…

Nigeria does not have money to import foods – Buhari 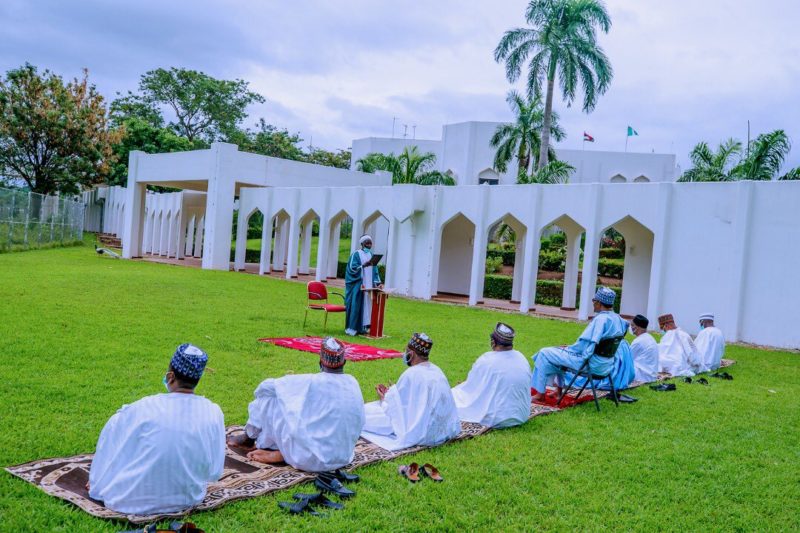 The President, Maj. Gen. Muhammadu Buhari [retd], has said the country does not have money to import food and has encouraged farmers to grow what Nigerians need.

Buhari made the comments on Sunday after performing Eid prayers with his family members at his official residence in the Presidential Villa.

Buhari, who challenged Nigerian farmers on the need to embark on massive productive agricultural activities this farming season, said:

“I hope the raining season would be bountiful so that we get a lot of food.

“I wish the farmers will go to farms and save our lives so that we can produce what we need in sufficient quantity so that we don’t have to import food.

“In any case, we don’t have any money to import food. So we must produce what we are going to eat.”

On the COVID-19 pandemic, the President reiterated his advice to Nigerians to strictly adhere to guidelines and measures put in place against the spread of the deadly virus in the country.

He noted that the pandemic had reduced both developed and developing nations to the same level, and advised Nigerians to always be careful so as to avoid infections.

“Nigerians can see that the COVID-19 has reduced us, both the developing and developed countries, to the same level. In fact, we have the least casualties than they have.

“So, it’s a very frightening development and I advise Nigerians to be very careful and take the advice of the Ministry of Health. Minister of Health has been doing very well, speaking and educating the citizens on the deadly virus.

“So Nigeria, we should be very careful.”

MORE READING!  Nigeria does not have money to import foods - Buhari
Continue Reading

Eid-el-Fitr: I observed prayers at home because of COVID-19 – Buhari 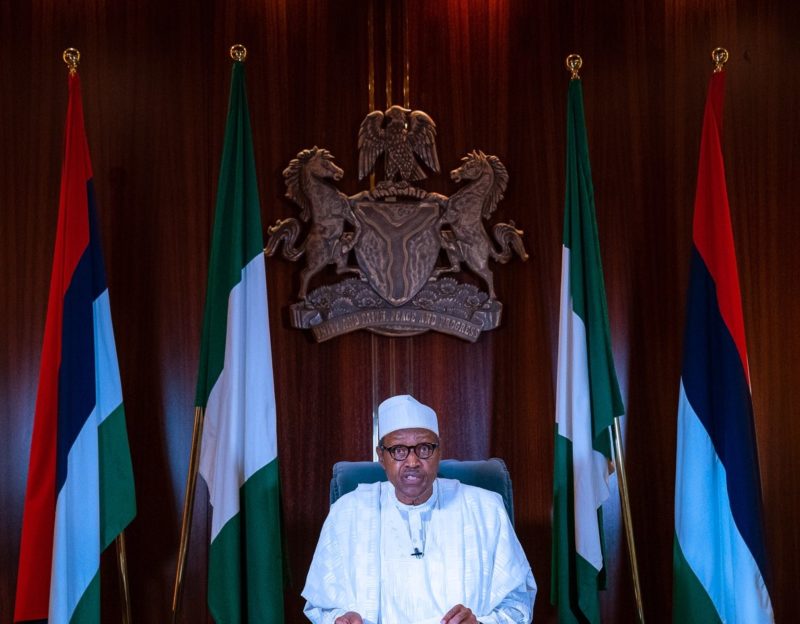 The President, Maj Gen Muhammadu Buhari (retd.), said on Sunday that he observed the Eid-el-Fitr prayers at his State House residence because of the raging COVID-19 pandemic.

He explained that his decision was in compliance with the measures put in place by the PTF which prohibited mass gatherings.

Buhari was joined at the prayers by family members, including his wife, Aisha, and son, Yusuf.

MORE READING!  Nigerian travels to the UK to give birth, ends up delivering inside Uber taxi

In a brief interview after the session, Buhari urged Muslims to reflect on the lessons of the period.

“I held Eid prayers at home today with my family, in keeping with the protocol of the Presidential Task Force on Covid-19 against mass gatherings, as well as the directive of the Sultan of Sokoto and President General of the Jama’atu Nasril Islam (JNI), Alhaji Sa’ad Abubakar III, suspending Eid congregational prayers across the country.” 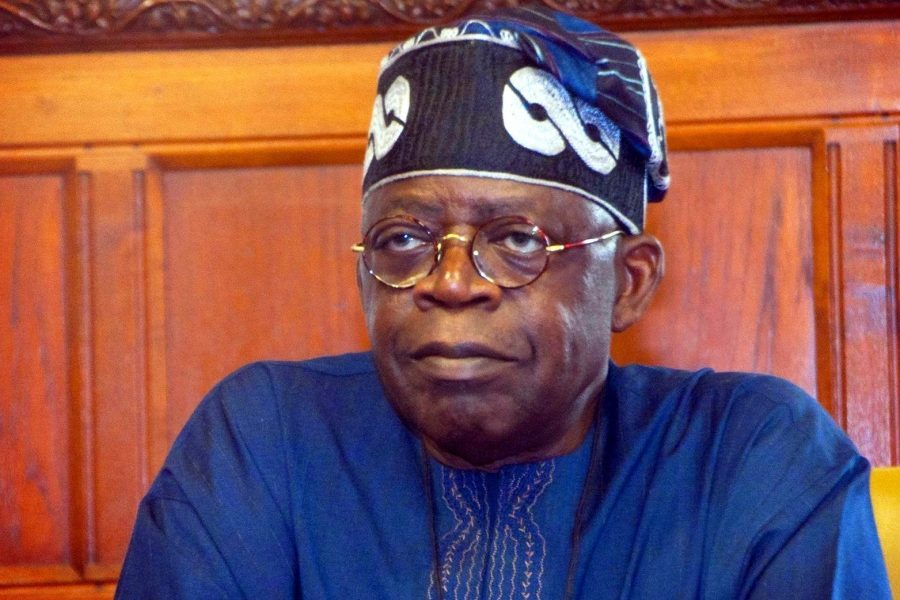 Tinubu praised the traditional ruler in a congratulatory message signed by his media adviser, Tunde Rahman on Sunday in Lagos.

Tinubu noted that his reign had not only helped to foster peace, stability, and tremendous development in the state, but also brought unity and cohesion within the traditional institution in Lagos.

“His reign this past 17 years has helped in engendering peace, stability, and development in the state as it has also brought unity and cohesion within the traditional institution in Lagos and beyond.

“A foremost traditional ruler fondly called ‘Olowo Eko,’ Oba Akiolu has led the way for other royal fathers in Lagos to follow and has given unwavering support to government’s policies and activities in Lagos, “Tinubu said.

He noted that his wise counsel was invaluable and had helped in navigating difficult junctures during his time as governor.

Tinubu said that in the same fashion, the Oba Akiolu had also made his tremendous experience and wisdom available for successive governors after him including the present governor Babajide Sanwo-Olu.

“I pray that his reign continues to bring forth peace, stability, and prosperity to Lagos State.