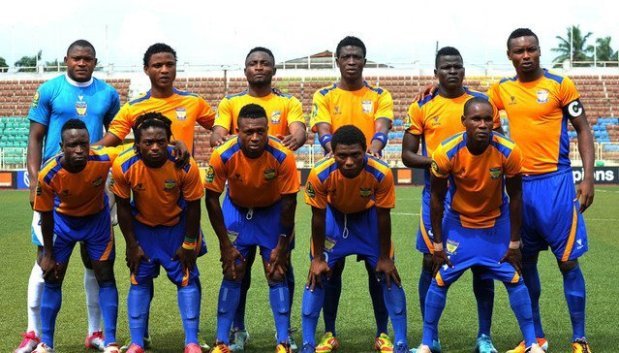 The Akure boys recorded their first goal 26 minutes into the first half of the tension-soaked Match Day 14 fixture through Amaka Anthony.

They scored their second goal 63 minutes into the game after failing to utilize many scoring chances during the match through Faux Ekelojuoti.

The home team were playing their first match at their real home after having played earlier home matches in over two and a half years in Jos, Lafia and Gombe.

They scored their lone goal through a penalty kick taken by Mohammed Garba.

In a post-match interview, the Technical Adviser of Sunshine Stars, Kabiru Dogo, commended his boys’ efforts in winning the match.

“In the past three or four years, I have been leading teams to beat them (Wikki Tourists), and today again I have made it again, so thanks to God Almighty.

“But it is a testy match for both sides. Wikki have been doing very well, but today the better team won the game,” Dogo states.

He described the officiating of the match as excellent, saying “for now we cannot say anything because we have achieved success”.

Newsmen report that, the Technical Adviser and other technical crew members of Wikki Tourists were not available for comments immediately after the match.

Their being unavailable may not be unconnected with the fears of being manhandled by the club’s fans who were angry over the team’s poor performance.

However, the club’s spokesman, Nasiru Kobi, described the performance of the team as “terrible and very disturbing.

“We played three home matches away in Gombe and lost them and now anticipated doing better while at our real home in Bauchi.

“But it is rather unfortunate that we lost it too, in spite of the teeming supporters.

“The supporters have been expecting the team to return here for their home matches, but this performance and result are disappointing to the team, the management, the government and the teeming supporters,” Kobi said.

He however appealed to the club’s fans, supporters and other stakeholders to exercise patience, assuring that the team would improve in subsequent matches.