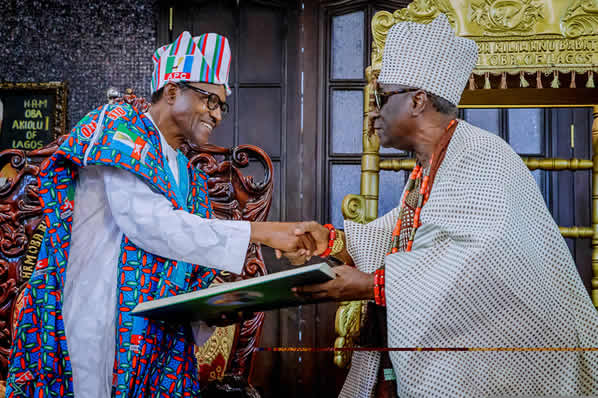 The Oba of Lagos, Oba Rilwan Akiolu on Wednesday said the election of President Muhammadu Buhari for a second term in office was a clear proof that no man but God gives power.

The monarch took a swipe at former President Olusegun Obasanjo, saying he arrogated to himself God’s powers ahead of the 2019 presidential election.

Akiolu made the statement when participants of the Senior Executive Course 41 of the National Institute of Policy and Strategic Studies, Kuru, visited him at his palace in Lagos.

The visitors, who were on a study tour of the state, were led by Dr Nasirudeen Usman, NIPSS Acting Director of Studies.

Akiolu said the president got his second term mandate from God through the people of Nigeria.

He said the claim by former President Olusegun Obasanjo prior to the election that Buhari would not win the election because he did not support him had been neutralised by the president’s triumph.

Akiolu said Obasanjo had always arrogated to himself the divine power to determine the country’s leaders, adding that Buhari’s victory in the last election had demystified him.

“I had said that Buhari would win even before the election, unfortunately, the number one person creating problems in this country is former president, Obasanjo.

“He arrogated to himself the powers of the Almighty Allah by saying it was the support he gave to Buhari that made him win the first term.

“Obasanjo said Buhari would not win the second term but did Buhari not win? Did I not say Obasanjo will be disappointed by the time the results were announced.

“The president’s victory clearly shows power belongs to God only and no man can decide who leads the country”, he added.

Akiolu urged Nigerians to support the president to deliver the goods as he begins his second term in office.

He said the problems of insecurity, unemployment and other challenges of the country would be better tackled if citizens joined hands with the government to address them.

The monarch urged politicians to put the issues of the last elections behind them and work together for the progress of the country.

Akiolu advised Alhaji Atiku Abubakar, the presidential candidate of the Peoples Democratic Party in the general elections to drop his case against Buhari’s election.

“If anyone of you here is close to Atiku, tell him he can never succeed in what he is doing now.

“Buhari will complete his term in office, but Buhari too has to listen to the people, pray to God and be honest in what he is doing ”, he said.

The monarch commended the visit of the NIPSS Executive course participants to the state, saying the state would benefit from the study tour of the delegation.

I am obsessed with sex, I have slept with over 2, 000 women, reveals Khloe Kardashian’s ex-husband Lamar Odom 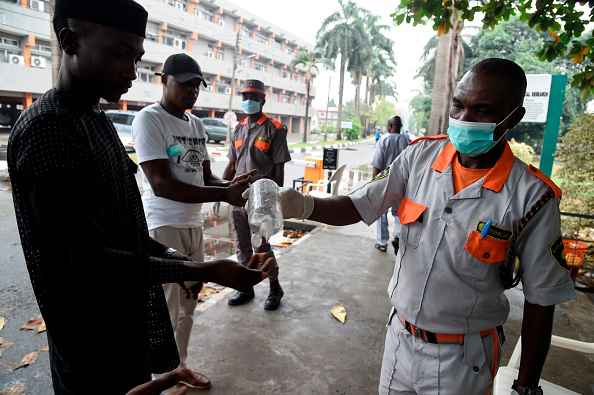 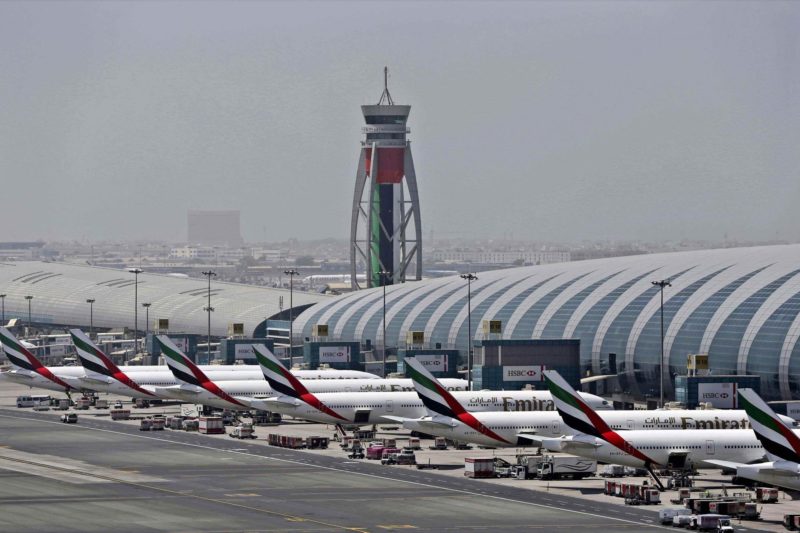 The United Arab Emirates, UAE, has dismissed reports that it placed travel restrictions on Nigerians, stressing that this was not true.

The UAE embassy in Abuja in a statement on Thursday affirmed the growing bilateral relations between the Arab nation and Nigeria.

At the onset of the COVID-19 pandemic, the UAE explained that it took a number of precautionary measures to combat the virus’ spread, including the temporary suspension on issuing UAE visas for all nationalities as of March 17, 2020.

“After entering the recovery phase of the pandemic, the UAE eased some measures on July 7, permitting visitors from various countries to adhere to the necessary precautionary measures, including by showing negative PCR test results within 92 hours of travelling to the UAE. This includes those visiting from Nigeria,” it said.

However, the mission disclosed that travel between the UAE and Nigeria has remained limited due to the closure of Nigerian airspace, noting that the UAE authorities have continued to work closely with the Federal Government to obtain the necessary approvals to facilitate travel between the two countries.

MORE READING!  Microsoft to buy TikTok after Trump announced he'll ban company from operating in US

Meanwhile, the FG has explained the delay in the evacuation of Nigerian students from Saudi Arabia.

The Ministry of Foreign Affairs said it was never in the picture of the failed planned evacuation.

The students had accused the ministry, the Nigerian mission in Riyadh and the Consulate General of Nigeria in Jeddah of refusing to facilitate their evacuation to Nigeria since May 15.

But the ministry spokesperson, Mr Ferdinand Nwoye, in a statement said Saudi Airlines that was contracted for the evacuation did not inform the embassy of the dates or sought for approvals from Nigeria through the established diplomatic means.

Nwoye stated that the claim of abandonment by the students was misleading.

“Though the Saudi Airlines fixed 8th July and 1st August 2020, respectively, the airline never informed the embassy of the dates or sought for approval of the proposed dates from Nigeria either through the Embassy of Nigeria in Riyadh or the Consulate General of Nigeria in Jeddah, which is against the spirit of established diplomatic protocols, hence the inability to operate the said flights.” 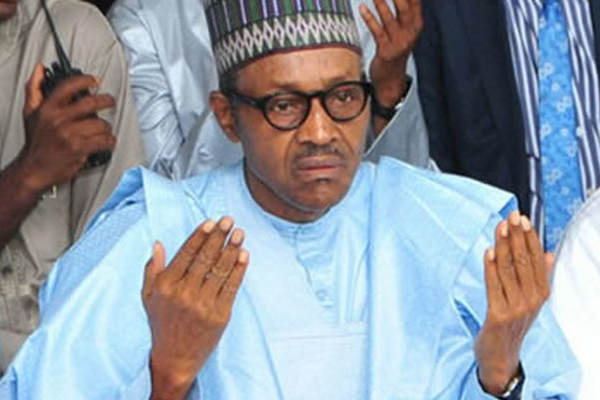 On Thursday, President, Major General Muhammadu Buhari (retd.), condoled with President Michel Aoun over the explosions that rocked Beirut, killing many in its wake.

The Special Adviser to the President on Media and Publicity, Femi Adesina, disclosed this in a statement made available to journalists.

The statement was titled “President Buhari sympathises with Lebanon over massive explosions.”

“President Muhammadu Buhari has condoled with President Michel Aoun and the people of Lebanon over massive explosions that rocked Beirut, the capital city on Tuesday, leaving 137 dead, over 5,000 wounded, and more than 300, 000 displaced.

“The President also extended the sympathy of government to the large community of Lebanese in Nigeria, praying that God will rest the souls of the dead, comfort the grieving, and grant succour to the wounded and displaced.

“Describing the explosions, suspected to be caused by tons of ammonium nitrate stored in a warehouse, as ‘tragedy of monumental proportions,’ President Buhari pledged the solidarity and brotherhood of Nigeria to Lebanon at this period of travails.”