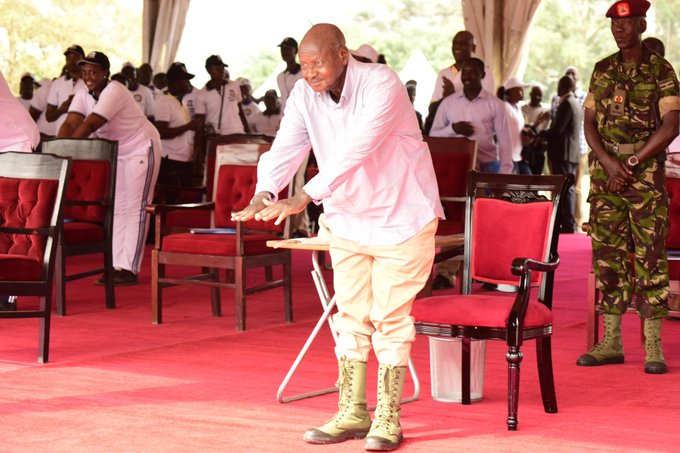 The septuagenarian president of Uganda, Yoweri Museveni has said being obese is also a sign that someone is possibly corrupt.

“I think obesity is also part of corruption,” Museveni said on Wednesday while leading an anti-corruption walk in the East African country.

The 75-year-old president, who is seeking re-election for a record 6th term in 2021, said he had resolved to lose weight.

“I have, however, deliberately lost weight by shedding off that fat that I had allowed to accumulate on my body frame because the doctors had not explained to us clearly the mistake of not fighting fat,” he said.

Speaking on his government’s fight against corruption, Museveni said the fight was dear to his presidency and urged those in authority to work hard and not reap where they did not sow.

The Ugandan President noted that the wealth he has personally accumulated over the years was as a result of his hard work.