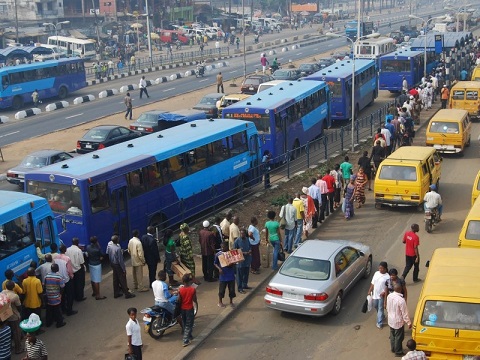 Primero Transport Services Ltd., operator of Bus Rapid Transit (BRT) in Lagos, says it has rolled out more than 300 buses to cushion the effect of the Lagos State Government’s ban on commercial motorcycles (Okada) and tricycles (Keke) operation in some parts of the state.

The Managing Director of the firm, Mr Fola Tinubu, made the disclosure in Lagos on Monday.

Tinubu said that the company had repaired and refurbished some of its buses to further meet the demand of teeming commuters.

“We have rolled over 300 buses out today to cushion the effects and we plan to put out even more later in the week.

“We have been repairing the faulty ones and plan to put even more on the road this week,” Tinubu said.

The managing director said that the repaired buses were deployed on the BRT existing routes.

He said that the firm needed the approval of the state government before moving to new routes.

The government on Jan. 26, had announced its intention to intensify enforcement of the extant Transport Sector Reform Law, 2018 from Feb. 1.

The law banned the operation of Motorcycles (Okada) and Tricycles (Keke) in some Local Government Areas (LGAs) and Local Council Development Areas (LCDAs).

According to the state government, the rate of crime aided by motorcycles and tricycles has been on the rise, as they are also used as get-away means by criminals.

The state government said that the law also banned motorcycles and tricycles on all highways, bridges and some listed roads.