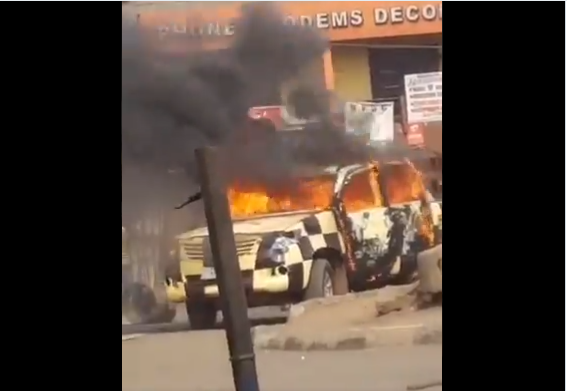 This incident happens after the recent clash of okada riders with police officers at Ijora area of the state following the ban on Okada and tricycles known as Keke in some parts of Lagos.

MORE READING!  Covid19: Some of the recalled retired medical personnels are refusing to show up – Shehu Sanni reveals

Eyewitnesses say buses have been destroyed while stones have been hurled at law enforcement officers.

A vehicle belonging to the Lagos State Traffic Management Authority (LASTMA) is also seen on fire, although the authenticity of the video could not be confirmed.

See series of tweet’s below: