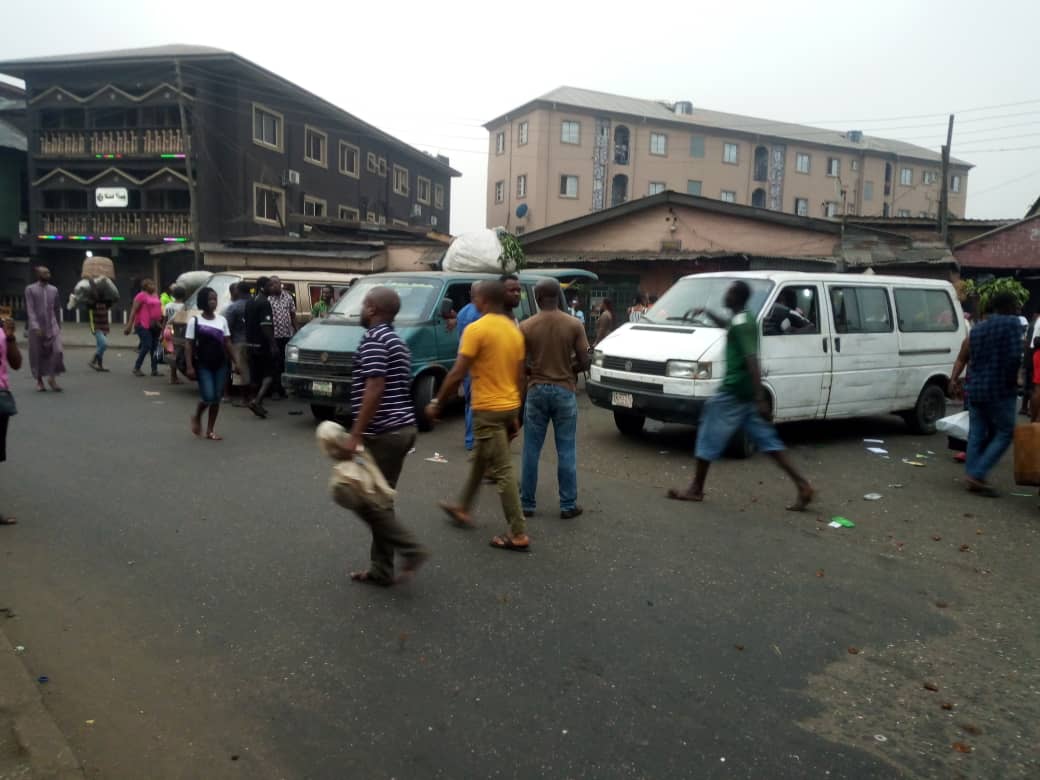 Lagosians are rueing the Lagos State Government ban on commercial tricyclist and motorcyclists – popularly known as keke and okada respectively – and many have chosen to share their experiences on social media.

And a lady, one Barakah Olaniyan/@thebarakah_,  written a short letter to Governor Babajide Sanwo-Olu after a man offered to suck her vagina while she trekked. She noted that she would have used an okada or keke to commute the area.

Saying that Lagos is hotter than hell, the lawyer wrote,

Dear Sanwo Olu, my cousin and I walked from Unilag junction to Ransome Kuti. We’d have taken a bike instead.

On our way a man offered to suck one of us’s vagina, and We had to run from Car wash side to The gate. 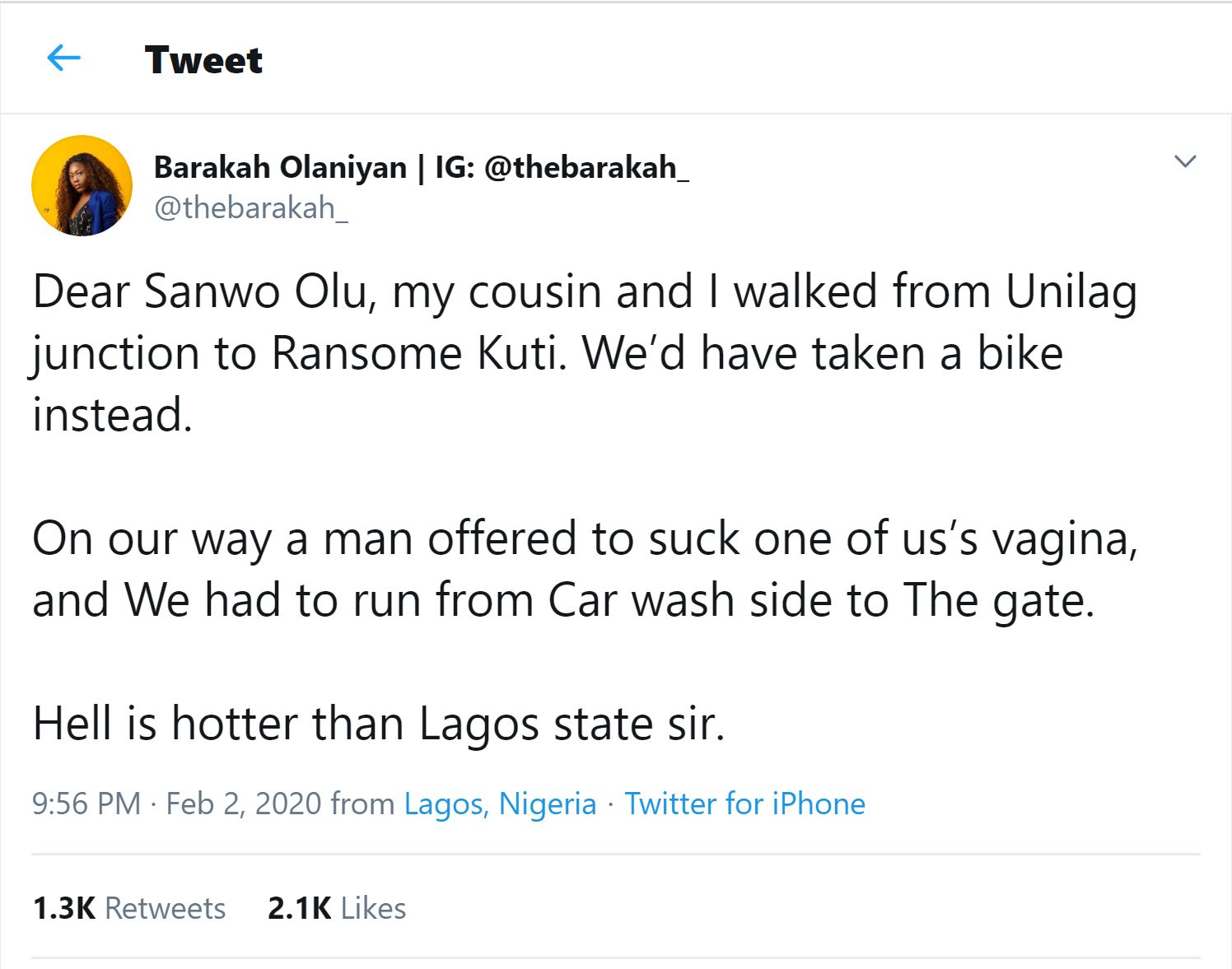