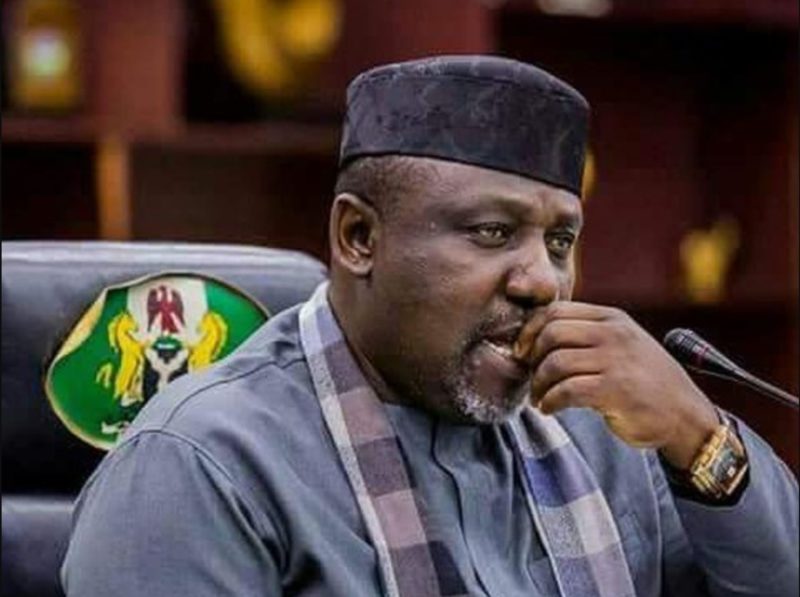 The Committee on the Recovery of Imo Government Property has alleged that about N50 billion worth of property belonging to the state was discovered to be missing after former Governor Rochas Okorocha left office.

Chairman of the committee, Jasper Ndubuaku, revealed this on Wednesday at a press conference in Owerri, while speaking on the recoveries so far made by the committee.

He said that it was regrettable that after all the efforts made by the committee to recover the missing property, over N50 billion worth of government property were allegedly still in the hands of Okorocha’s former aides and cronies.

The committee was inaugurated by Governor Emeka Ihedioha shortly after assuming office to recover all government movable property from former functionaries in the last administration.

Ndubuaku said that three vehicles out of five allegedly taken away by Okorocha’s Aide-De-Camp had been recovered.

He said that 66 utility vehicles were missing from the Government House and that six of them were allegedly traced to the Wife of the former Governor, Nkechi.

He further disclosed that all the furniture in the Ministry of Happiness and Purpose Fulfillment, which had Okorocha’s younger sister, Mrs Ogechi Ololo, as the Commissioner, were also missing.

He said the committee had appealed to the former governor’s aides and other government functionaries to return all the government property in their custody.

Ndubuaku said that the committee might be compelled to adopt other measures to recover the missing property, should its diplomatic approach fail.

He attributed the huge breakthrough made so far to the whistle blowing policy adopted by the committee.