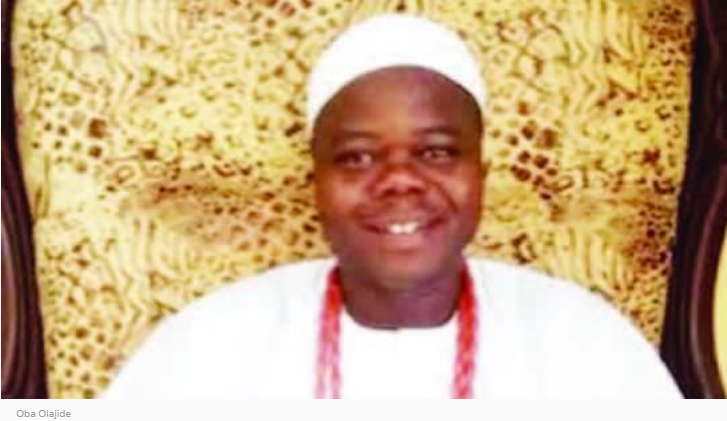 It was gathered that the suspected kidnappers attacked and attempted to abduct the monarch on the Akure Airport Road in Osi, the same spot where a woman, Mrs Olawumi Adeleye, and her stepson were kidnapped on Sunday.

However, it was learnt that the attempt to abduct the monarch was unsuccessful as Oba Olajide managed to escape from the scene.

Speaking with The Punch on the incident, the monarch explained that the earlier victims, Adeleye and her stepson, were released on Tuesday and he took them to the state police headquarters in Akure, but on his way back to his community, the hoodlums attacked him but he managed to escape.

“After their release, I took the woman and her stepson to the police headquarters to hand them over to the police. On my way back, the herdsmen blocked the road with their cows, the same way they had kidnapped the woman and the boy.

“As I approached the place, I slowed down my car and I saw them coming to attack me, but I managed to escape. They hit and damaged my car but through the grace of God, I escaped.”

Oba Olajide stated further that one of the hoodlums was later arrested and handed over to the police.

The state Police Public Relations Officer, Femi Joseph, while confirming the incident, said the suspect was in custody.

“We have the suspect with us; we are already making efforts to arrest the fleeing members of the gang and investigation has also commenced into the incident,” Joseph said.